Last year, Federal officials determined that a proposed expansion of the 710 Freeway in Southeast Los Angeles County may violate Clean Air Act standards. This week, following growing calls to put the kibosh on the $6-billion project, Metro's Board of Directors did just that, voting unanimously to scuttle the decades-old plan. 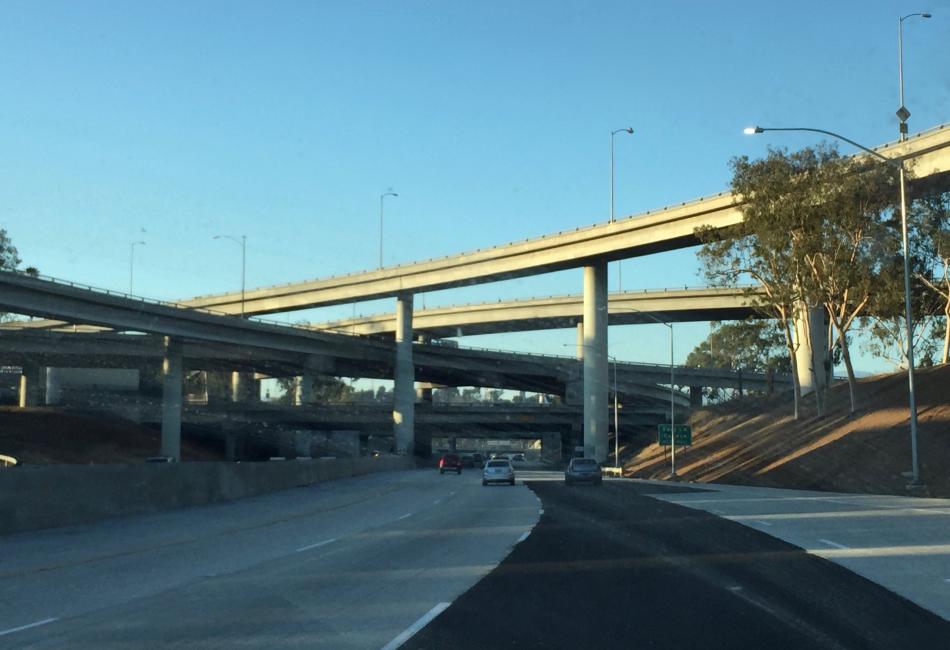 View of the 710 FreewayWikimedia Commons

“Widening this freeway and wiping out neighborhoods is not the pathway forward, and neither is the status quo,” said Supervisor Janice Hahn in a news release. “We may be closing out an old chapter, but today we're going to write a new chapter. We have an opportunity to use the funding we already have set aside for this project on smarter ways to improve air quality, reduce congestion, improve mobility, and address safety concerns for everyone living and traveling along this corridor.”

The move by the Metro Board frees up $750 million in local sales tax money previously allocated to the project, which could instead go toward other measures to improve traffic congestion, air quality, and street safety in communities along the 710 corridor.

If that story sounds familiar - it should. In 2018, Metro similarly canceled a decades-old plan to extend the 710 north to Pasadena, freeing up money for other forms of transportation infrastructure within the project corridor. 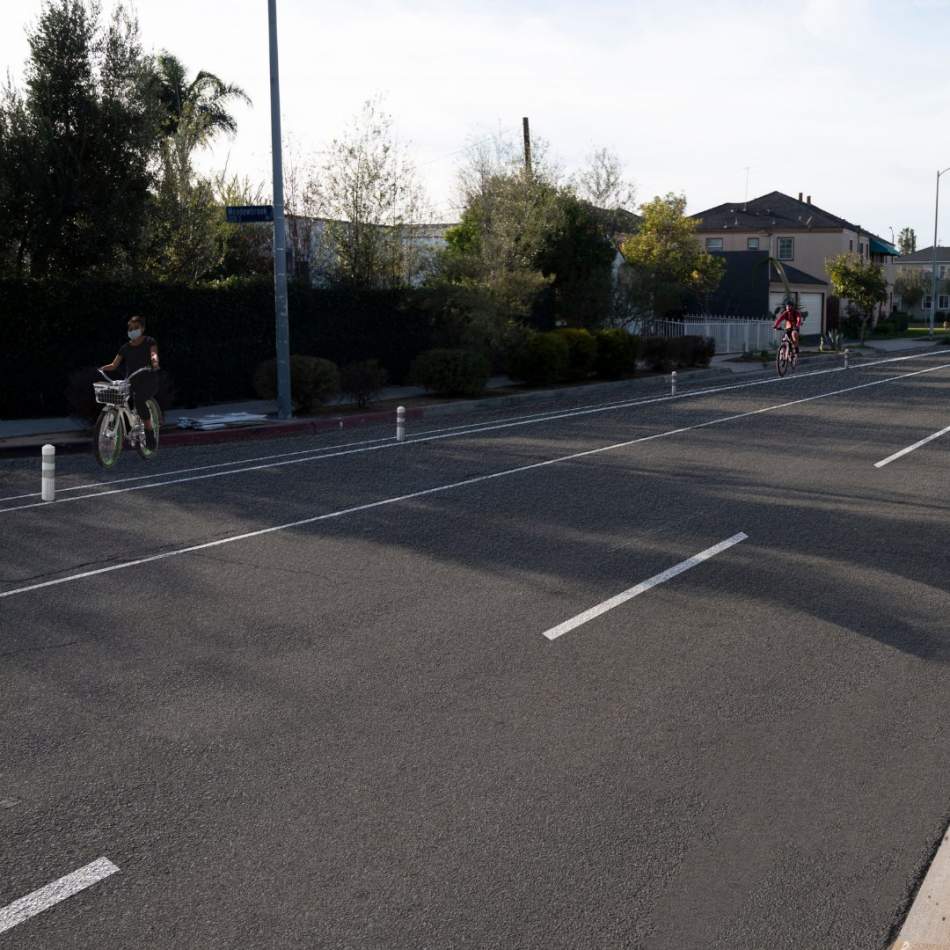 In the face of rising traffic deaths, advocacy organization Streets for All recently began outreach for Healthy Streets LA, a ballot initiative which aims to force the City of Los Angeles to accelerate implementation of new transportation infrastructure envisioned in its Mobility 2035 plan. Now it seems that Los Angeles city officials are hopping on board.

Earlier this week, Los Angeles City Council President Nury Martinez and Councilmembers Monica Rodriguez, Marqueece Harris-Dawson, Curren Price and Kevin de León introduced a motion which directs the City Attorney to draft a safe street ordinance based on the nascent ballot measure. Implementation would require the city to install the improvements listed in the mobility plan when all streets are resurfaced.

However, Martinez indicates that the Council-initiated proposal differentiates from the Health Streets initiative with a prioritization of low-income neighborhoods, while also setting a local hire program for new projects.

“Time and time again we find that working-class communities bear the brunt of the problems our city is facing,” said Martinez in a statement. “Residents in these communities deserve justice, and right now, justice is finding solutions to traffic violence that work. Traffic deaths are rising and Angelenos simply cannot wait for safe streets – their lives depend on it.”

L.A. City Council moves to buy apartments to protect tenants from huge rent hikes "Housing officials have proposed a strategy where the city would purchase the building, then sell it to the housing authority, which has a portfolio of public housing developments. The housing authority would ultimately pay the city back, while providing Section 8 vouchers to each unit in the building and restricting rent increases for a 55-year period." (LA Times)

A new look and purpose for East L.A. traffic medians "Two wide traffic medians, about three-acres in size, were planted with trees and drought-tolerant and native plants. Walking paths were built, and benches, tables and fitness equipment were added." (Eastsider)

I’ll be back: from Terminator to Grease, LA’s most iconic bridge gets a thrilling sequel on seismic springs "The Sixth Street Bridge was the gritty go-to location for dance-offs, shoot-outs and car chases until it was torn down. Can the $500m rebuild bring back the fun of the freeway – and unite a divided city?" (Guardian) 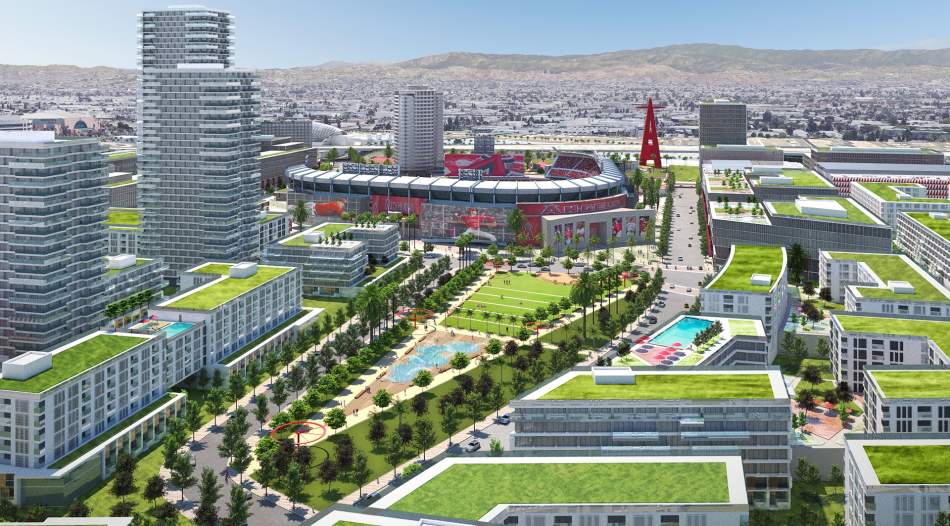 Anaheim City Council votes unanimously to halt the sale of Angel Stadium "The decision to terminate the deal does not leave the Angels homeless. Because the sale hasn’t been finalized, the stadium remains under the ownership of the city, and the Angels remain under a lease that binds the team to Angel Stadium through at least 2029. The team has the option to stay through 2038." (LA Times)

These E-Scooter Companies Are Changing Their Low-Income Programs in LA "When Lime launched in Los Angeles in 2018, the company offered five free rides per day to low-income riders, so long as they were under 30 minutes each....But in early May, that changed. Rides under 30 minutes now cost low-income Angelenos a flat rate of $1.25. As for the five free rides per day, that program ended December 2021 and was replaced by a rate of $0.50 fee to unlock e-scooters, plus $0.07 per minute (and tax)." (dot LA)