Nearly one year after we last dropped in, construction has entered the home stretch at the West Edge, a new mixed-use development from Hines near Expo/Bundy Station. 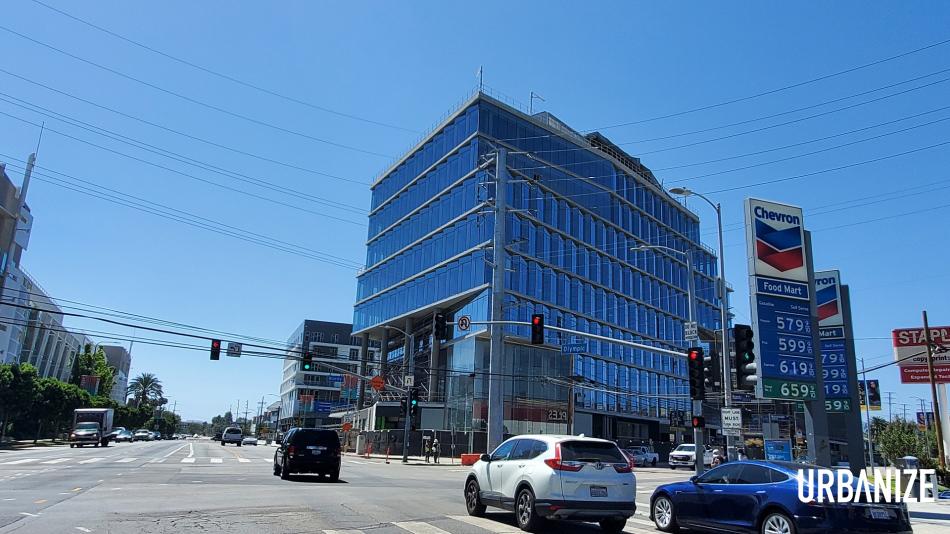 The project, a joint venture with Philena Properties and USAA Real Estate, replaced the Martin Cadillac dealership with new buildings featuring 200,000 square feet of offices in addition to 600 apartments - including 120 units of workforce and very low-income level housing - above approximately 90,000 square feet of ground-floor commercial space.

Two anchor tenants have already been announced for the property.  League of Legends maker Riot Games, headquartered out of a nearby property to the north on Bundy, has agreed to lease the entirety of the property's office space, while high-end supermarket chain Gelson's will occupy roughly 36,000 square feet of the retail space.

Gensler, AC Martin, and Rios lead design team for the project, which includes an eight-story office tower fronting the intersection of Olympic and Bundy, and an L-shaped, seven-story apartment building framing the northern and western boundaries of the 4.8-acre development site. Between the two, a roughly one-acre pedestrian paseo cuts through the site, allow cut through traffic between the two street frontages. 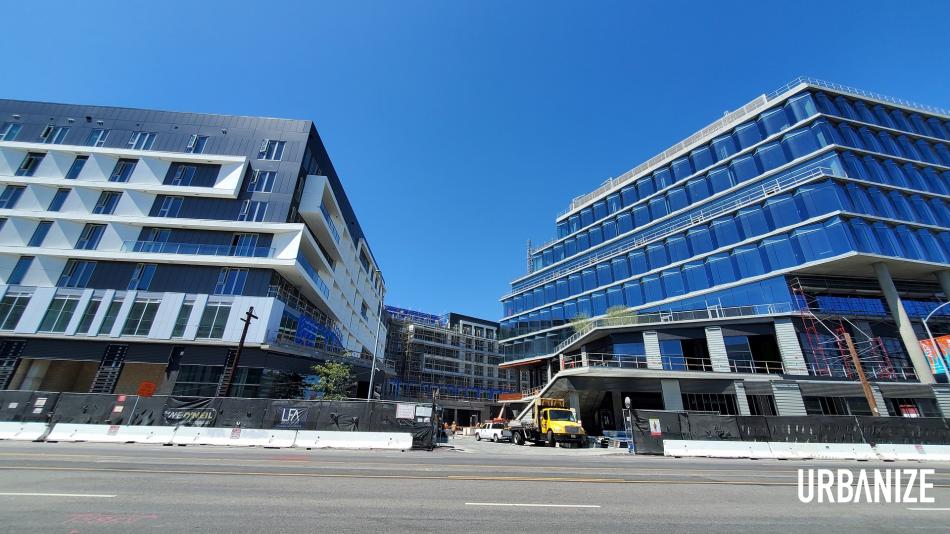 A grand opening for the West Edge is expected in 2023.

Hines, which is leading the development, is also seeking to redevelop properties next to Warner Music Group's Arts District headquarters with a new office campus.