One block southwest of the intersection of Wilshire Boulevard and Vermont Avenue in Koreatown, vertical construction is complete for a new apartment tower from Holland Partner Group, and glass is climbing the trunk of the building. 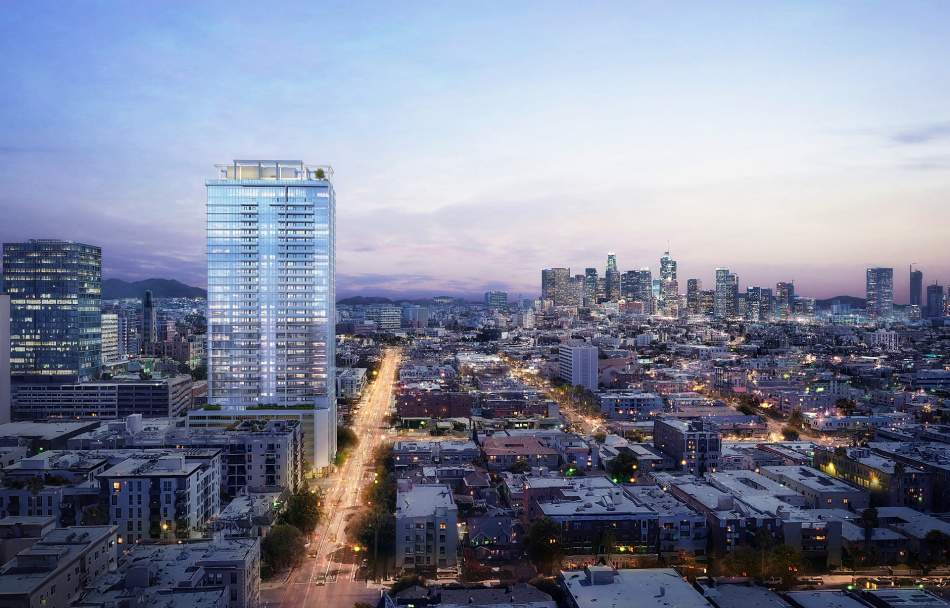 Located at the northeast corner of 7th Street and New Hampshire Avenue, the project consists of a 38-story building which will feature 375 residential units on its upper floors.

MVE + Partners is designing the contemporary glass-and-steel tower, which places its apartments atop an eight-story parking podium. Architectural plans show amenity decks above both the building's podium and rooftop.

According to a landing page on the Holland Partner Group website, the project will be named "Hallasan." Completion of the tower is expected in Spring 2023. 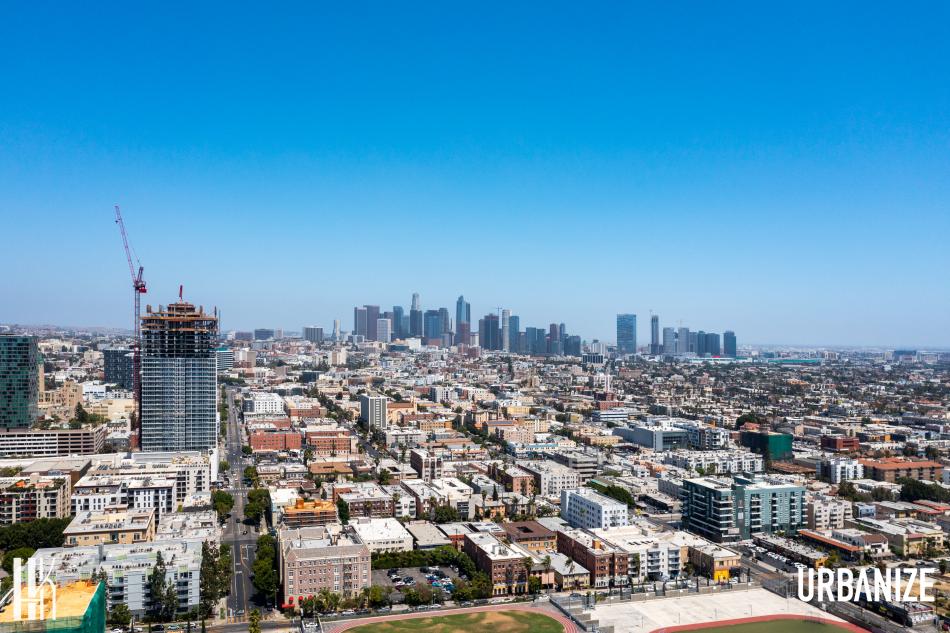 Hallasan was originally approved as a component of a larger mixed-use project by Harridge Development Group, which also calls for converting a former I. Magnin department store on Wilshire Boulevard into a 160-room hotel, while construction a low-rise apartment building next door.

The tower is the latest in a recent string of high-rise developments along in Koreatown, following the 25-story Kurve on Wilshire and 3033 Wilshire. Other projects in the works include a two-tower complex from Jamison Services near Wilshire/Normandie Station and the 40-story Terrace Block development.

Holland Partner Group, in addition to Hallasan, is also building a 185-unit apartment building in East Hollywood, and is behind proposed projects in Echo Park, Mid-Wilshire, and San Pedro.