At the intersection of 52nd Street and Crenshaw Boulevard in Hyde Park, Haroni Investments is prepping for construction at its latest South L.A. apartment complex. 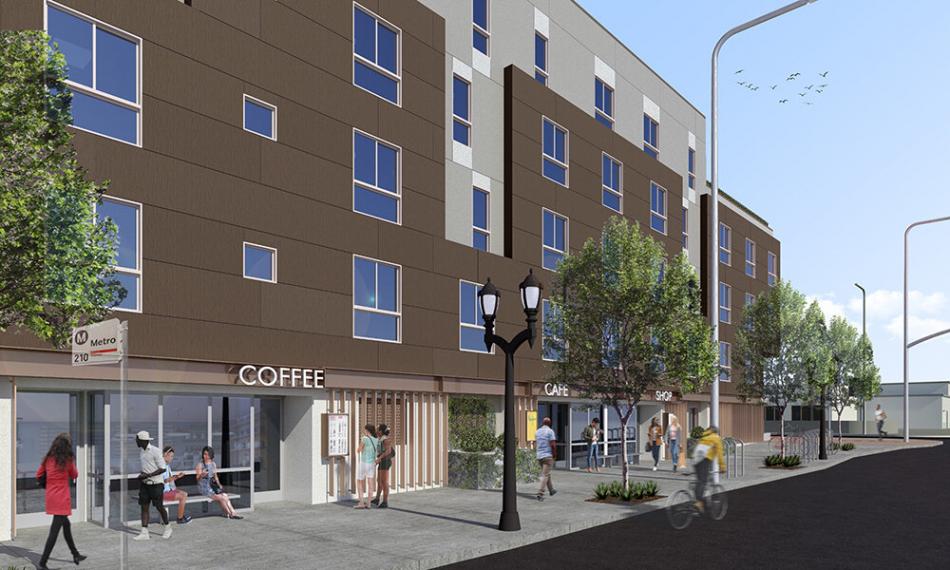 The new project, named for its address at 5144 S. Crenshaw Boulevard, will replace a tire shop with a new five-story mixed-use building containing 78 one- and two-bedroom apartments above nearly 3,400 square feet of ground-floor commercial space and 64 parking stalls located at grade and in a single-basement level.

Haroni entitled the site using Transit Oriented Communities incentives to allow for increased density and height, as well as reductions to required side yards and open space. In exchange, eight of the new apartments will be set aside as deed-restricted affordable housing at the extremely low-income level for a period of 55 years.

John Kaliski Architects is designing 5144 Crenshaw, which will consist of four floors of wood-frame construction above a concrete podium and feature a rooftop terrace and a central courtyard. 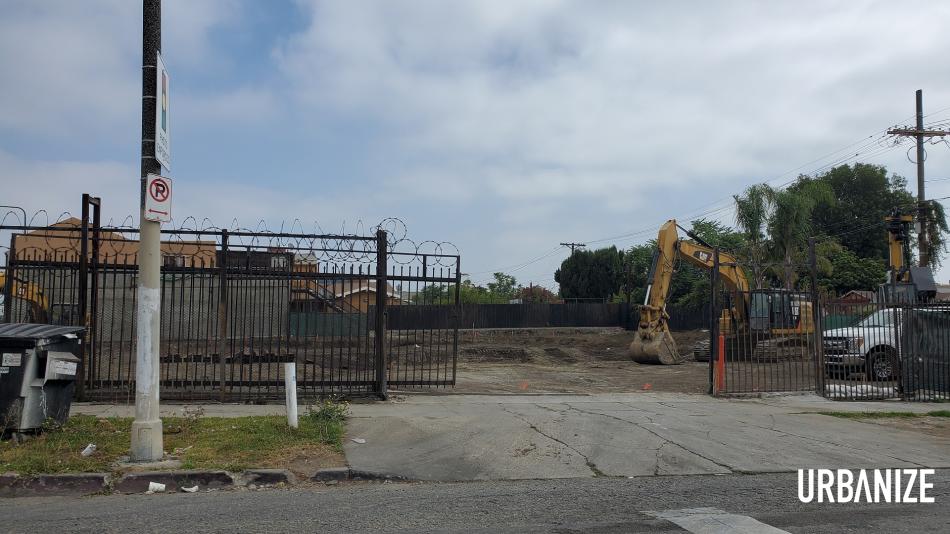 "The facade is mainly composed of fiber cement panels and [two] colors of stucco that all work together to modulate the exterior and create a sense of movement," reads a description from the firm's website. "Wood louvers and a continuous sign band embellish the ground floor along Crenshaw [Boulevard], welcoming pedestrians to use the retail spaces. Furthermore, the tower and signage reference the architectural character of the Crenshaw Corridor, visually connecting the building to its context."

The project is one of a handful of similar mixed-use buildings in development on the surrounding stretch of Crenshaw, which sits a short walk north of a new Metro stop slated to open this year at the street's intersection with Slauson Avenue. Directly across the street, a vacant laundromat has also been approved for redevelopment with housing and commercial space, while a 48-unit apartment complex is slated to replace commercial buildings at 54th Street and Crenshaw. 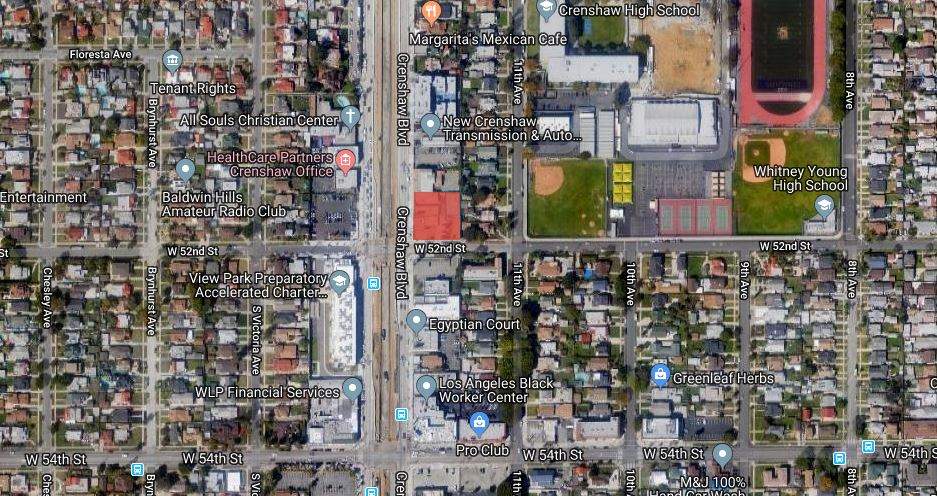