One year after we last checked in, wood framing is starting to rise for California Landmark Group new multifamily residential development on the outskirts of Century City. 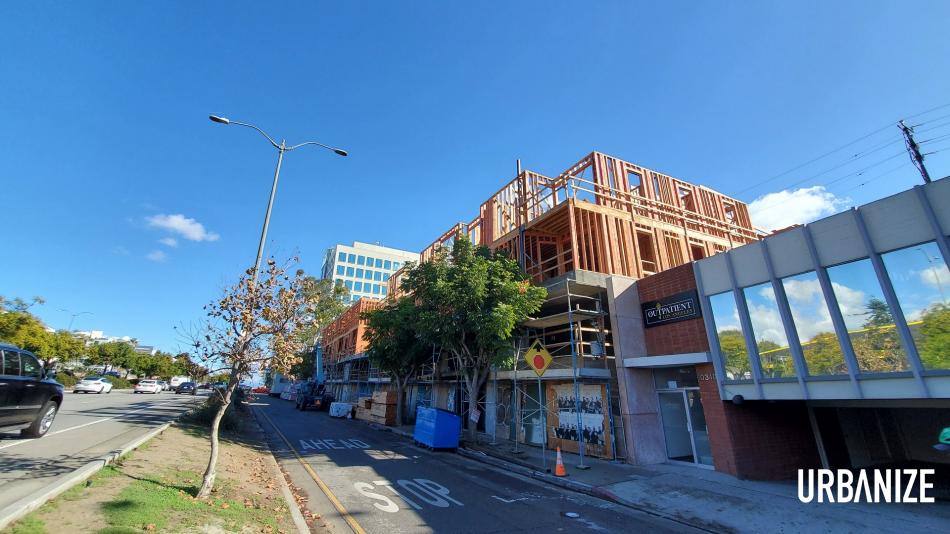 Located at 10306-10330 Santa Monica Boulevard, the project will eventually consist of a six-story building featuring 91 one-, two-, and three-bedroom dwellings above parking for 68 vehicles.

Approved in 2020, the project uses density bonus incentives to permit a taller building with more floor area than zoning rules would typically allow. In exchange, California Landmark Group will set aside 11 apartments for rent as very low-income affordable housing. 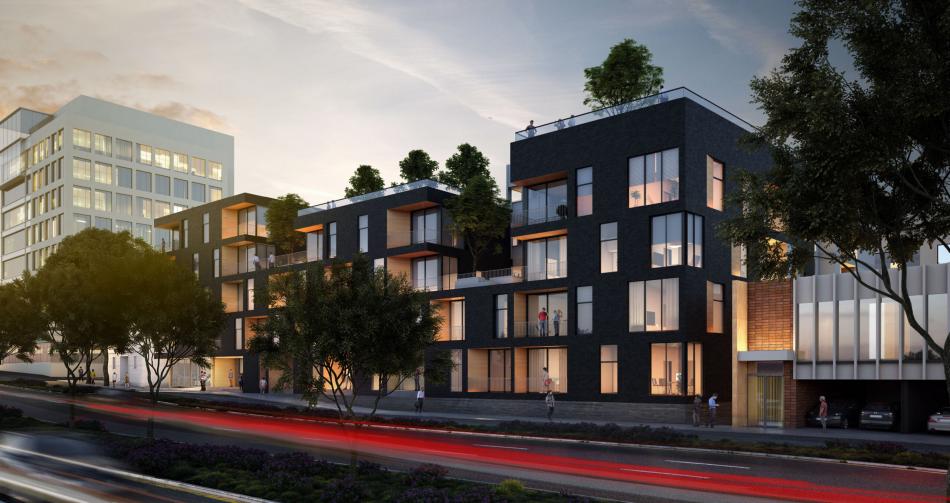 Abramson Architects is designing 10306 Santa Monica, which will feature an exterior of textured concrete and dark grey plaster, as well as amenities such as rooftop decks, a central courtyard, a gym, and a business center.

"By breaking the massing into smaller volumes, the structure blends seamlessly with the larger Century City towers and the low-rise context," reads a design narrative from a landing page on the firm's website. "Recessed private balconies feature contrasting accent materials that add an air of whimsy to the exterior facade while casting dynamic shadows inside each of the units." 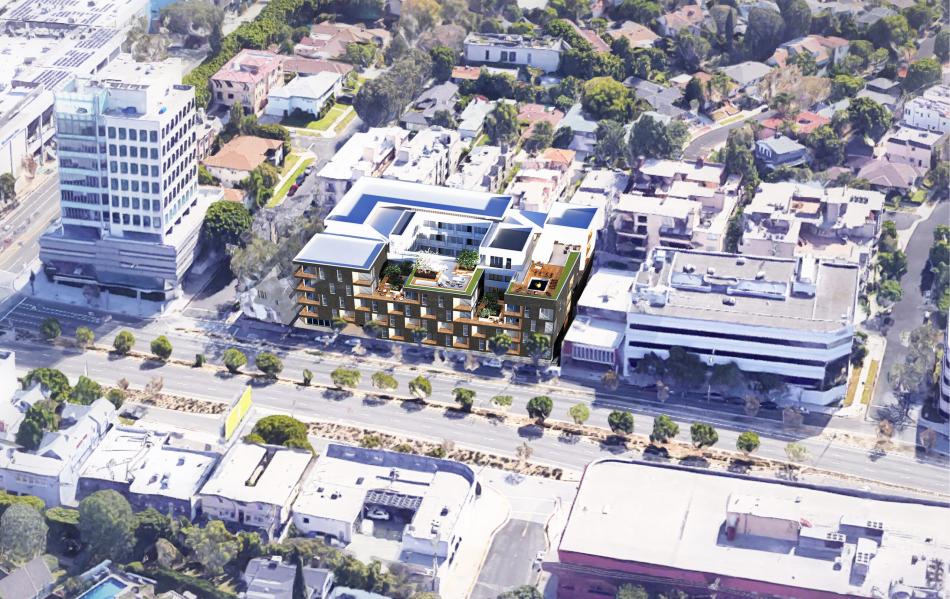 California Landmark Group, in addition to its Santa Monica Boulevard project, is currently in construction at two new apartment buildings near Sony Pictures Studios in Palms.