At its meeting yesterday, the Los Angeles City Planning Commission voted to support a proposal from local artists Ralph Ziman and Maria Greenshields-Ziman for a boutique makeover and expansion of a century-old hotel in Downtown. 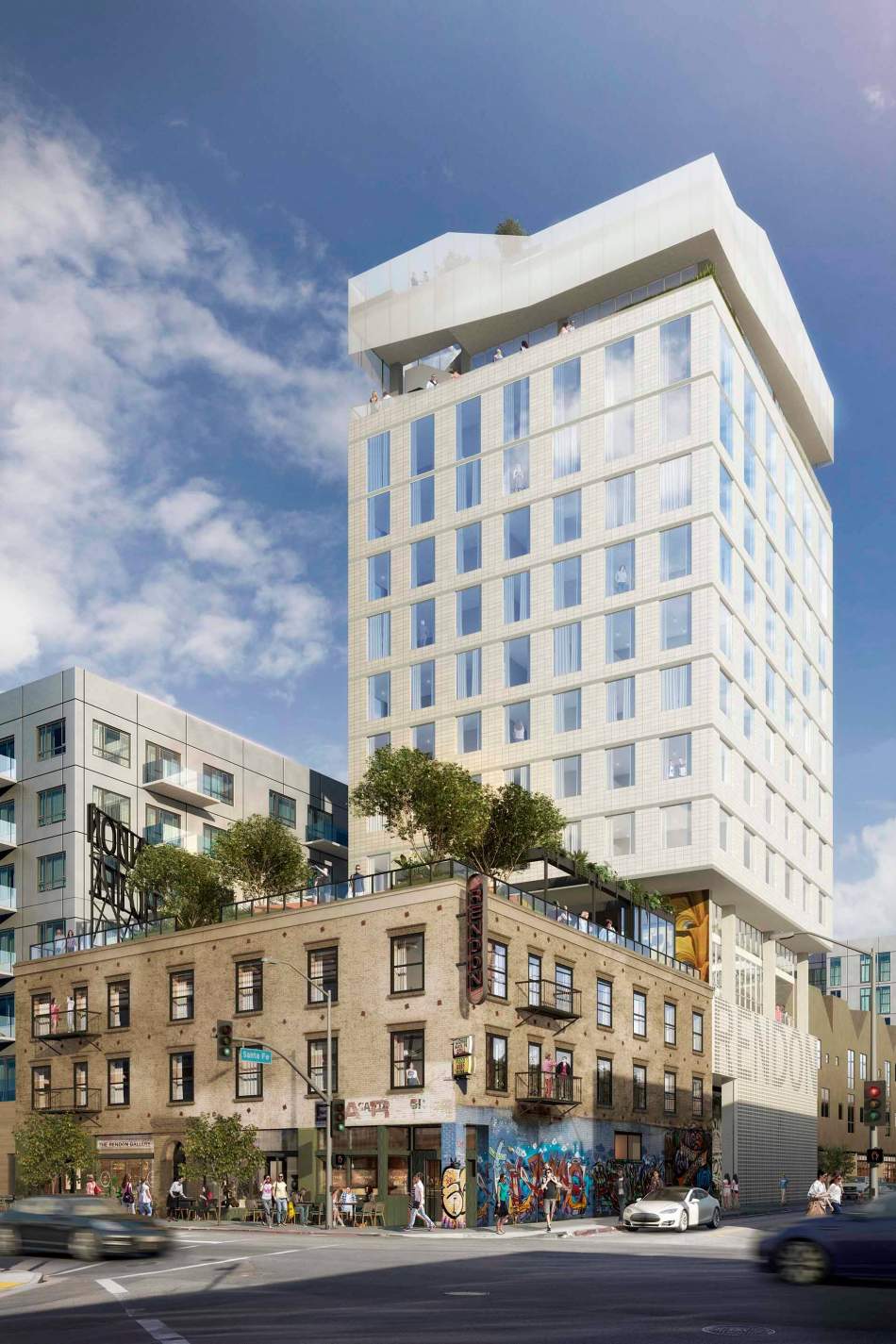 The project, which was first submitted to the Planning Department for review in 2017, is slated for an approximately quarter-acre property at the northwest corner of 7th Street and Santa Fe Avenue, which is currently improved with surface parking and the three-story Rendon Hotel, which was completed in 1914. The Zimans' proposal calls for restoring the brick building and adding a fourth floor, while also redeveloping the adjoining parking lot with a 15-story tower. At completion, the property would feature 103 hotel rooms accompanied by 15,907 square feet of commercial space - including an art gallery, a cafe, a restaurant, and a bar.

The Commission vote also approves a request to develop the Rendon without on-site parking, although the hotel would have access to 58 parking spaces at an off-site location through a private agreement.

Downtown-based architecture firm Omgivning is designing the project, which calls for a restoration of the Rendon, which was named for its former manager Ada Rendon. The new construction, located to the north of the intersection, would stand 172 feet in height and feature an exterior of exposed white concrete. Amenity decks and commercial uses are proposed for the tower's fourth floor, upper level, and rooftop. 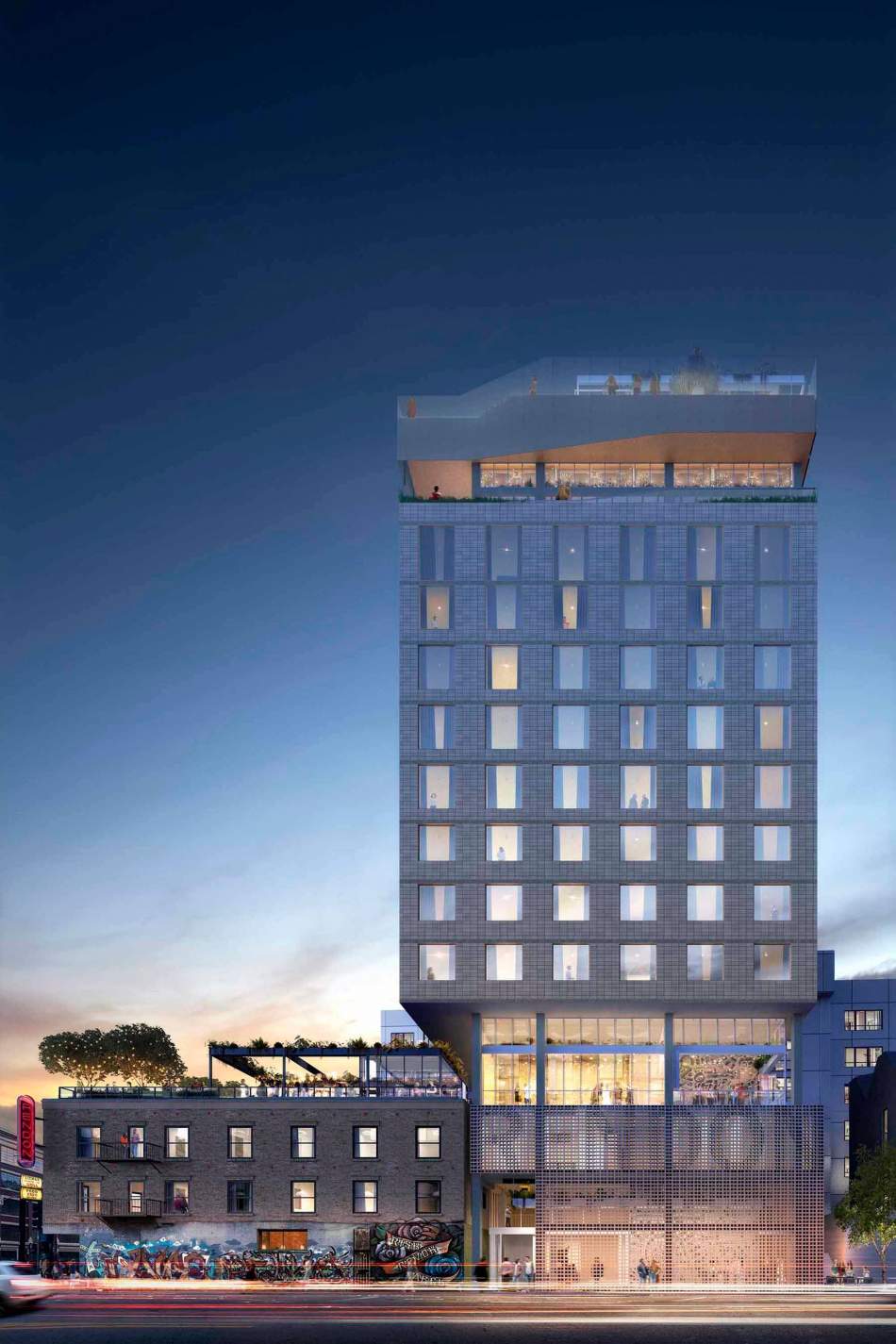 Plans to redevelop the Rendon are being paired with a plans to reactivate a residential hotel at 719-725 E. 5th Street, an early 20th century building which has previously been slated for conversion to market-rate housing, but is currently vacant. The creation of 42 residential units at the three-story structure would allow proposed hotel project to comply with the terms of the Wiggins Settlement Agreement, which limits the loss of SRO and affordable housing units within the Downtown area.

Plans to reactivate the building on 5th Street faced opposition Unite HERE Local 11, which represents hospitality workers, and CREED LA, a coalition of building trades unions, both of which submitted appeals to the Commission, arguing that a mitigated negative declaration conducted for the project failed to fully capture the project's environmental impacts. A staff response refuted the claims of both appellants, and recommended that the Commission should uphold the project's approval.

The Commission's vote to approve the project included conditions that the new apartments at 5th Street property, known as the The El Sol, be subject to the city's rent stabilization ordinance. Additionally, future residents would be offered Metro monthly passes or a cash stipend of the same value.

The Rendon development is the latest in a recent series of new commercial developments in the works near the intersection of 7th Street and Santa Fe Avenue, including large mixed-use projects from Onni Group and Hines which are slated for nearby sites on Violet Street, and a Bjarke Ingels-designed tower complex planned along the L.A. River.

Location of The RendonGoogle Maps