More than one year after we last checked in, work has come to a close at Carmel Partners' massive Cumulus District development. 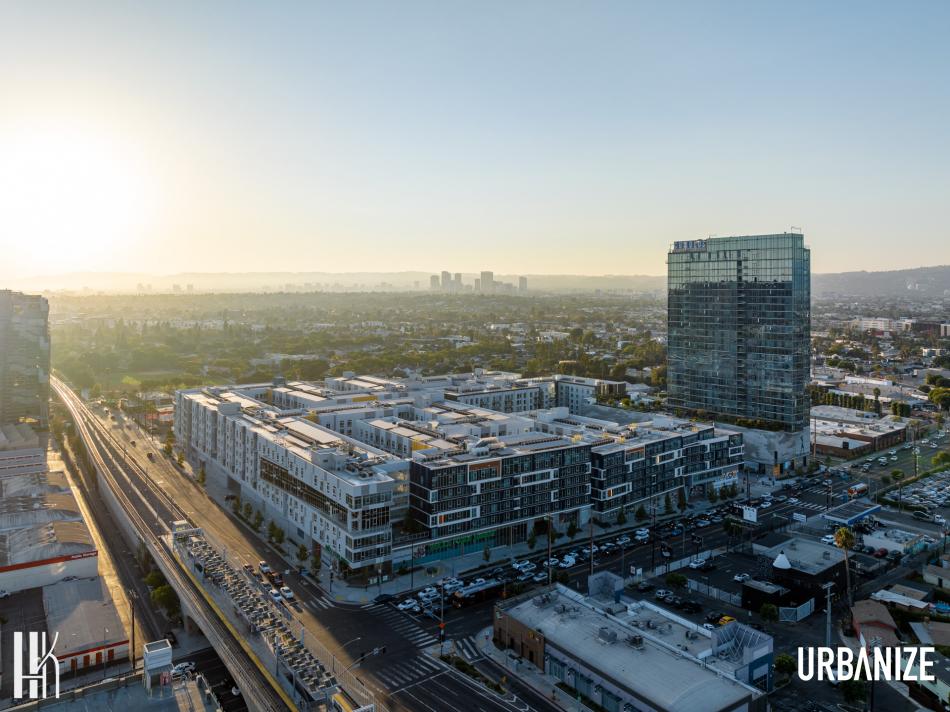 Located across the street from the La Cienega/Jefferson Metro station, the project occupies an 11-acre property that was previously the site of a radio broadcast facility. In its place, Carmel Partners has built a sprawling mixed-use development that features more than 1,200 apartments and 100,000 square feet of ground-floor retail. Just over half of that ground floor space is occupied is occupied by a Whole Foods, which is set to open for business on August 31.

The most visible element of the Cumulus project is Arq, a 31-story, 320-foot-tall building which now ranks as the tallest building in Los Angeles city limits to the south of the I-10 freeway. The glass-and-steel tower contains a total of 300 studio, one-, and two-bedroom apartments above a parking podium.

The bulk of the housing at Cumulus is located in the lower-scale Vox apartments, a series of interconnected seven-story buildings wrapping much of the property. Vox includes a mix of studio, one-, two-, and three-bedroom dwellings, with rents starting at $3,196 per month for a studio and ranging as high as $5,688 for three-bedroom unit.

While Cumulus does not include deed-restricted affordable housing, the Los Angeles Times reported in 2020 that Carmel had voluntarily pledged to set rents at levels considered affordable to households earning 150 percent of the area median income in 180 of the apartments.

The two apartment buildings, designed by a team that includes Solomon Cordwell Buenz, TCA Architects, and Studio MLA, will be centered on a one-acre green space flanked by retail uses. 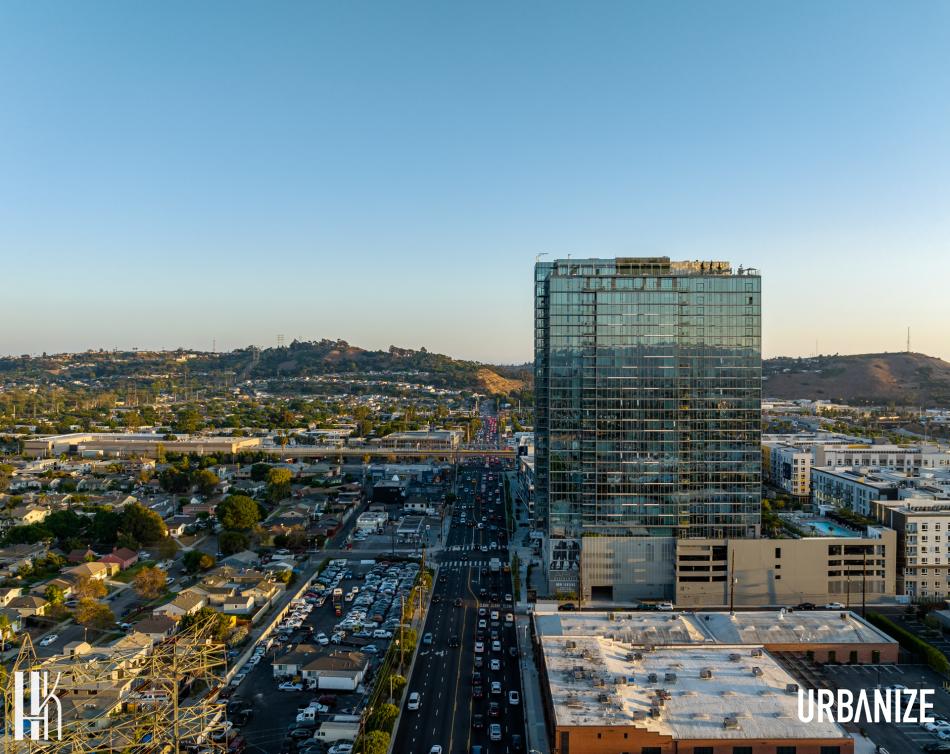 The project is the largest in a growing residential and employment district surrounding La Cienega/Jefferson Station, joining new projects such as Wrapper, a 17-story office complex now rising on the opposite side of Jefferson Boulevard. Samitaur, the company behind Wrapper, is also planning a 22-story tower to replace a parking lot farther south.

Other projects also in the works nearby include Lendlease's new office and housing complex next to La Cienega/Jefferson Station, a proposed 254-unit apartment building at 3200 La Cienega Boulevard, and Kilroy Realty's planned expansion of the Blackwelder office campus to the north.

While work on Cumulus is coming to a close, Carmel remains active in the City of Los Angeles. The San Francisco-based developer recently broke ground on Alloy, a 35-story apartment and office complex in the Arts District, and has announced plans another residential high-rise on La Cienega just south of Beverly Hills city limits.