Well that was quick. 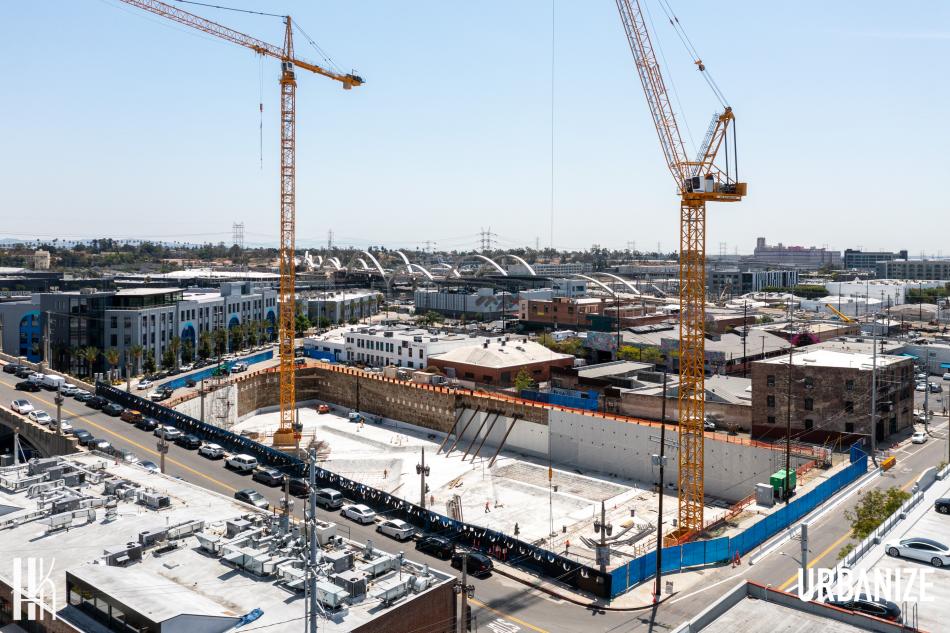 On the east side of Downtown Los Angeles, a pair of orange tower cranes have arrived at 520 Mateo Street, future site of a mixed-use development from Carmel Partners which is set to become the first high-rise building in the Arts District. The project, which only recent began showing signs of activity after two years of dormancy, will be named "Alloy," according to social media posts by the developer.

Located on a site which also abuts the 4th Street Bridge and Santa Fe Avenue, the project calls for the construction of high-rise and mid-rise structures featuring a total of 475 live/work apartments, 105,000 square feet of offices, more than 18,000 square feet of ground-floor commercial space, and a 650-car garage.

The visual centerpiece of project is a new 35-story, 390-foot-tall tower which is set to become the Arts District's tallest building at completion. Works Progress Architecture  and Solomon Cordwell Buenz are lead the design team for Alloy, which is depicted in renderings with a contemporary look and amenity decks atop its rooftop and podium levels. Plans also call for reactivating a former rail spur between Mateo and Santa Fe as a pedestrian paseo. 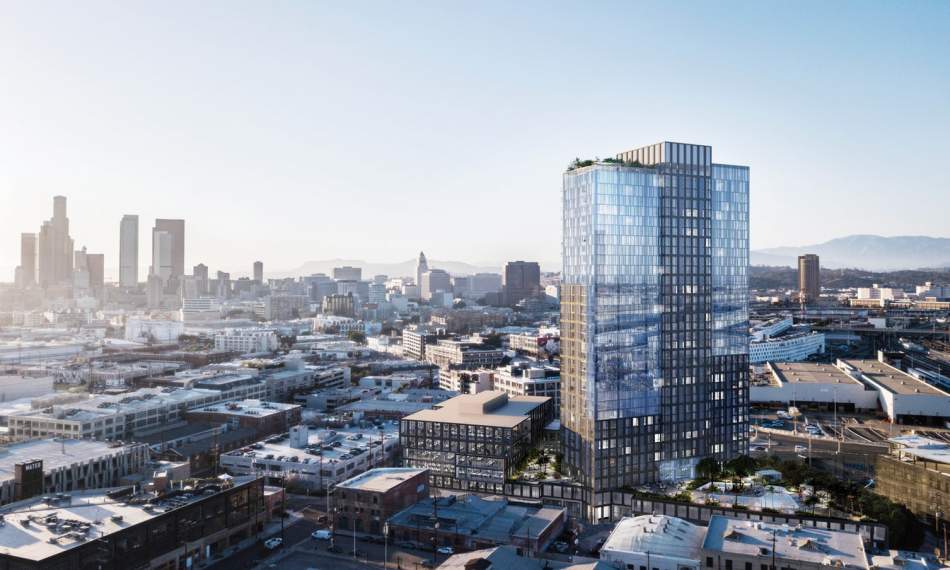 While construction may now be full steam ahead for Alloy, the project's future came into doubt in 2020, following the revelation of the project's connections to a City Hall corruption scandal centered on former Los Angeles City Councilmember Jose Huizar, who is now awaiting trial in federal court facing charges of accepting bribes from real estate developers. Huizar is alleged to have accepted political contributions from Carmel on behalf of his wife's short-lived City Council run during the approval process for the project. During that process, Huizar pushed to reduce the amount of affordable housing required within the project.

Since then, Carmel Partners has paid a $1.2-million fine to resolve its involvement in the corruption probe.

While Alloy is set to be the Arts District's first high-rise, it likely will not be the last. New towers designed by Bjarke Ingels Group and  Herzog & de Meuron are in the works nearby, and prolific developer Onni Group is planning a 36-story high-rise just south of 7th Street. 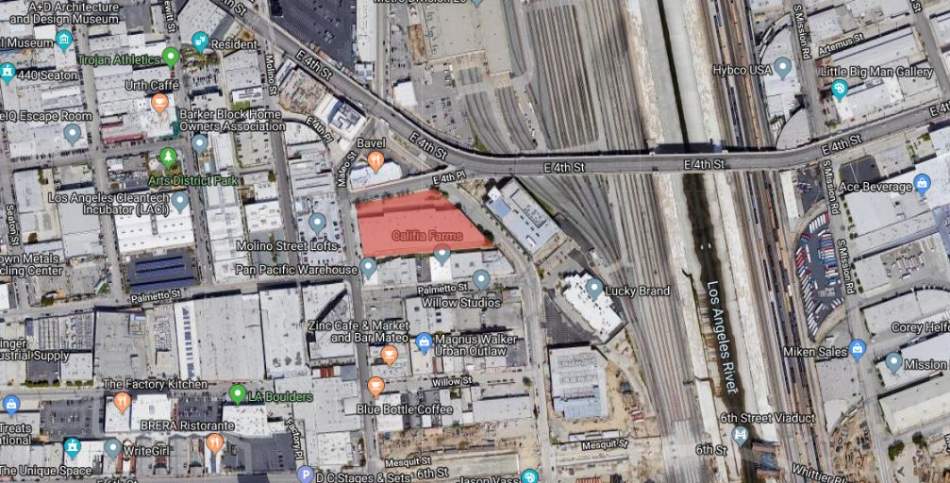 San Francisco-based Carmel is also behind plans for a similar high-rise just south of Beverly Hills city limits on La Cienega Boulevard, as well as mixed-use and multifamily residential developments proposed or under construction in West Adams, East Hollywood, and Sawtelle.