In 2019, the City of Santa Monica authorized the construction of a new apartment complex at 216-234 Pico Boulevard - just south of the city's Civic Center. Three years later, a new owner has gone back to the drawing board, relying on updates to the state density bonus law to propose a project that is taller and denser.

The approved plan, which was floated by GRT Portfolio partners, called for replacing a bowling alley with a new three-story building featuring 105 studio, one-, two-, and three-bedroom apartments atop 10,803 square feet of ground-floor retail space and two-level, 231-car basement parking garage. Eight apartments would have been set aside as affordable housing, under that plan. 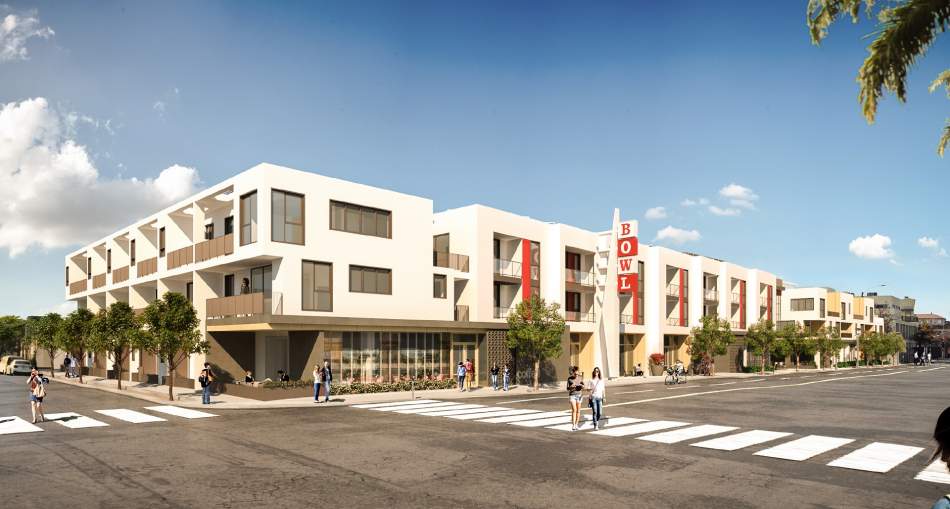 Prior iteration of 234 Pico BoulevardFrederick Fisher and Partners

Cypress Equity Investments, which acquired the site in 2020, has discarded that project  in favor of plans for a larger building which would feature 186 studio, one-, and two-bedroom apartments above approximately 11,000 square feet of ground-floor commercial space and 346 parking stalls in a three-level, partially subterranean garage. The revised plan will also include 19 units of deed-restricted affordable housing, more than double the amount from the earlier iteration of the project.

With a new owner comes a new architect. While  Frederick Fisher and Partners had been attached to the earlier three-story design for 234 Pico, KFA Architecture is now designing the apartment complex, which would range between four and five stories in height.

"On the upper floors, the buildings are divided into a series of bays that include rows of balconies that further accentuate this horizontal theme," reads a staff report to the Santa Moncia Architectural Review Board, which is slated to take its first look at 234 Pico this week. "Vertical elements, such as the piers and aluminum screens are purposefully introduced as an interruption. The black ground floor walls clearly demarcate the upper floors from the ground floor level. The design includes open guardrails on the balconies to simplify the elevation and reduce any perceived building mass." 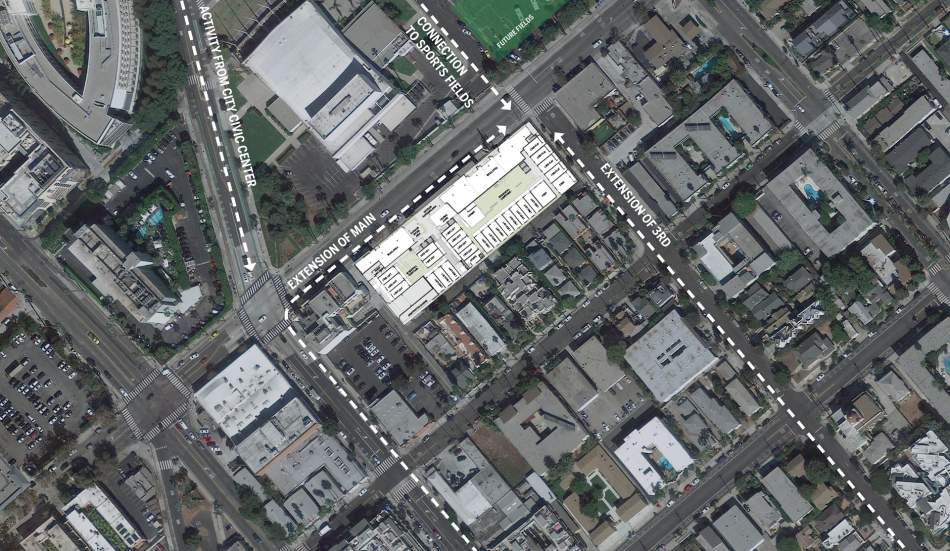 Architectural plans show that the building would include two courtyards and a swimming pool, and like the earlier concept, is expected to preserve and incorporate the existing "BOWL" sign.

Cypress Equity Investments, based in neighboring Brentwood, has emerged as a prolific developer of Santa Monica housing. The firm was behind a recent slate of large apartment buildings completed on Lincoln Boulevard, and has at least a half-dozen additional developments planned or under construction elsewhere in the city.