Another single-family home just west of USC  in Exposition Park could soon make way for new apartments, per an application submitted this month to the L.A. Department of City Planning.

The proposed project, which would replace an early 20th century house at 1165 W. 36th Place, calls for the new construction of a six-story building featuring seven apartments and one attached accessory dwelling unit. Plans call for a mix of three- and four-bedroom units, served by four parking stalls located at street level. 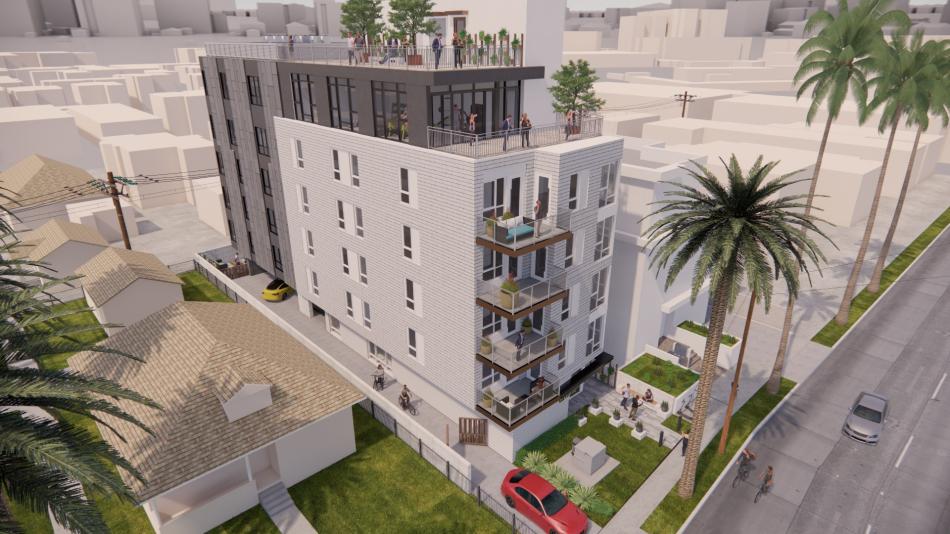 Project entitlements rely on Transit Oriented Communities incentives to allow a larger structure than typically permitted by zoning rules. In exchange, one of the new apartments would be set aside for rent as extremely low-income affordable housing.

Next Architecture is designing the apartment building, which is portrayed in renderings as a contemporary podium-type building with amenity spaces at the rooftop and uppermost floor, as well as a rear yard.

The project represents a familiar story in Exposition Park, which is seeing a number of older single-family homes cleared for larger multifamily properties using TOC incentives.