Not long before the onset of the global pandemic, Koreatown's most prolific developer filed plans with the City of Los Angeles to build yet another mixed-use apartment complex at the neighborhood's southern perimeter. Two years later, Jamison Services, Inc. has quietly commenced work on the project. 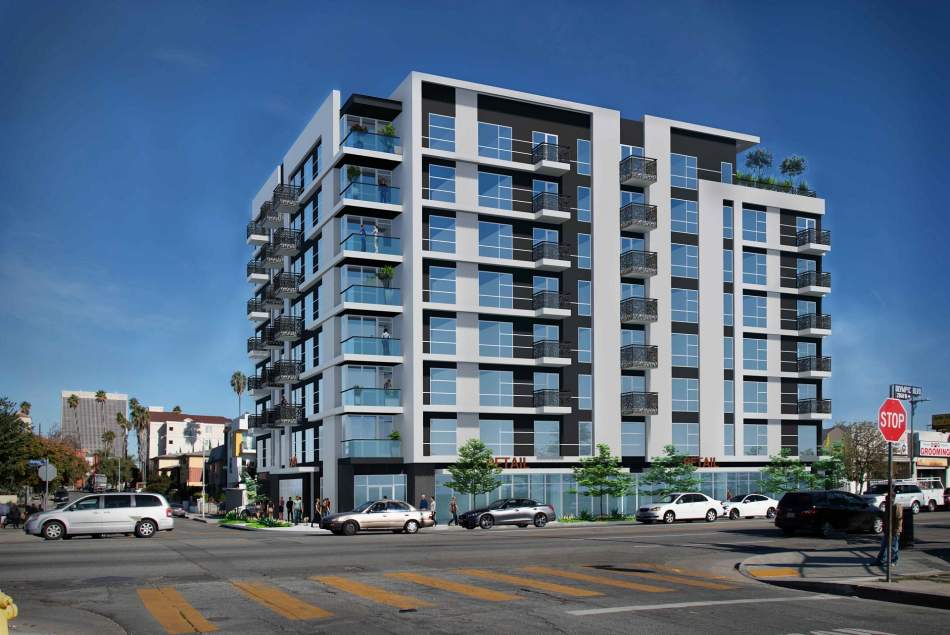 The project, which secured construction permits last month from the Department of Building and Safety, will rise from an L-shaped property at the northeast corner of Olympic and Mariposa Avenue. Plans call for the construction of an eight-story building featuring 100 apartments - including 10 extremely low-income affordable units - above 4,370 square feet of ground-floor retail space and two levels of basement parking.

Designed by Urban Architecture Lab, the podium-type building will rise approximately 97 feet in height, and is depicted in renderings with a stucco exterior wrapped with cantilevered balconies. Floor plans show common open spaces including a fitness center, a courtyard, a rooftop deck, and a swimming pool.

Jamison Services, already the largest commercial landlord in Koreatown, has recently commenced work on a number of projects in the neighborhood, including a similar mixed-use development near the intersection of Olympic Boulevard and Western Avenue and a pair of apartment towers across the street from Metro's Wilshire/Normandie Station.

Jamison is also planning a second 100-unit apartment complex for a property located a block south of its recently groundbreaking on Mariposa Avenue.