Just south of Santa Monica Boulevard in West Hollywood, an orange tower crane is in place at 637-641 N. La Peer Drive, where city officials have approved the construction of a new commercial building. 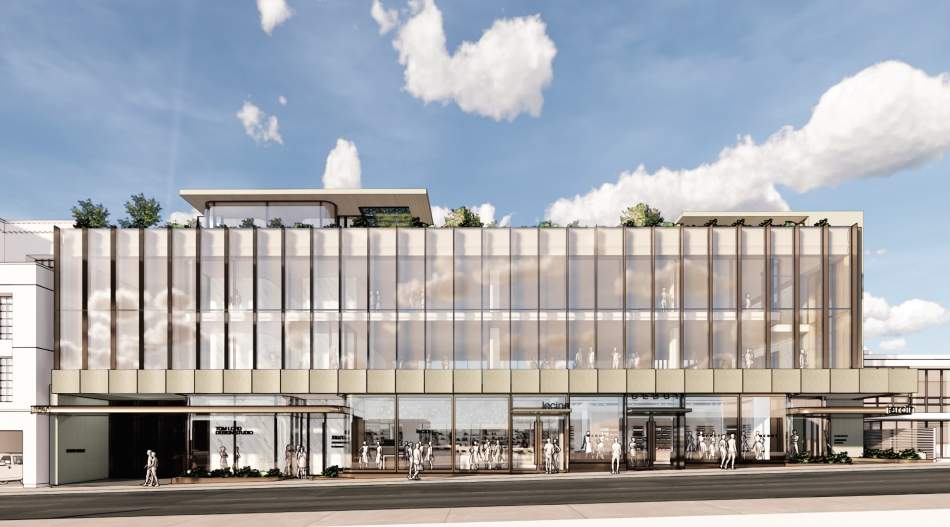 View from across La Peer DriveCity of West Hollywood

The project, which replaced a handful of smaller buildings adjacent to the La Peer Hotel, will consist of a four-story edifice featuring just over 57,000 square feet of space. Wehoville reports that the under-construction building is roughly 10,000 square feet larger than what was initially approved for the site in 2019.

As presented to the West Hollywood Planning Commission in 2019, the building was envisioned with a design showroom on its upper levels, as well as a restaurant space and outdoor dining at street level and on its rooftop.

OfficeUntitled carried out the entitlement design for the site, which features a glass facade and detailing that was described in a staff report as "clean, sophisticated and well-coordinated." As of construction, Cuningham is serving as the project architect. 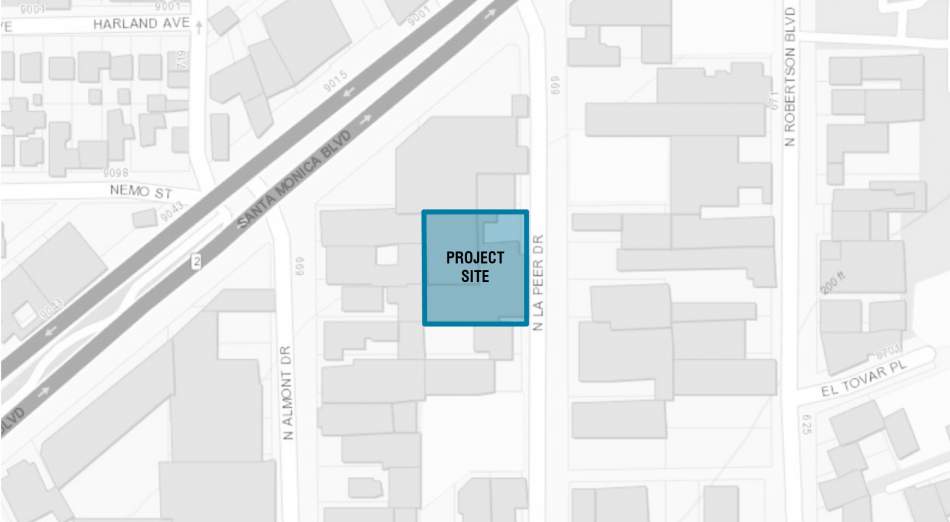 The development site sits a block east of the large dirt pit where the mixed-use Melrose Triangle complex is expected to rise, and south across Santa Monica Boulevard from Nine Thousand One, a new housing complex from GPI Companies.