Plans presented to the Santa Monica Architectural Review Board unveil an updated look for a proposed mixed-use apartment complex across the street from Douglas Park. 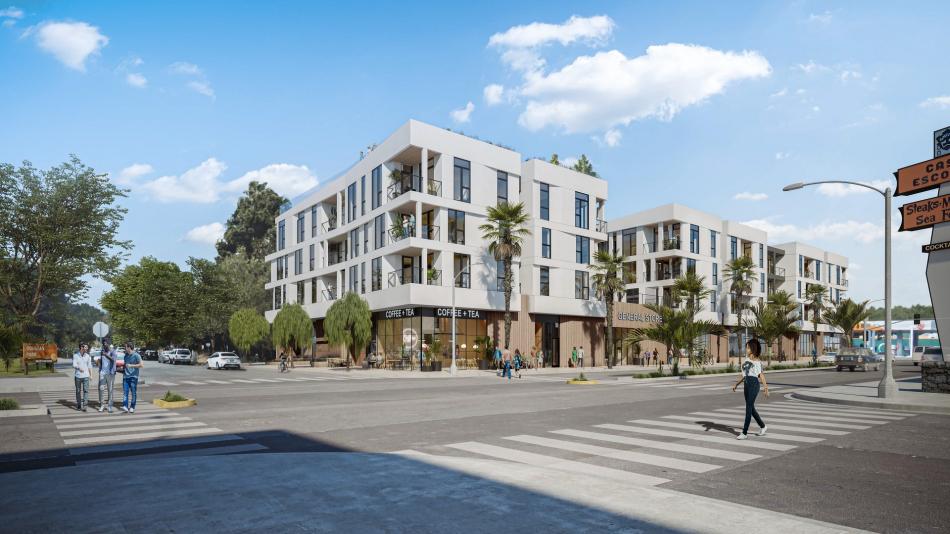 Cypress Equity Investments (CEI), the developer behind the project at 2501 Wilshire Boulevard, began outreach earlier this year for a plan that would raze a stretch of commercial buildings to make way for a new four-story edifice featuring 71 studio, one-, two-, and three-bedroom apartments above 19,000 square feet of ground-floor retail space - including space for a grocery store.

Plans have previously indicated that 2501 Wilshire would result in the creation of 11 deed-restricted affordable units - albeit at an off-site location.

Ottinger Architects is designing the apartment complex, which would span the north side of Wilshire between 25th and 26th Streets and feature an exterior of smooth plaster.

"The contemporary building design, when viewed from Wilshire Boulevard, has been divided into three masses connected by darker recessed volumes oriented with the courtyards," reads a staff report to the Architectural Review Board. "Along the side streets the rooflines gently angle up towards Wilshire Boulevard. The white masses utilize delicate angled planes on street facing elevations to create movement and visual interest to the façade. Similar architectural devices have been used elsewhere in the City however are more subtle here, being accomplished without a material or color change. The clean modern design concept is thoughtful and appropriate for the large street facing façade creating a cohesive building without feeling repetitive or monotonous."

Architectural plans show that 2501 Wilshire would have an S-shaped footprint above the podium level, wrapping around a pair of landscaped courtyards.

The proposed project is one of a number of new developments from CEI in Santa Monica, including a smaller housing and retail complex which would rise a few blocks west at 2025 Wilshire Boulevard. 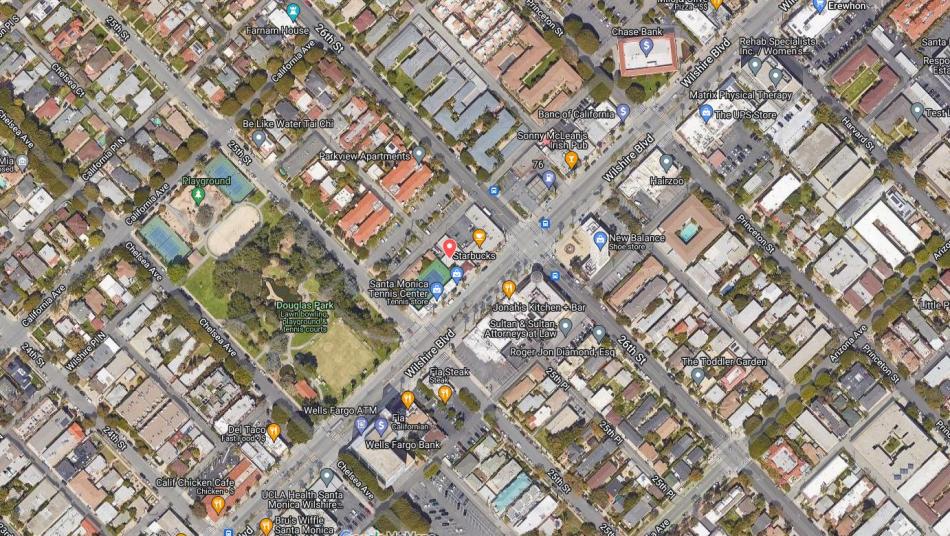