Fresh off its conversion of the former Westside Pavilion Macy's into an office campus dubbed The West End, developer GPI Companies has turned its sights to a ground-up development next door. 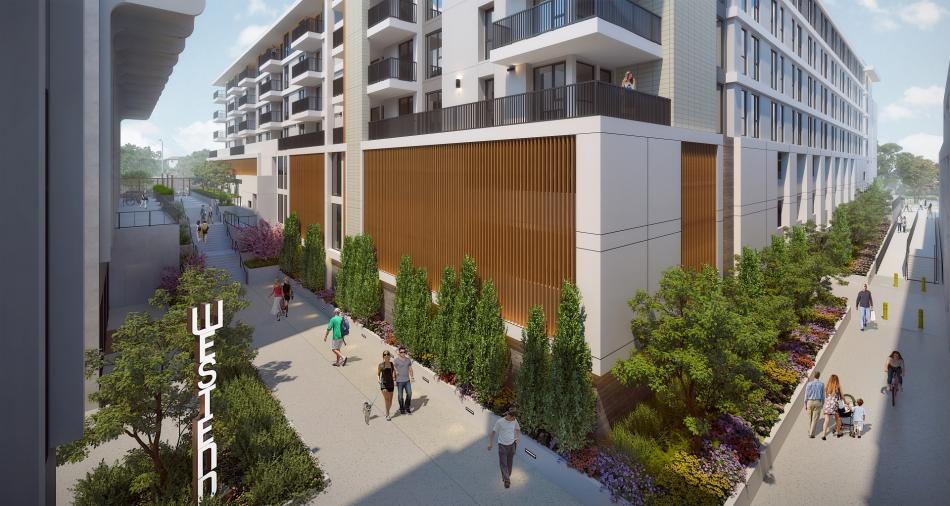 Exterior of Overland & Ayres adjacent to The West EndGPI Companies

This week, the Los Angeles-based firm has unveiled plans to redevelop an adjoining site at 2455 S. Overland Avenue with Overland & Ayres, a new six-story complex featuring 201 residential units. The new housing, which replaces a 1,500-car garage that previously served Macy's, is being designed by a team that includes MVE + Partners and Cecconi Simone, while Build Group serves as general contractor.

The proposed project will include a mix of studio, one-, and two-bedroom apartments, as well as eight two-story townhomes fronting Ayres Avenue along the southern property line. Roughly 6,200 square feet of commercial space will activate the street front along Overland Avenue to the east.

“With Overland & Ayres, we are replacing an obsolete parking structure with dramatic new luxury residences and homes for Angelenos seeking an amenity-rich live/work lifestyle in a core westside location," said Lee Wagman, Managing Partner at GPI Companies in a statement. "The project is just steps from the City’s newest cutting-edge office campus and is located in the heart of one of the most desirable submarkets in the country,” 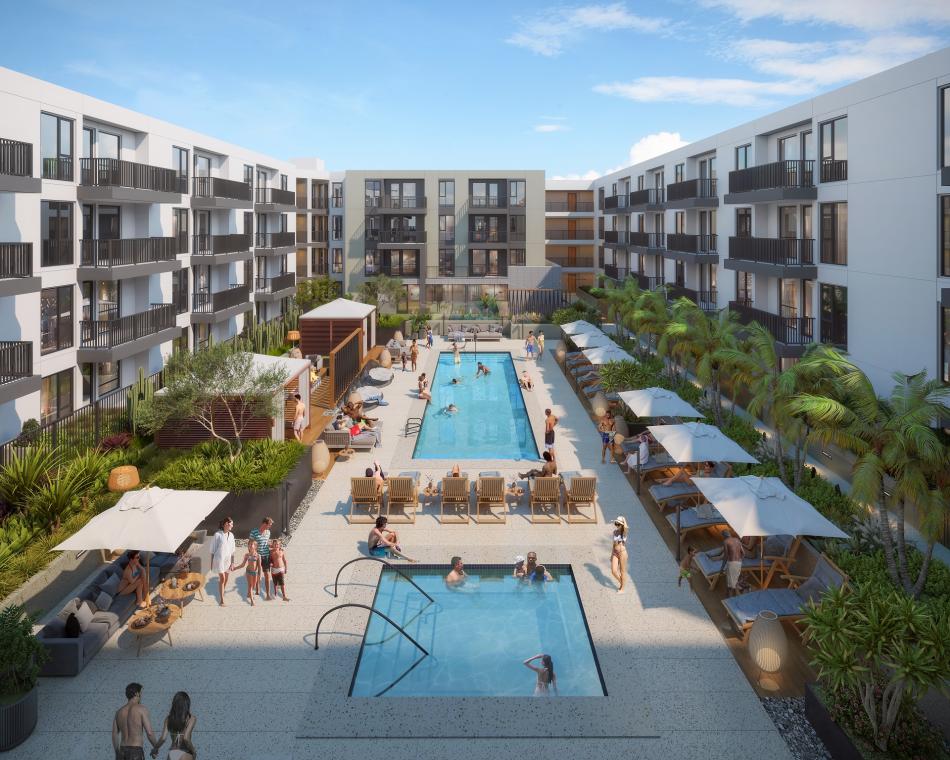 Besides housing and commercial space, Overland & Ayres will also incorporate amenities such as a health club and an outdoor fitness lawn, a podium pool deck, and an indoor club room. Communal workspaces for residents are also planned.

The project is being billed as the final component of the redevelopment of the Westside Pavilion mall, and is on track to complete construction in late 2024. While GPI has redeveloped the garage and Macy's, the mall's main building has been converted by Hudson Pacific Properties into a 584,000-square-foot campus for Google.

In addition to its new residential development on Overland, GPI is also building luxury rental units in West Hollywood and has partnered on a high-end condo complex in Beverly Hills. 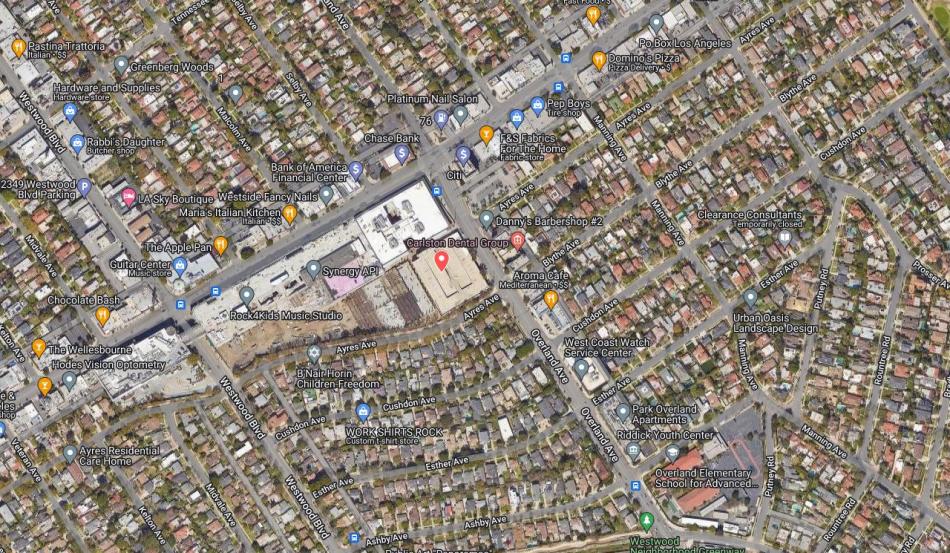