At its meeting on September 16, votes taken by the Los Angeles City Council served as key steps forward for five different developments in the communities of Hollywood, Koreatown, Pico-Union, Silver Lake, and Hancock Park. 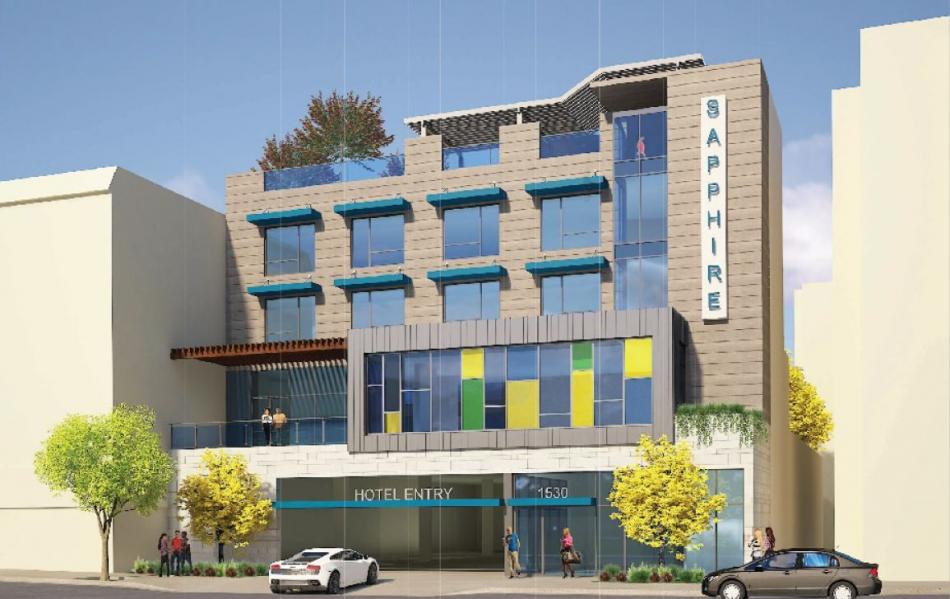 In an 11-0 vote, the Los Angeles City Council moved to deny an appeal brought by Doug Haines seeking to overturn the approval of a proposed four-story development from Phil Patel which calls for the construction of a new hotel at 1530 N. Western Avenue in Hollywood. The project, Alajajian Marcoosi Architects, would consist of a four-story building featuring 36 guest rooms, 10 apartments, and semi-subterranean parking for 47 vehicles.

In his unsuccessful appeal, Haines argued that the building's height and inclusion of commercial uses above the ground floor violate the Vermont Western Station Neighborhood Area Plan. Additionally, Haines appealed the project's conditional use permit to allow a hotel within 500 feet of residential uses.

The project site is currently developed with a 54-room Super 8 motel. 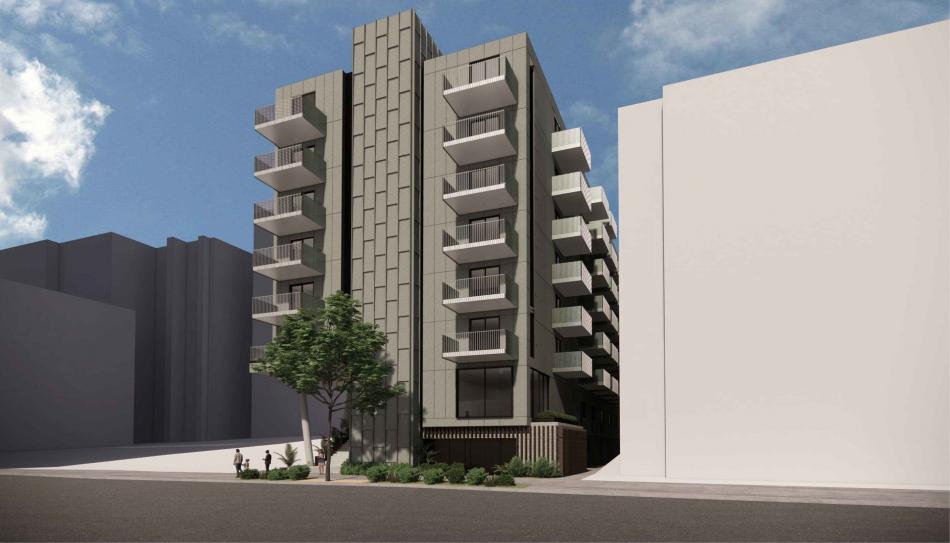 The appellant, the Coalition for an Equitable Westlake/MacArthur Park, is a frequent opponent of new multifamily residential developments in the neighborhoods from which it takes its name, as well as several adjacent communities. The arguments raised in the appeal, which was also rejected by the Council in a unanimous vote, contended that 603 Mariposa should have been subject to a full environmental impact report, citing cumulative impacts from the project and other nearby developments. 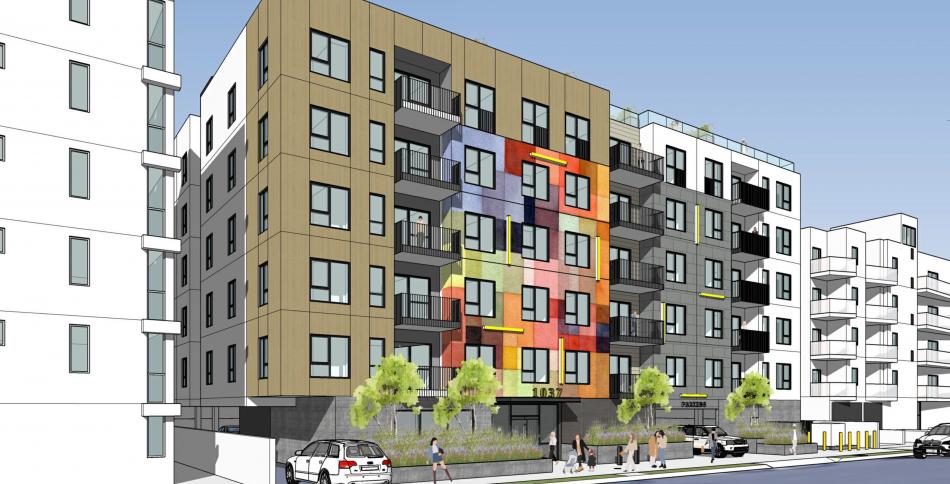 The Coalition made similar charges regarding another project located at 1037 S. Dewey Avenue in Pico-Union. There, developer Orion Capital has received approvals for the construction of a new six-story, 60-unit apartment complex on a site originally developed with two smaller residential buildings in the 1880s.

As with its counterparts, the appeal was rejected in a unanimous vote by the Council. 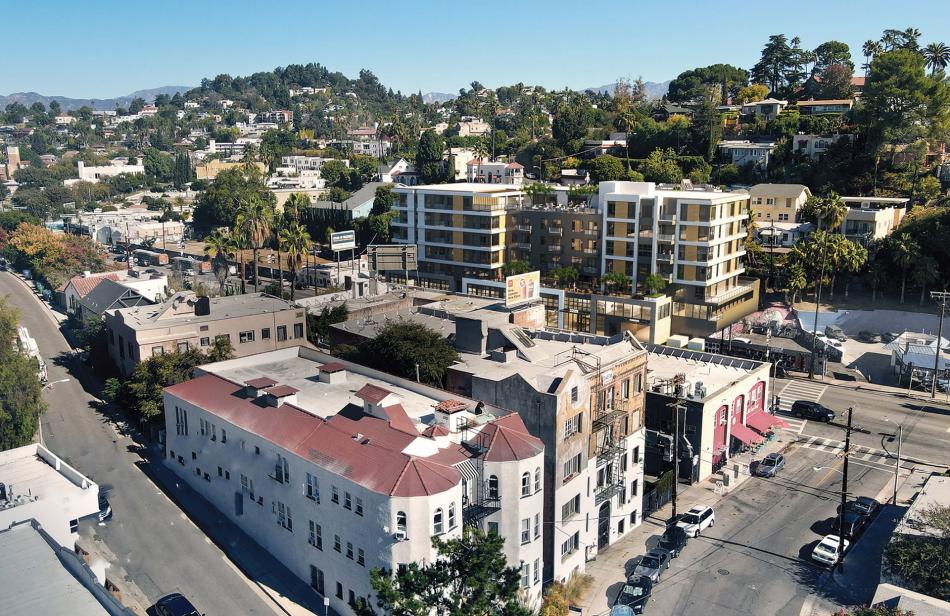 In Silver Lake, local development firm RYDA overcame an appeal submitted by neighbors of its new project planned at 3209-3227 Sunset Boulevard, where the City of Los Angeles has approved the construction of a seven-story building containing 86 studio, one-, and two-bedroom apartments above roughly 8,000 square feet of ground-floor retail space and a 69-vehicle automated parking garage.

Designed by MVE + Partners, the project was approved using density bonus incentives to permit a larger structure with less on-site parking than otherwise required under zoning regulations. In exchange, RYDA would be required to set aside 10 of the proposed apartments would be set aside as deed-restricted affordable housing at the very low-income level for a period of 55 years.

The objections of the two appellants focused on the size and scale of the proposed building, arguing that it runs counter to the objectives of the local community plan, and contended that the project should undergo a full environmental impact report.

The appeals were rejected 11-0. 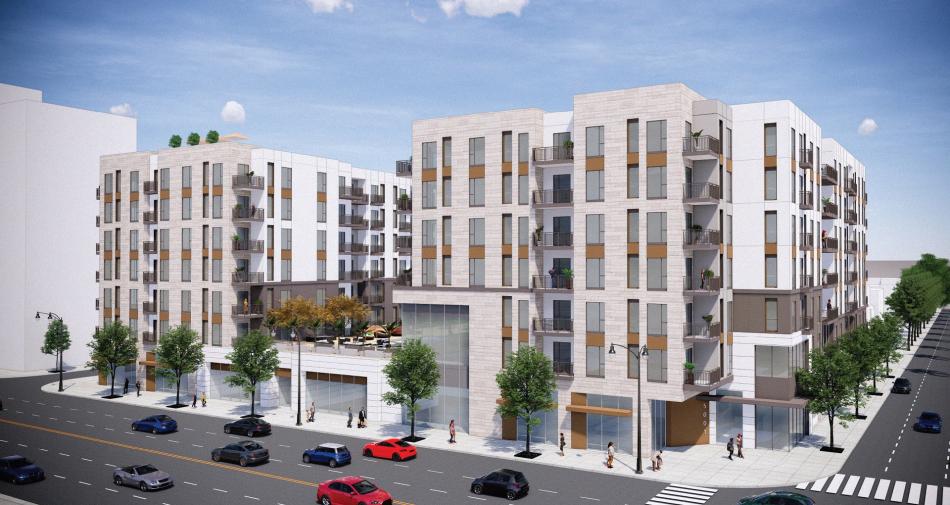 The final project of the day, and the only one not faced with an appeal, was a proposal from Pacific Springs, LLC to redevelop a strip mall at 5001 Wilshire Boulevard in Hancock Park with an eight-story building featuring 242 studio, one-, two-, and three-bedroom apartments atop 10,900 square feet of ground-floor retail and a 354-car garage.

TCA Architects is designing the project, which would utilize Transit Oriented Communities incentives to permit a larger building than otherwise allowed by zoning regulations. Pacific Springs would be required to set aside 25 of the proposed apartments as deed-restricted affordable housing at the extremely low-income level in exchange for the incentives.

The Council's vote formally adopts the findings of an environmental study conducted for the project, which estimated that it would be built over an approximately 32-month period, with completion expected in February 2025.