Plans for another expansion of LAX's Tom Bradley International Terminal (TBIT) continue to wend their way through the city approval process. 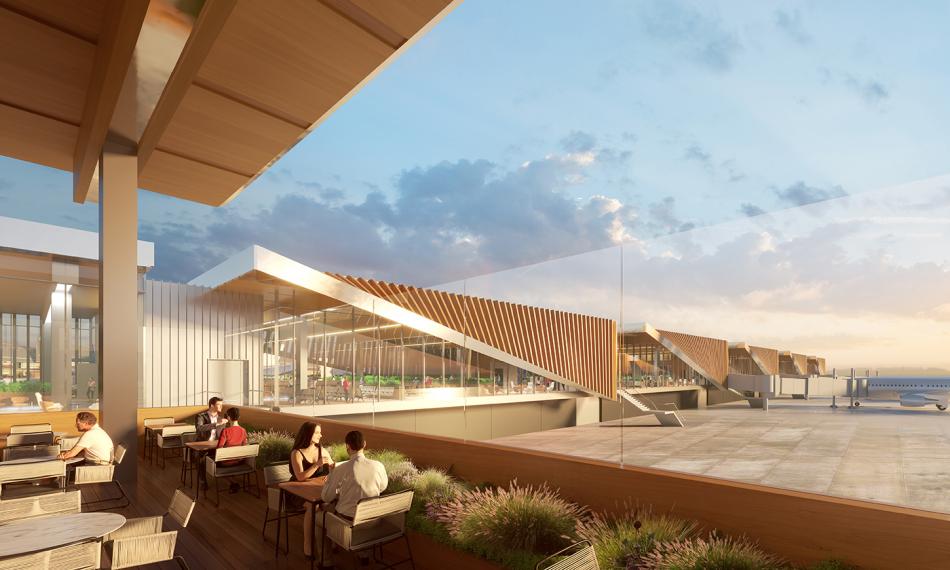 At its meeting scheduled for November 9, the Los Angeles Cultural Affairs Commission is scheduled to review the design of the Midfield Satellite Concourse South (MSCS) project, which would function as an extension of the $1.7-billion West Gates complex that opened last year. Los Angeles World Airports (LAWA), which operates LAX, is planning a new two-story structure with eight gates capable of serving narrow-body aircraft. The project is expected to replace an eight-gate regional jet terminal located east of Terminal 8, according to the LAWA website.

Woods Bagot was selected in 2019 to design MSCS, which would have an L-shaped footprint that connects directly to the passenger concourse of the West Gates on its second floor. Unlike its predecessor, which was designed to evoke the waves of the Pacific Ocean, the new expansion has a more modest look, and will be composed of pre-engineered components. Architectural plans show a lower profile structure than both the West Gates and TBIT, with an exterior of steel, masonry, glass, and metal screens. The signature element of the design is an array of aluminum sunshades, which are echoed in the interior of the passenger concourse. 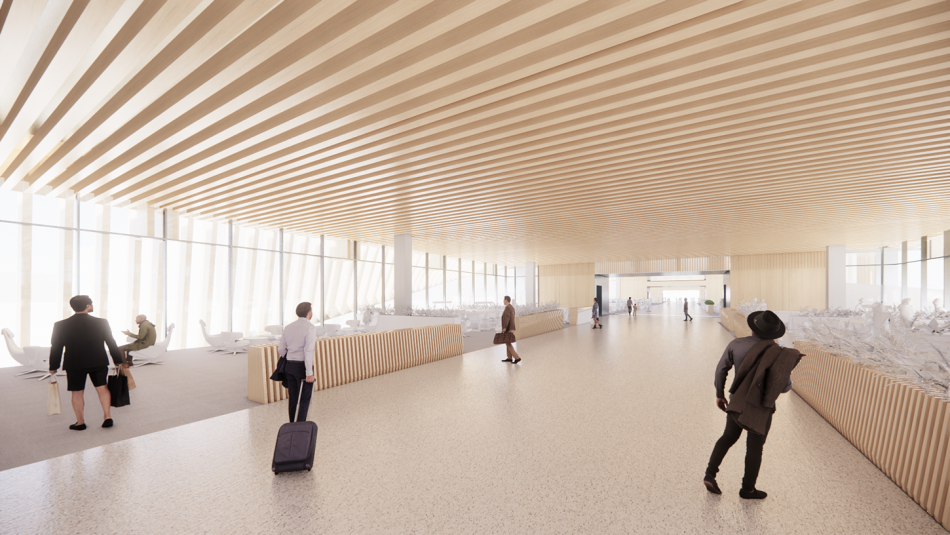 "The design was developed to coexist sympathetically with both TBIT and MSC, both of which feature expressive repeating roof motifs," reads a narrative submitted to the Commission. "Given the much smaller scale of MSC South, particularly compared to MSC, expressing the modular nature of the building with repeating brise-soleil, inflected to respond the adjoining buildings, ensures a harmonious result that draws attention away from the industrial bulk of the hangar beyond."

According to the LAWA website, work on the MSCS project is scheduled for completion by 2025. 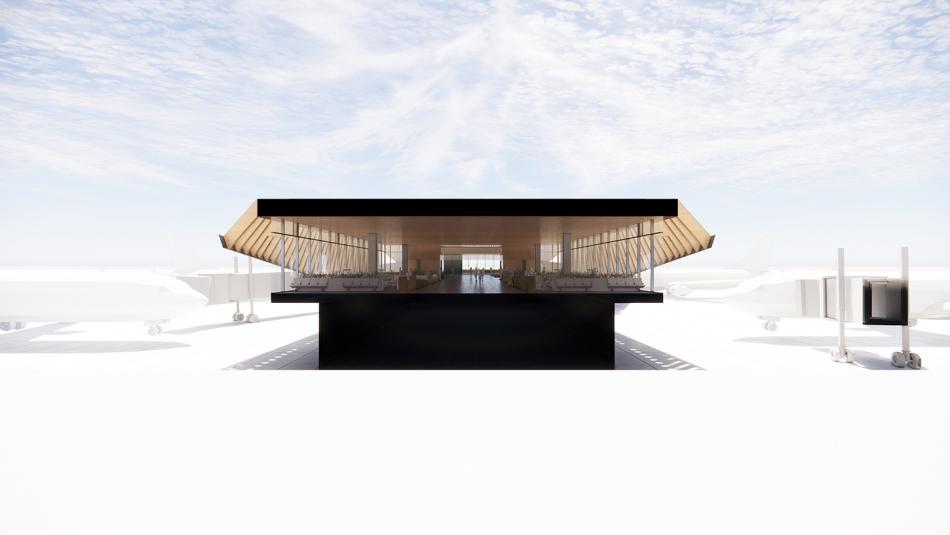 The project is yet another element of LAX's ongoing $14.5-billion capital improvement project, which includes renovations of terminals and the construction of new ground transportation hubs and an automated people mover system.

LAWA may also not be done adding passenger gates to the airport. Plans released in 2019 call for an expansion of Terminal 1 and the construction of a new Terminal 9 on the east side of Sepulveda Boulevard.