Well over two years since we last checked in, construction is in the home stretch at 1550 Lincoln Boulevard, where developer WS Communities is building one of its numerous Downtown Santa Monica apartment complexes.

Located on the former site of a Denny's restaurant at the intersection of Lincoln Boulevard and Colorado Avenue, the five-story building will feature a total of 100 rental units at completion. Plans also call for 11,500 square feet of ground-floor retail and parking for 232 vehicles. 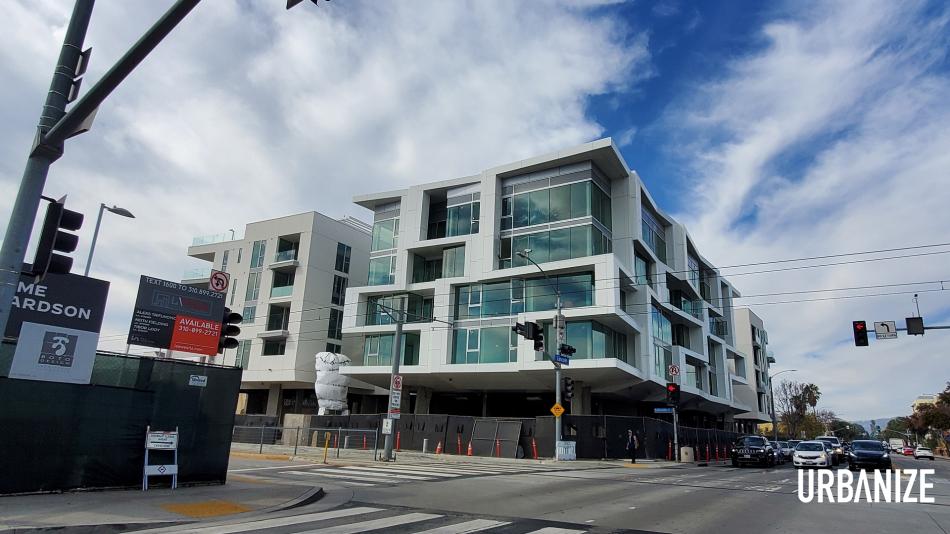 The project, dubbed NMS Lincoln, will feature a mix of one-, two-, and three-bedroom dwellings, according to a leasing website.

KFA Architecture designed the podium-type building, which has an all-white exterior and a porous ground floor with a courtyard opening onto Colorado Avenue. A pedestrian paseo through the site will also link with Lincoln Boulevard. Amenities will include a gym, a pool, and a rooftop spa.

A completion date for the project is now advertised as Winter 2022. The building, which broke ground in 2018, was set to open in late 2020 prior to the onset of the global pandemic.

WS Communities, the biggest residential landlord in Downtown Santa Monica, recently made waves with a score of builder's remedy projects that took advantage of the city's non-compliant housing element to propose thousands of apartments that would have typically been blocked by zoning rules. The company's holdings used to be even larger prior to selling eight sites entitled for up to 620 apartments to developer Tishman Speyer earlier this year.