In Chatsworth, a mixed-use campus which is home to the maker of the Bratz doll line is about to add some more housing. 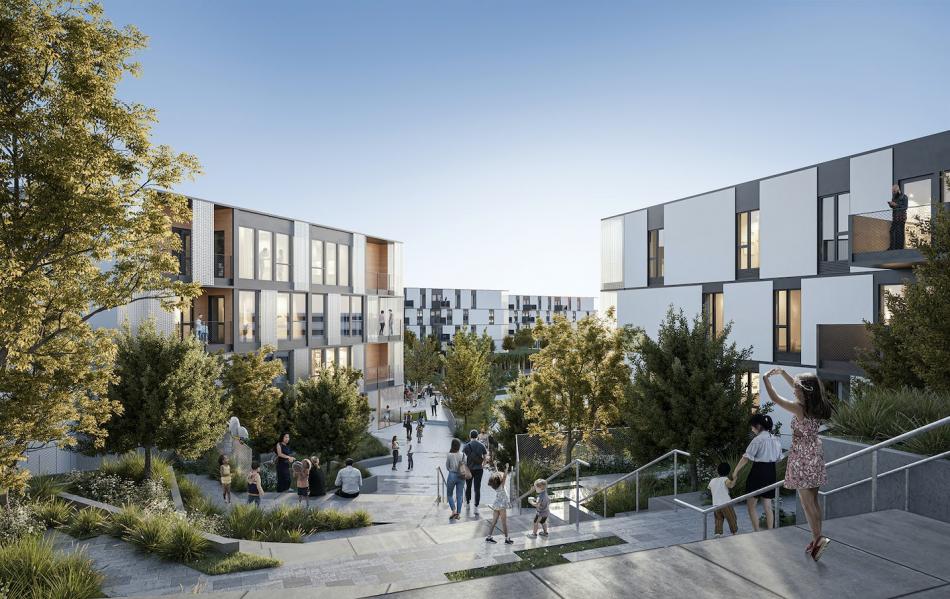 Exterior view of the 24 campus in ChatsworthWorks Progress Architecture

Uncommon's 24 campus, which spans a roughly 24-acre site at the intersection of Prairie Street and Winnetka Avenue, has served as the headquarters of MGA Entertainment since 2019, when the company decamped from Van Nuys to take up residence in a former Los Angeles Times printing plant. The property, in addition to 255,000 square feet of commercial space occupied by MGA, is entitled for the construction of up to 660 apartments, as well as shops and restaurants at street level.

Works Progress Architecture, a Portland-based firm which has set up shop in the Downtown Arts District, has taken the baton as the architect for the third phase of the project, dubbed Buildings "A" and "B."

The located of the two buildings will be the southern section of the campus, which abuts a flood control channel and a Metrolink right-of-way. Per a landing page on the Works Progress website, their work will include multiple buildings interconnected with surrounding landscaped areas and courtyards. The new construction will also incorporate heavy timber pavilions in common spaces, including coworking areas, a theater, and a fitness center. 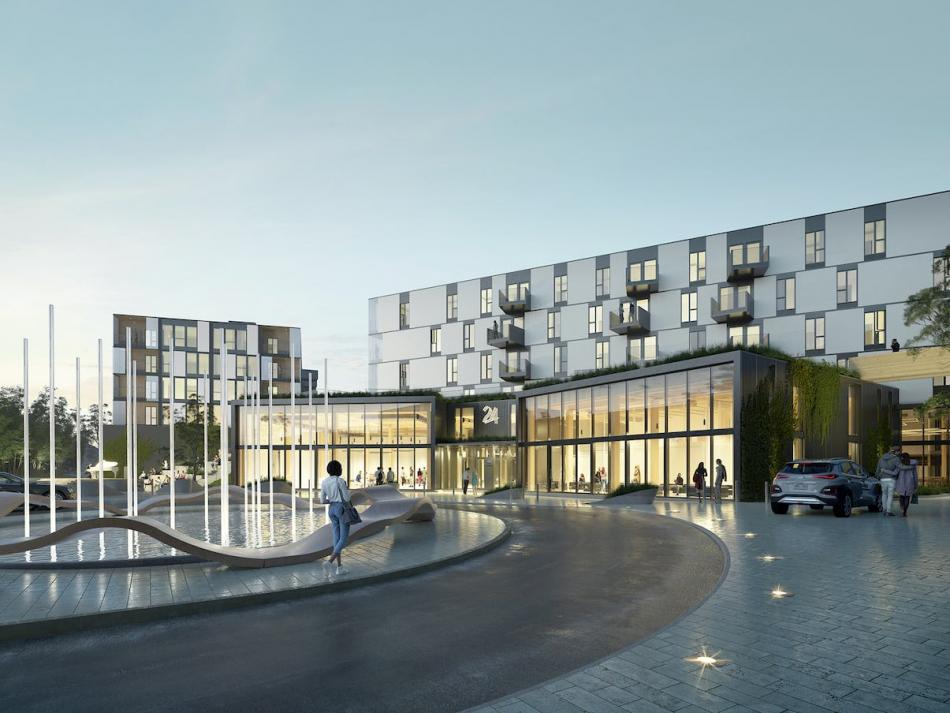 Exterior view of the 24 campus in ChatsworthWorks Progress Architecture

"Four distinct landscapes were conceptually developed and programmed from an extensive list of amenities including, but not limited to; community gardens, a public plaza and amphitheater, children’s playground and a community dog park," reads a design narrative. "These programs extend upwards and onto the building, forming a continuous vegetated link between the ground level plaza and rooftop amenities of various heights."

Building permits have been issued for a pair of six-story buildings featuring 89 and 172 apartments.

Works Progress has recently collaborated with Uncommon on a handful of upcoming projects in the City of Los Angeles, including proposed apartment buildings in Van Nuys and East Hollywood. 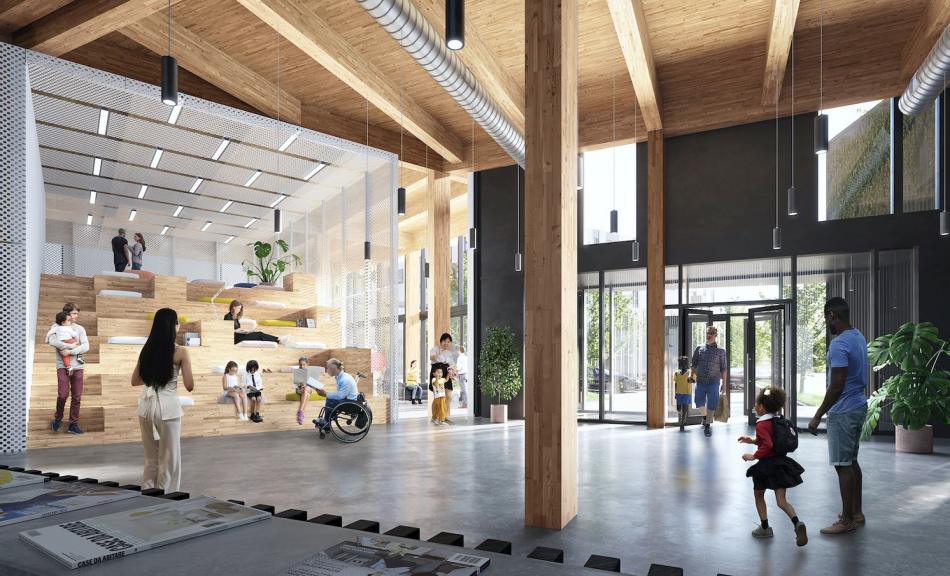 Interior of the 24 campus in ChatsworthWorks Progress Architecture