A key milestone has been reached in the construction of a new office complex from local real estate developer at the intersection of Fountain and Cahuenga Boulevards in Hollywood. 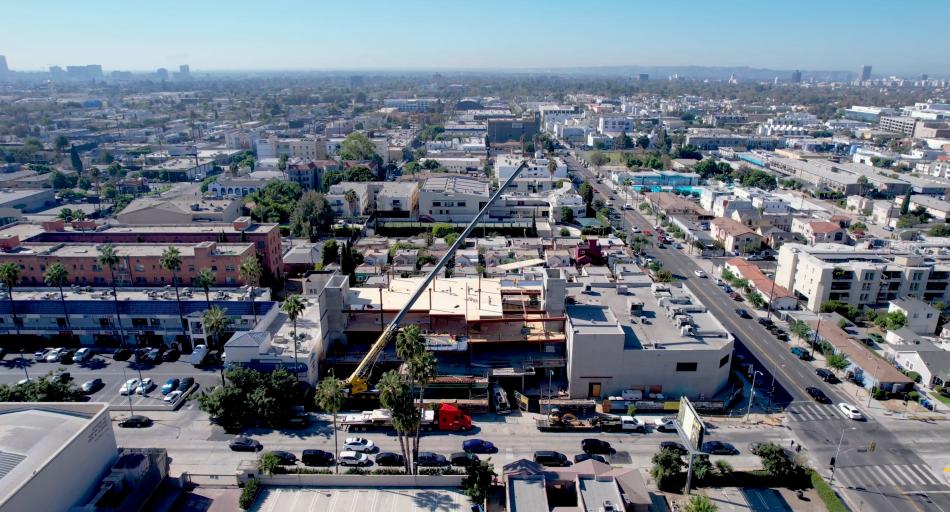 This week, design architect West of West announced the arrival of 125 cross-laminated timber panels at 6344 Fountain Avenue, where Bardas Investment Group is building a new 50,000-square-foot development through a combination of new construction and the reuse of an existing commercial building. The use of cross-laminated timber int he four-story building will shave six weeks off of the overall construction schedule, according to West of West.

The mass of 6344 Fountain is broken apart by discrete blocks, as well as approximately 2,800 square feet of native gardens and landscaping designed by Salt Landscape Architecture. Plans call for a stepped height profile, allowing it to match the varying scales of surrounding buildings.

The northern facade of the building is centered on a grand stairway, connecting the ground floor and exterior with the offices above. That element will be composed of fortina, described as an extruded aluminum material with an imprinted wood texture. 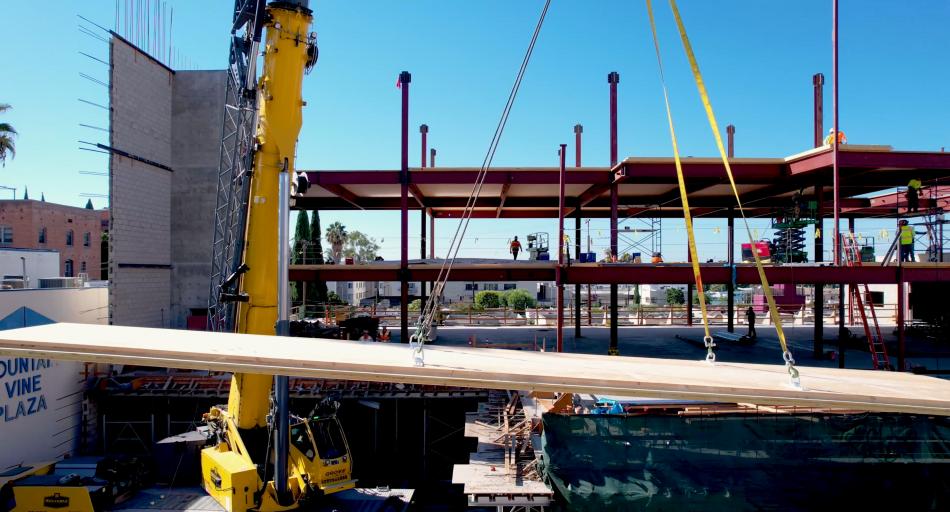 Other members of the project team include House & Robertson Architects and Del Amo Construction.

The project is among the first office developments in Los Angeles to employ cross-laminated timber as a building material, following close on the heels of 843 N. Spring Street in Chinatown.

Bardas, the West Hollywood-based firm behind the project, is investing heavily in Hollywood area offices, recently announcing plans for a $600-million redevelopment of the Television Center complex a short distance south on Cahuenga. 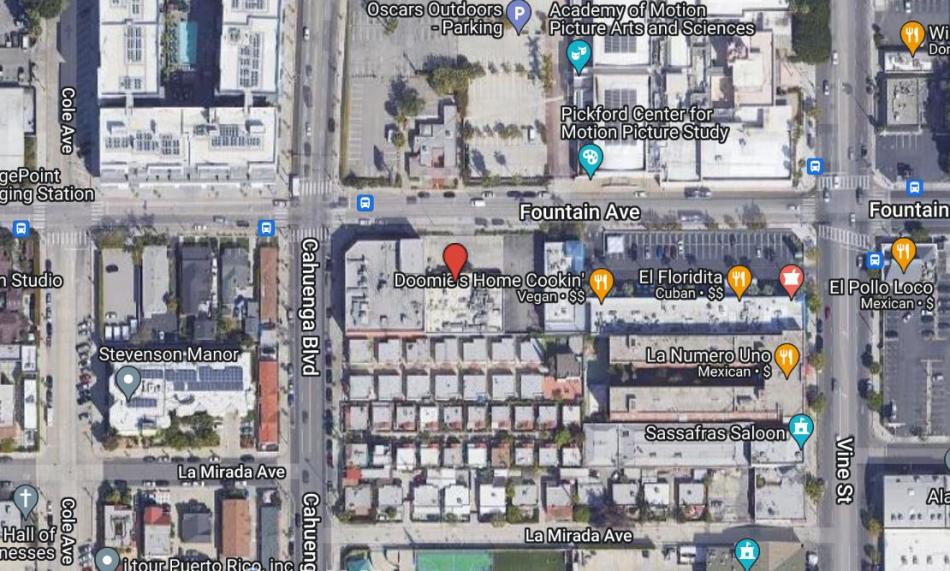