City Place - which fronts 6th Street in the north, Long Beach Boulevard to the east, Pine Avenue to the west, and 3rd and 4th Streets to the south was built in 2002 on the former site of the enclosed Long Beach Plaza mall, features  almost 200,000 square feet of space - much of which is set aside for big box stores. At the time the property was acquired, Turnbridge, Waterford, and Monument Square indicated that the struggles of the mall in the era of e-commerce had prompted a decision to pursue redevelopment.

The project which the joint venture has generated, named "Mosaic," calls for razing much of the mall's footprint to build a trio of eight-story apartment buildings featuring a combined total of 900 residential units and 38,405 square feet of ground-floor commercial space. Parking for 1,383 vehicles is also planned at street level.

A staff report indicates that the project would offer a mix of studio, one-, two-, and three-bedroom apartments, with 54 to be set aside for rent as very low-income affordable housing for a period of 55 years. 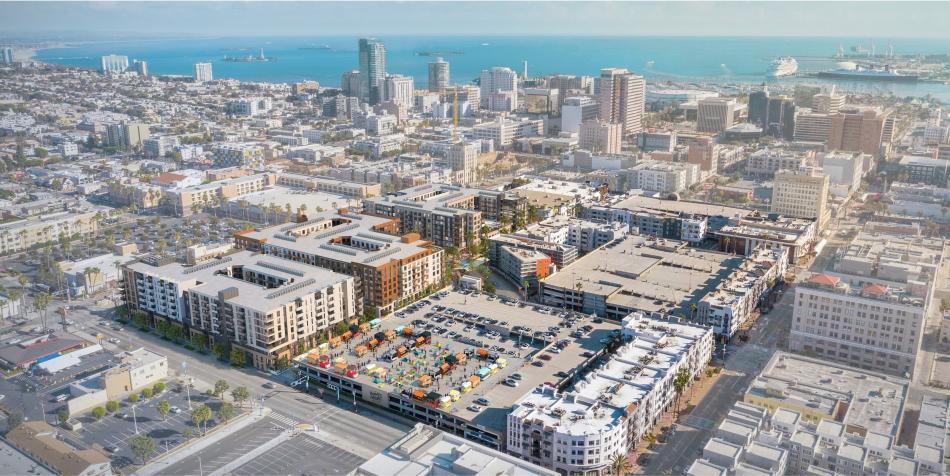 MVE + Partners is designing Mosaic, which will replace the buildings along the eastern side of the mall adjacent to Long Beach Boulevard and the A Line. The new podium-type apartment buildings would include more than 100,000 square feet of common and private open space, with amenities including pools and spas, fitness areas, dog runs, courtyards, and rooftop decks. Additionally, a new pedestrian paseo is planned to connect 5th and 6th Streets on the west side of the new construction, adjacent to a city-owned parking structure.

Plans to redevelop City Place follow in the wake of a scuttled effort by prior landlord Shooshani Developers, which had attempted to "un-name" the mall, and added a 20-unit mixed-use apartment complex near the center of the complex. However, those efforts ended when Shooshani defaulted on a loan tied to the property.

The project joins a number of new mixed-use projects in the works for Downtown Long Beach, including the neighboring Onni East Village and a Holland Partner Group venture now underway one block to the west on Pacific Boulevard. 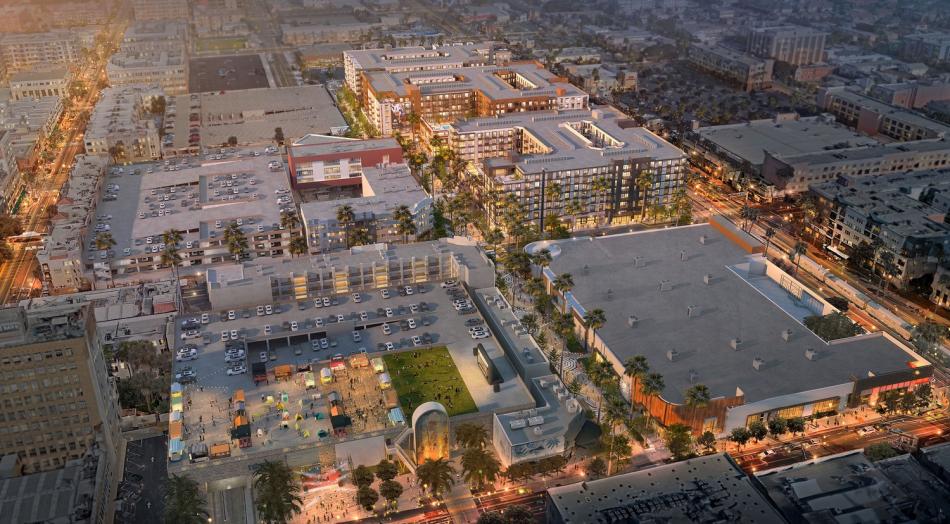