A car wash and a retail center near the busy intersection of Washington Boulevard and Western Avenue is slated for redevelopment, according to a pending presentation to the Harvard Heights - Western Heights Historic Preservation Overlay Zone (HPOZ) Board. 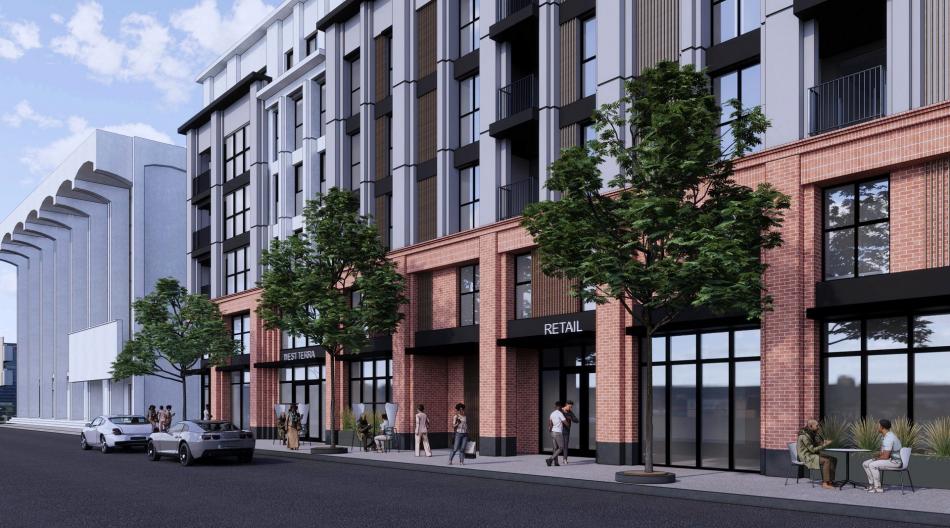 EGC Real Estate, the Hidden Hills-based real estate firm which controls the roughly 44,000-square-foot site at 1828 S. Western Avenue, is seeking sign-offs to raze both structures, which are considered non-contributing elements to the HPOZ. In their place, plans call for the construction of a new six-story building featuring 189 studio, one-, and two-bedroom apartments above approximately 6,000 square feet of ground-floor commercial space. Parking for 172 vehicles would be located at grade and in a single subterranean level.

Bittoni Architects is designing the proposed development, named West Terra, which would be clad in brick veneer on its two lower floors and painted plaster on its upper levels. Proposed on-site amenities include a courtyard, a rear yard, a recreation room, and a rooftop deck. More than half of the apartments would also feature private balconies.

The proposed project is one of a handful of ground-up developments EGC Real Estate has in the works for Central Los Angeles, joining an eight-story, 63-unit residential complex now rising on New Hampshire Avenue and a 67-unit mixed-use building rising next door on Vermont Avenue. Both of those buildings are located in the Koreatown area, to the south of 9th Street. 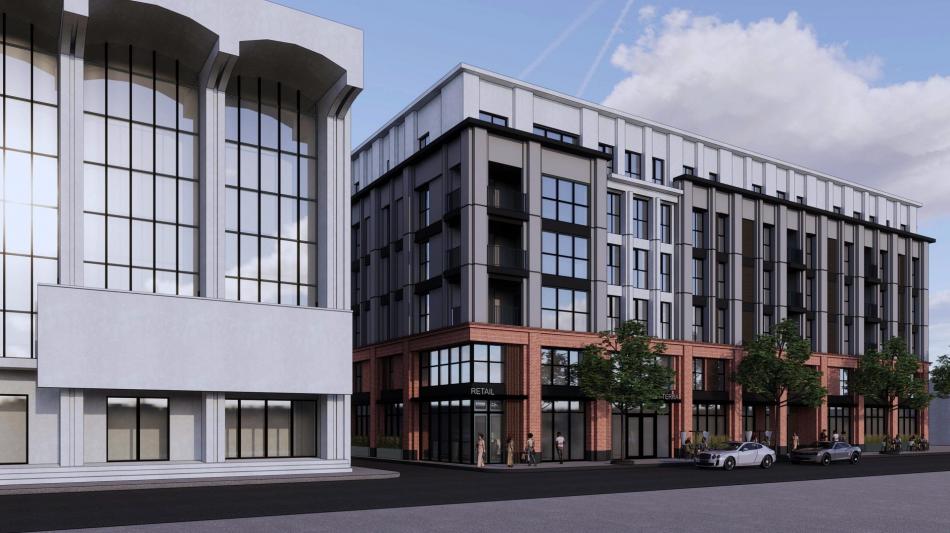 The Harvard Heights project would rise one block east of Washington Boulevard's intersection with Manhattan Place, where a smaller residential-retail complex featuring 20 dwellings is slated to replace a vacant commercial building.