The future of office buildings may remain up in the air in the aftermath of the pandemic, but Skanska's development arm is making a big bet on a comeback. 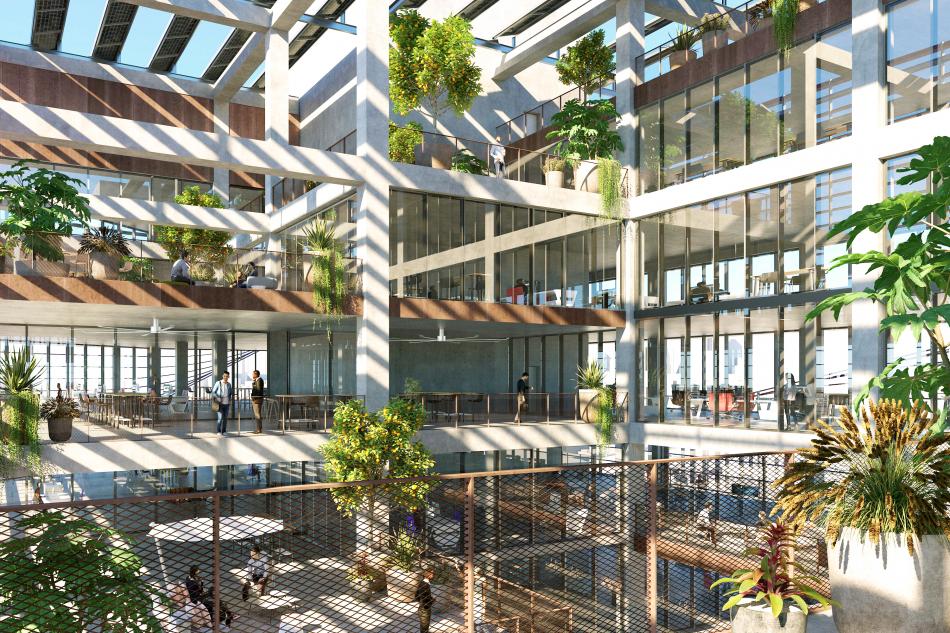 Yesterday, Skanska USA Commercial Development submitted an application to the L.A. Department of City Planning seeking entitlements for the redevelopment of a roughly 1.84-acre property located at 1727-1829 E. Sacramento Street in Downtown's Arts District. Proposed plans call for the construction of a new 15-story building featuring roughly 290,000 square feet of offices, according to a case filing.

Perkins&Will is designing the development, named 1811 Sacramento Street, according to a Skanska representative. Renderings depict a contemporary high-rise buildings with interior courtyards and terrace decks. Magenta-colored bands would wrap the exterior of the structure.

Other project elements will include roughly 13,200 square feet of retail and restaurant space, parking for 582 vehicles, and public space, according to the representative. 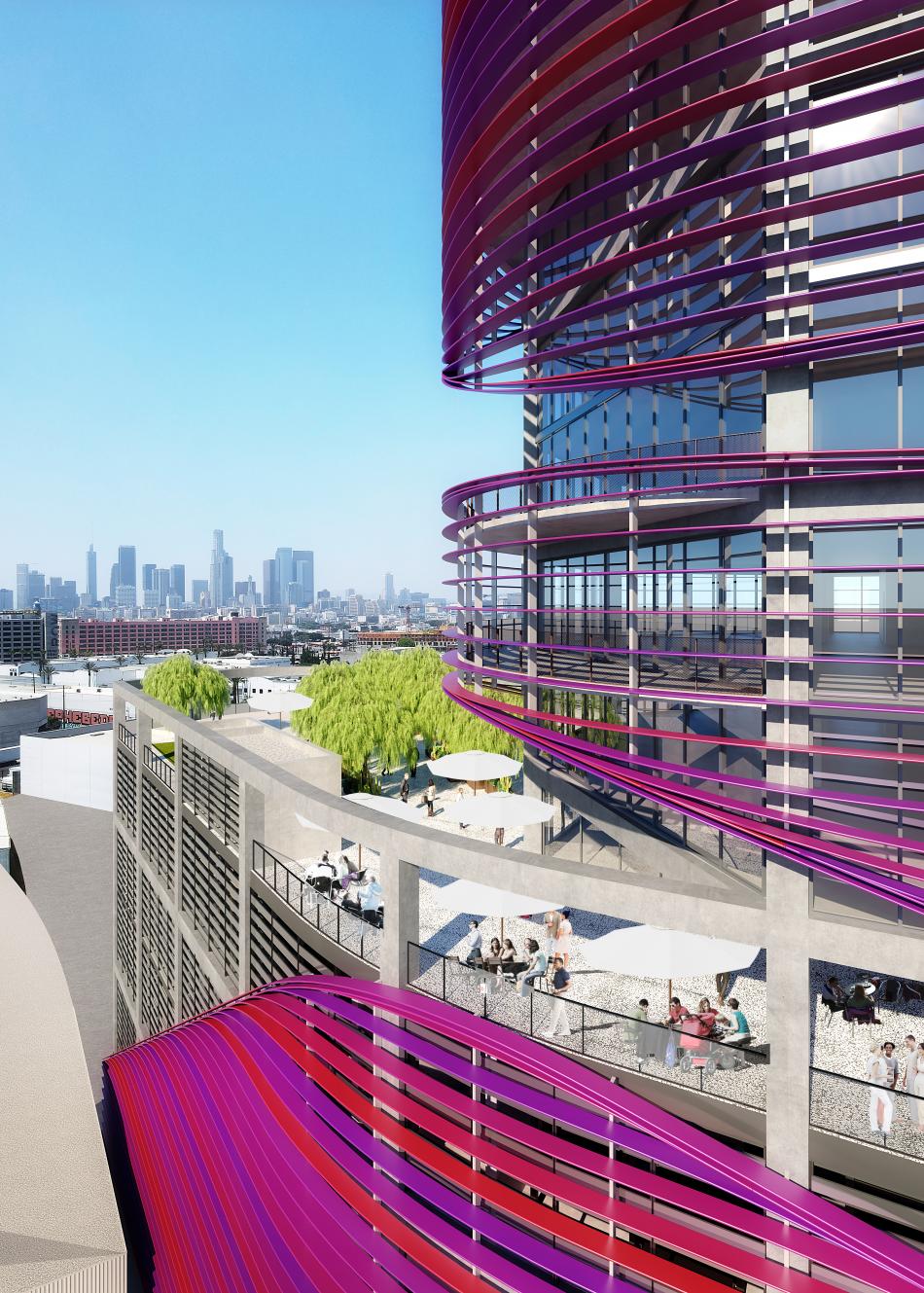 An estimated timeline for the project was not provided.

“We recently began the entitlement process for the proposed 290,900 square foot office and retail building in the Arts District of Downtown Los Angeles,” said Skanska USA Commercial Development executive vice president Clare De Briere in a statement announcing the project. “1811 Sacramento will be a highly sustainable office building that also reflects the vibrant energy of the neighborhood in its lively retail and community-centric gathering space. We look forward to bringing our vision for an innovative, flexible building environment with energy efficient technologies to fruition for climate and health-conscious tenants and the surrounding community."

Thanks in large part to the arrival of companies such as Warner Music Group and Spotify, the Arts District has emerged as a hub for new entertainment and media offices, but also at a time of uncertainty for the office market as a whole. Nonetheless, several similar projects have already been planned or approved nearby in the Arts District, including new developments from Onni Group, Jade Enterprises, Tishman Speyer, and Hines. 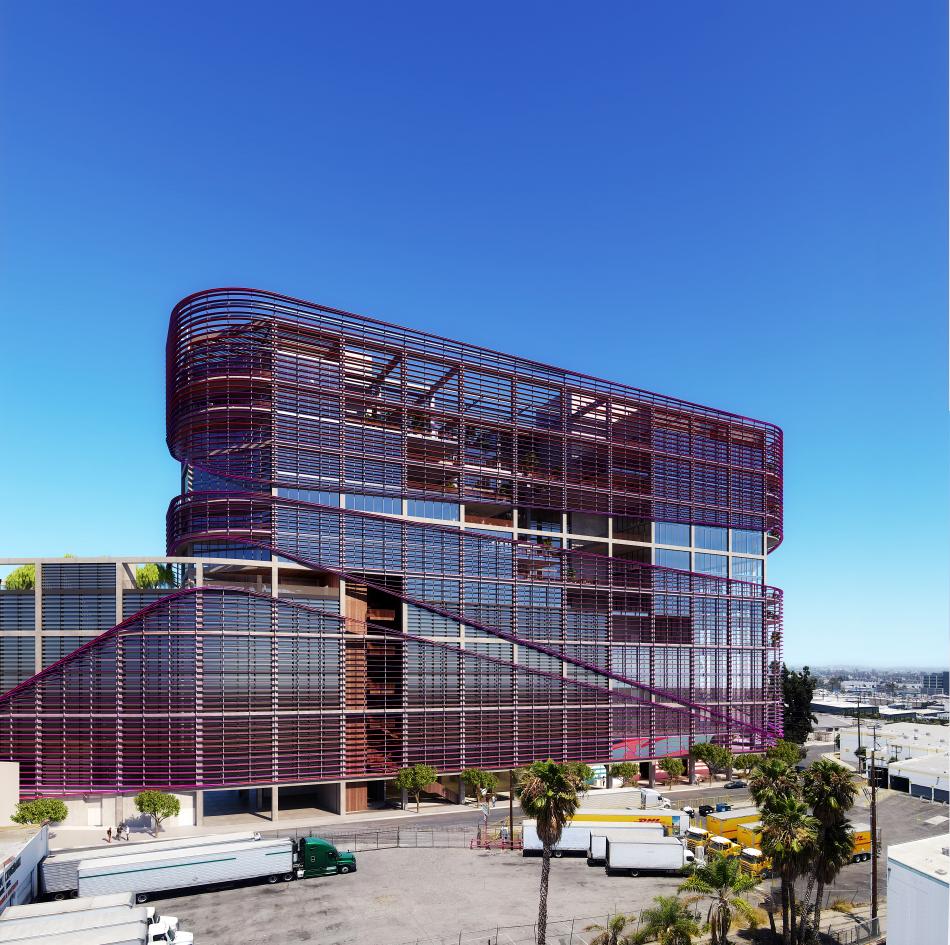 Skanska, which is perhaps better known for its construction business, has already made investments in L.A. area office buildings - specifically a new building now rising at 9000 Wilshire Boulevard in Beverly Hills, and another proposed down the street at 8633 Wilshire.