Just north of the 105 Freeway in Broadway-Manchester, a prolific South Los Angeles-based developer has another multifamily residential complex in the works.

In an application submitted earlier this month to the Planning Department, SoLa Impact requests approvals for the construction of a new five-story edifice at the southwest corner of Imperial Highway and Main Street, replacing a trio of commercial buildings. The proposed project, named Imperial & Main for its cross streets, would contain a total of 120 one- and two-bedroom apartments, as well as an accessory dwelling unit, making for a total of 121 residences. Parking for 60 vehicles would be located within a podium garage. 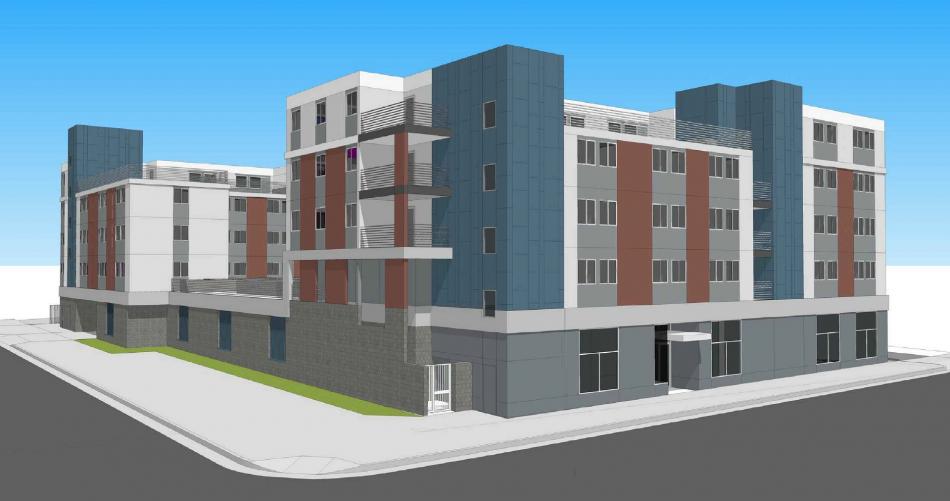 Breen Engineering is designing the contemporary low-rise structure, which would have a U-shaped footprint above its podium level, wrapping a central courtyard. Images also show a pair of rooftop decks and balconies on some units. 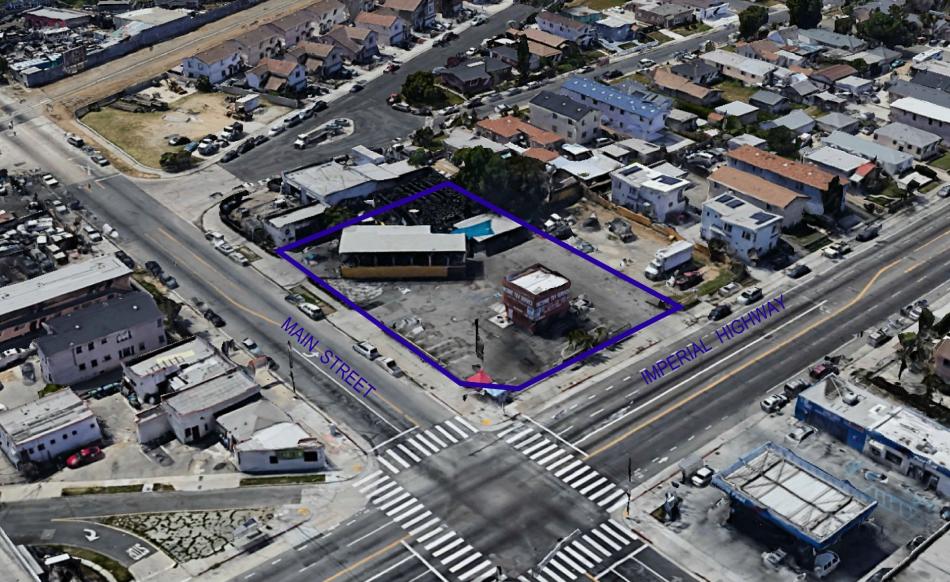 The proposed project is one of numerous developments SoLa Impact has planned for South Los Angeles, including a similar 84-unit apartment complex which would rise a short distance south at Main's intersection with 116th Street.

The Imperial & Main site is located one block east of Imperial Highway's intersection with Broadway, where construction is currently underway for a LOHA-designed permanent supportive housing development composed of prefabricated modular units.