Bijan & Associates is designing the housing complex, which is shown in architectural plans as a contemporary low-rise complex, capped with rooftop decks. Plans also call for a small courtyard area between the new construction and an existing production center, which is to be retained on the project site.

Construction of the proposed development is expected to occur in two phases, starting with a smaller building fronting Gower Street, followed by a larger structure at Lexington and Lodi, according to information included with the project's entitlement application. 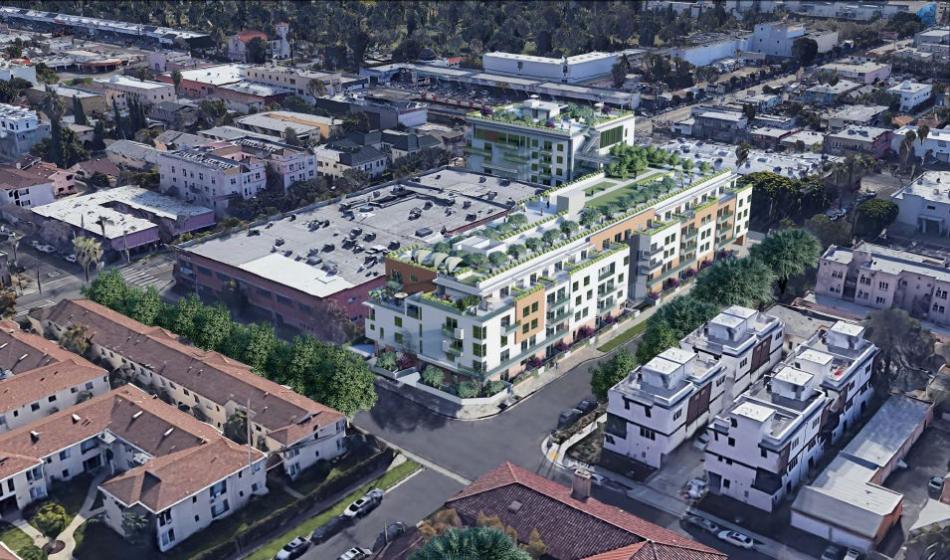 The vote to approve TenTen Hollywood came against opposition from Veronica Lebron, of Hollywood Coalition for Responsible Development, who appealed both the project's vesting tentative tract map and an associated zoning administrator's determination. However, a response from a representative of Amidi Group identifies the appellant as an attorney with the Silverstein Law Firm.

The appeal argued that the project violates a number of local zoning regulations, and should be subject to a full environmental impact report. A staff response found no evidence for the claims, and recommended that the project move forward, albeit with minor changes to address clerical errors made in the zoning administrator's determination latter.

Amidi Group, in addition to its Hollywood project, recently completed the similar TenTen Wilshire apartments in Downtown Los Angeles, and is currently building a mixed-use complex with housing and retail in Downtown Glendale.