At the northern end of Downtown Glendale, a long-proposed mixed-use apartment complex from the Amidi Group is finally under construction. 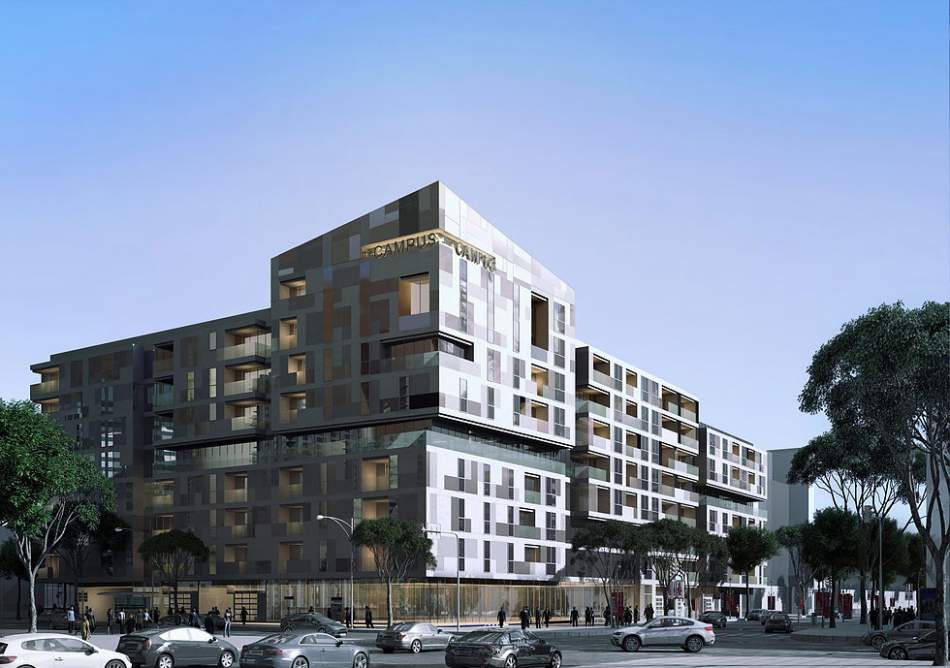 Previously known as the Campus on Brand, the L-shaped development at 409 N. Brand Boulevard calls for the construction of a mid-rise building featuring 219 studio, one- and two-bedroom apartments, nine live/work units and 5,000 square feet of ground-level commercial space.

Bijan & Associates is designing the complex, which will have an eight-story profile along its eastern frontage facing Lexington Avenue and Orange Drive, but scale down to a one-story building along Brand Boulevard to the east. Renderings show the building would step down in height through a series of terrace decks which would be used as open space amenity decks for residents and outdoor dining space for a restaurant. Plans also call for a large courtyard street-level opening onto Brand.

Construction of the Campus is expected to occur over a roughly 20-month period. 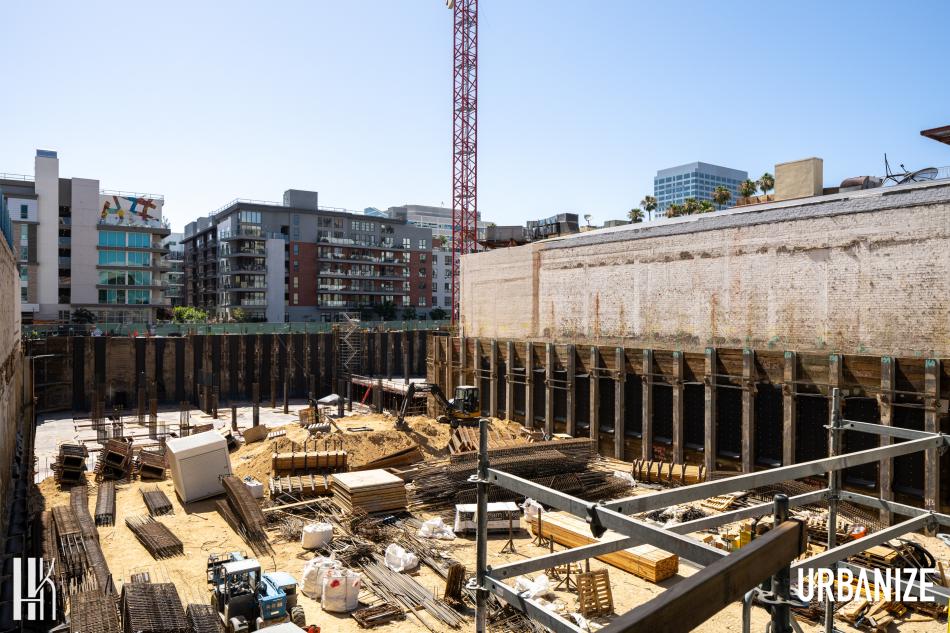 Amidi Group, based out of Northern California, has also worked with Bijan & Associates on two similar projects in the City of Los Angeles - the recently-completed TENTEN Wilshire expansion in Downtown and a proposed 169-unit apartment complex in Hollywood.

The Glendale site sits east across Orange Drive from Next on Lex, a larger 494-unit apartment complex which opened in 2019, and two block south of high-rise developments proposed by Onni Group and Cimmarusti Holdings.