A late 1950s warehouse located just east of the L.A. River in Cypress Park could be razed and redeveloped with a live/work apartment complex, according to plans now being reviewed by the City of Los Angeles. 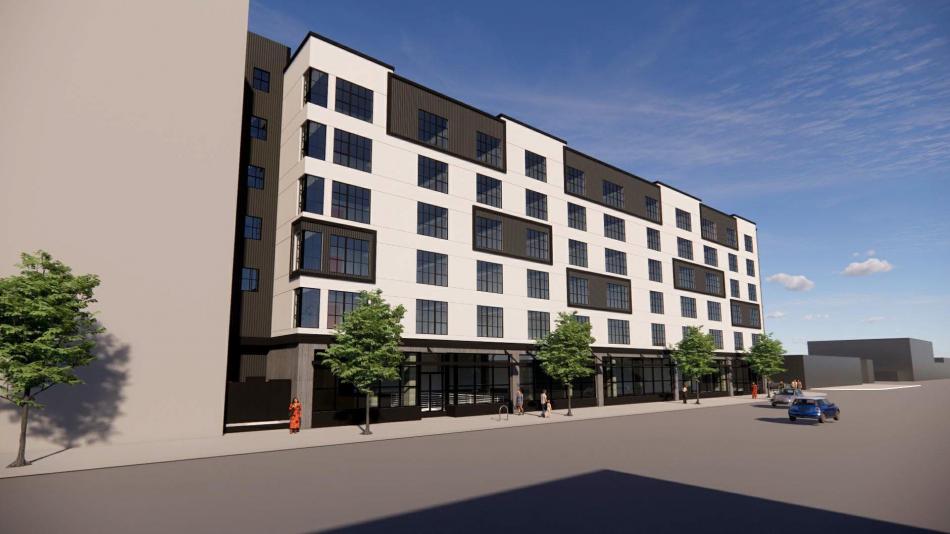 The proposed project, which would rise at 3200 N. Figueroa Street, is described in a filing as a six-story structure which would feature 160 live/work units above 6,200 square feet of ground-floor commercial space and a single level of subterranean parking for 149 vehicles. Plans show a mix of studio, one-, and two-bedroom dwellings.

DFH Architects is designing the project, which is depicted in renderings as a contemporary low-rise structure. According to a description included on the firm's website, the apartment complex will include amenities such as a gym and a business center, as well as a courtyard at the second floor.

The new apartment complex would be accompanied by a self storage facility, to be located along the northern boundary of the development site. 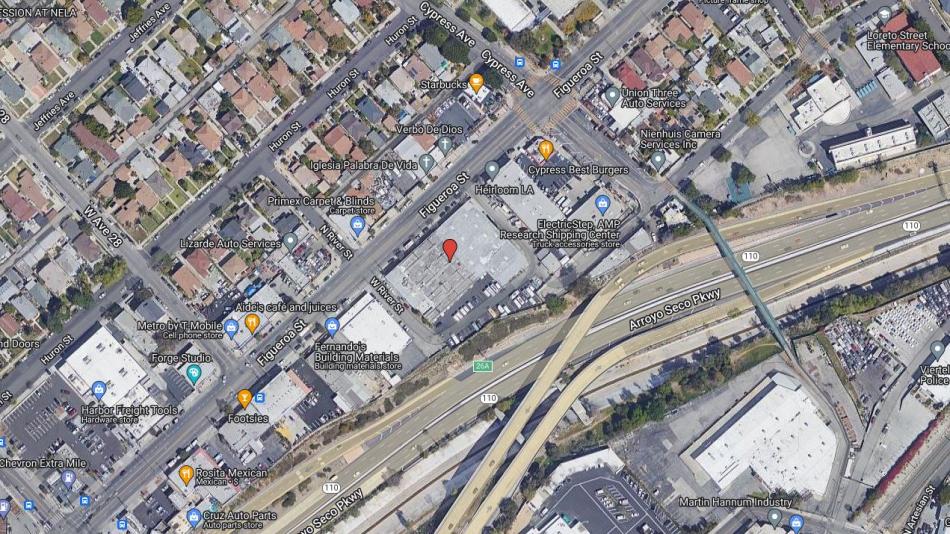 The project is located in the northernmost section of the Cornfield Arroyo Seco Specific Plan Area, which was adopted one decade ago to encourage and steer the development of sites near the Los Angeles River to the north of Downtown. While the plan has received praise for eliminating parking requirements and attempting to preserve jobs-producing industrial land, it has notably failed to generate much in the way of housing. To date, two housing projects have been built within its boundaries in the Lincoln Heights neighborhood, and a third recently broke ground in Chinatown.

A representative of DFH Architects previously indicated that construction of 3200 N. Figueroa Street is expected to begin in 2023.