Directly south of the Glendale Freeway, a reader sends word that demolition is underway at a warehouse near the L.A. River which is approved for redevelopment with housing. 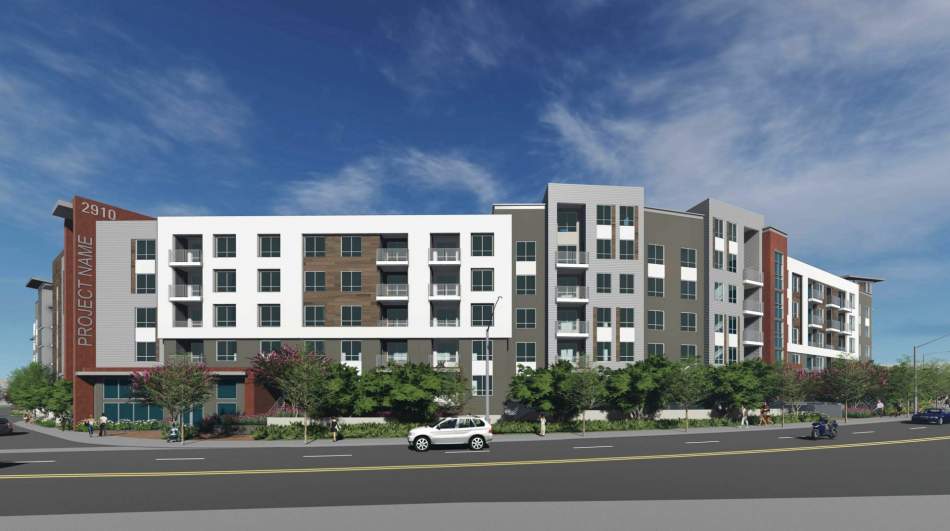 View from across San Fernando RoadAO

In early 2020, San Diego-based developer Fairfield Residential secured entitlements for the construction of a multifamily residential complex at 2900 San Fernando Road in Glassell Park. The proposed project, located near the river's east bank, calls for the construction of a new five-story complex featuring 370 one-, two-, and three-bedroom apartments, as well as a new garage with parking for roughly 600 vehicles.

In exchange for density bonus incentives, Fairfield will be required to set aside 31 of the apartments as deed-restricted affordable housing at the very low-income level.

AO designed 2900 San Fernando, which is depicted in renderings as a contemporary low-rise complex. Planned amenities include courtyards, a fitness center, and a rooftop deck.

Per an environmental study published by the City of Los Angeles, construction of the project is expected to occur over a roughly 20-month period.

Fairfield's other recent Los Angeles area projects include the Ox on Vela apartments in Warner Center and The Aliso development in the Arts District.  Fairfield is also in construction at a second apartment complex in the Canoga Park area, and has plans for a strip mall flanking Dinah's restaurant in Westchester.

While the 2900 San Fernando development is headed toward construction, a similar project planned for a neighboring site to the west will not be moving forward. The Casitas Lofts, also known as True North Landing, had called for the construction of 419 apartments and commercial uses on a site located directly on the river's east bank. However, developer PanAm Equities recently withdrew its entitlement application in the face of community opposition, instead selling the property to Rexford Industrial.