Each year, Long Beach Mayor Robert Garcia's Building a Better Long Beach presentation provides a showcase of new and future developments coming to the city. To that end, the 2022 edition did not disappoint, with the Mayor revealing that three of the most prolific developers in L.A. County have set their sights on waterfront properties along Pacific Coast Highway.

The three projects at 6500, 6615 and 6700 E. Pacific Coast Highway, proposed by Onni Group, Carmel Partners, and Holland Partner Group respectively, will create a combined total of 1,360 housing units as well as commercial uses on sites now occupied by parking, offices, and the Marina Shores shopping center.

The Long Beach Business Journal reports that Onni Marina Shores, a follow-up to the Vancouver-based firm's under-construction Broadway Block development, will be a fully market-rate complex. 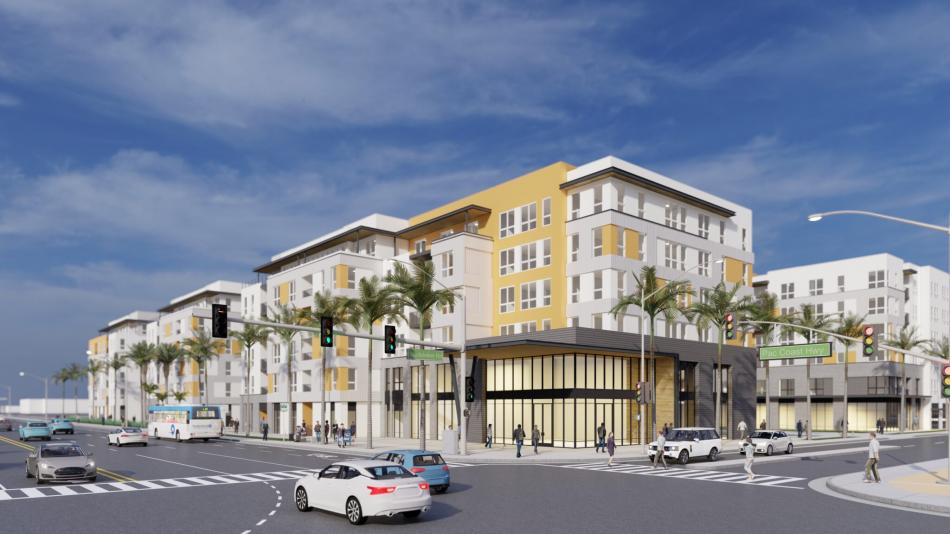 Across the street at 6615 Pacific Coast Highway, the Business Journal reports that Carmel Partners intends to raze an office complex and surface parking to clear the way for the construction of a new six-story building containing 380 apartments - 71 of which would be set aside as affordable housing. Plans also call for 4,800 square feet of ground-floor commercial space.

Carmel, which is based in San Francisco, has developed a number of high-rise buildings in the City of Los Angeles, including the Cumulus complex in West Adams and the Atelier apartments in Downtown. The company's other future projects include a proposed 28-story high-rise just south of Beverly Hills and a 35-story development now rising in the Arts District. 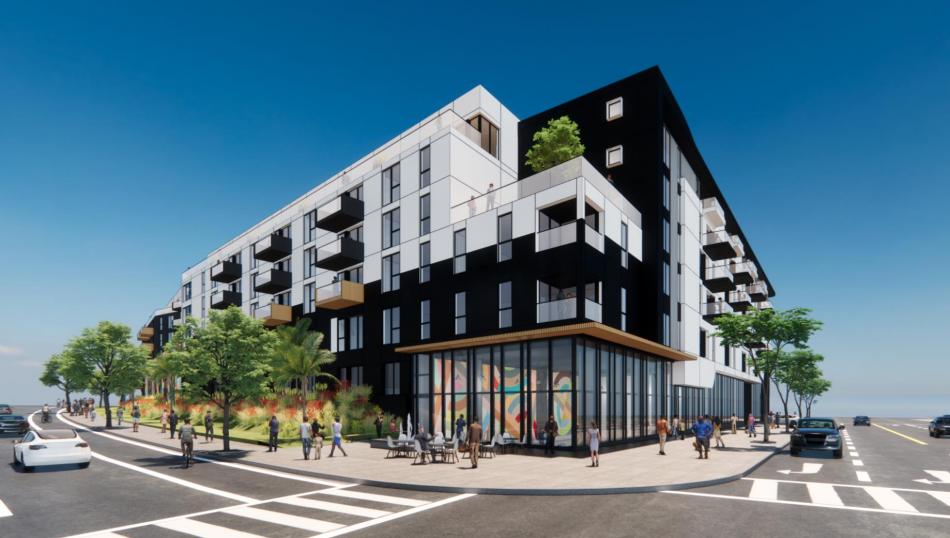 Holland is not a stranger to Long Beach, having previously developed the Volta on Pine development apartments in the city's Downtown.