One of L.A.'s most prolific developer is cooking up plans for a large apartment complex near the intersection of Sepulveda Boulevard and Manchester Avenue in Westchester.

Yesterday, Cityview submitted an application to the Los Angeles Department of City Planning seeking entitlements for the construction of a mixed-use residential complex at 6136 W. Manchester Avenue. The project - which also fronts 87th Street, Truxton Avenue, and La Tijera Boulevard - would replace a Pep Boys tire shop and a Del Taco with a new structure featuring a total of 441 apartments above approximately 16,000 square feet of ground-floor commercial space and parking for 551 vehicles. 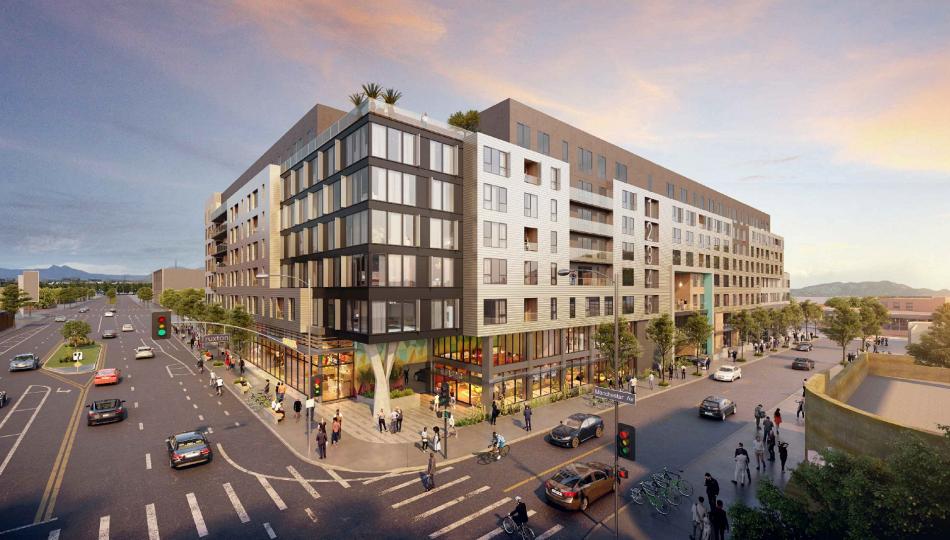 Requested entitlements include density bonus incentives, permitting a taller building with more floor area than otherwise allowed by zoning rules. In exchange, 66 of the new apartments would be set aside as deed-restricted affordable housing priced at the very low-income level.

AC Martin and MJS Landscape Architecture lead the design team for 6136 Manchester, which would stand eight stories facing Manchester, but gradually scale down to a four- and five-story building facing La Tijera to the southeast. Renderings a depict a contemporary building, with retail placed along Manchester and the corner of La Tijera and Truxton, and street-fronting live/work units activating its other frontages.

The building would include a series of common amenities for residents, including a fitness center and a club room on the interior, and two courtyard spaces at the podium level. Setbacks on upper floors would also be used to create a series of rooftop decks. 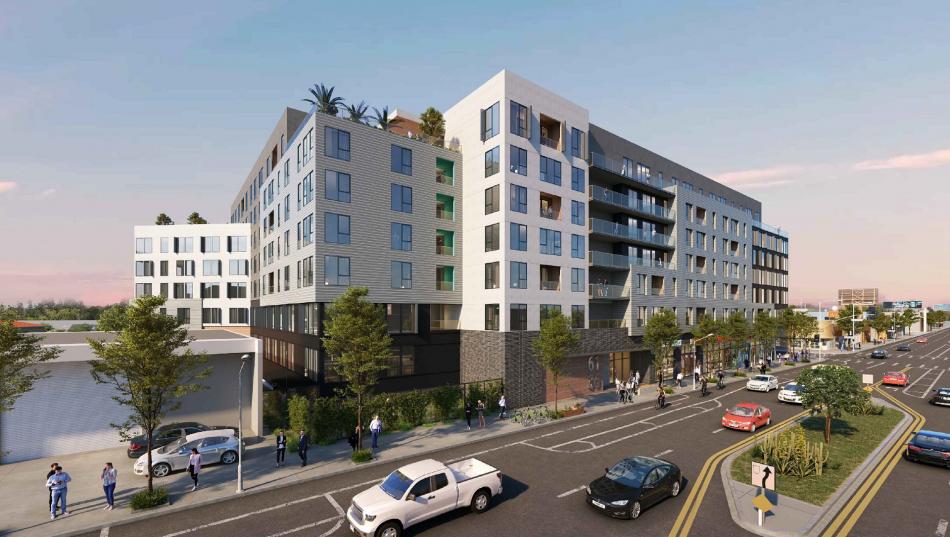 At street level, plans call for a larger outdoor plaza flanking the retail space at Truxton and La Tijera. That intersection serves as a gateway to the neighboring Westchester Town Center, feeding directly into a stretch of commercial buildings on 87th Street which is closed to automobile traffic on Sundays for a weekly farmer's market.

According to Cityview senior vice president Adam Perry, the project is intended to bring a new mix of uses to the Westchester Town Center, which lines Sepulveda Boulevard with offices and retail, but features little in the way of multifamily residential. Several other projects are also expected to introduce housing into the surrounding neighborhood, including a mixed-use building now taking shape nearby at Sepulveda and Manchester.

The project is expected to proceed through the city review process for roughly one year, and is expected to be built over a 30-to-36-month period after construction commences. 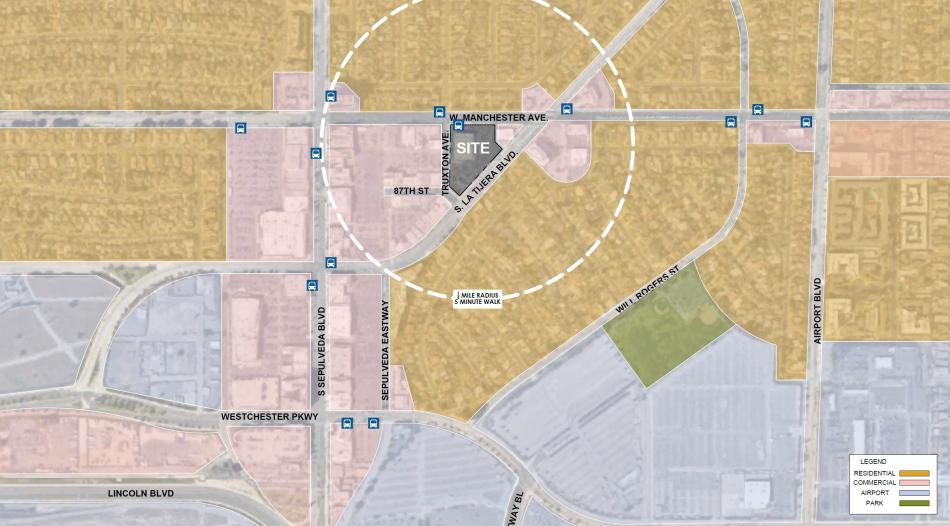 Cityview, which is currently in construction on mixed-use projects in South Los Angeles, Historic Filipinotown, and Carthay, ramped up its work over the course of the pandemic, says Perry. Currently, the Los Angeles-based firm has approximately 3,500 residential units in development or construction across the West Coast and Colorado, and recently launched an industrial arm with 1 million square feet of property in Arizona.