Across the street from L.A. County + USC Medical Center, a County-owned property in Lincoln Heights is up for redevelopment with affordable housing.

At its meeting yesterday, the Los Angeles County Board of Supervisors voted to enter into an exclusive negotiating agreement with Century Housing Corp. for the potential redevelopment of the roughly 2.3-acre site at 1321 N. Mission Road. The property, which also fronts Griffin Avenue, was previously developed with small buildings serving the neighboring hospital, which have been demolished.

Century's plan, which one out over five competing submissions, is expected to include as many as 300 apartments serving as supportive housing for homeless persons and families, as well as general affordable housing. The project, which is expected to be built with prefabricated modular units, would also feature 11,000 square feet of community-serving spaces, including workforce development and peer respite programs. 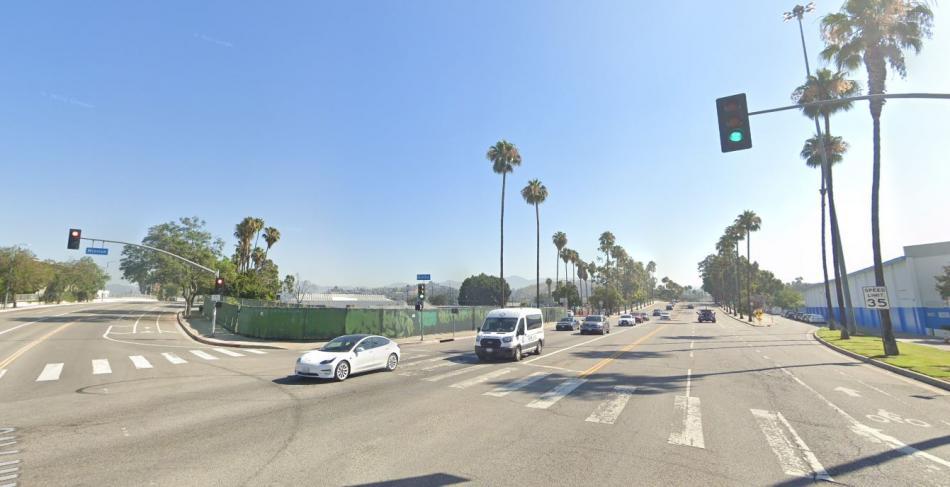 The project is considered an expansion of L.A. County's new Restorative Care Village, which includes interim housing and supportive services for unhoused patients discharged from the hospital. The campus is also expected to add new components on land that was formerly developed with the Women and Children's Hospital.

The exclusive negotiating agreement between Century Housing and L.A. County will run for an initial term of 180 days, with up to two optional 90-day extensions.

Other publicly-owned sites at the medical center campus are also expected to yield new developments in the coming years, as L.A. County pursues funding for the adaptive reuse of the historic General Hospital Building and the construction of housing, community-serving uses, and other functions on adjoining parcels.

Century Housing, based in Culver City, is currently in construction on new affordable housing in Long Beach and Wilmington, and is partnering on the redevelopment of publicly owned sites in Willowbrook, San Pedro, and Westwood.