An application just published by the L.A. Department of City Planning provides the first glimpse of the high-rise apartment tower that Onni Group hopes to bring to the Miracle Mile. 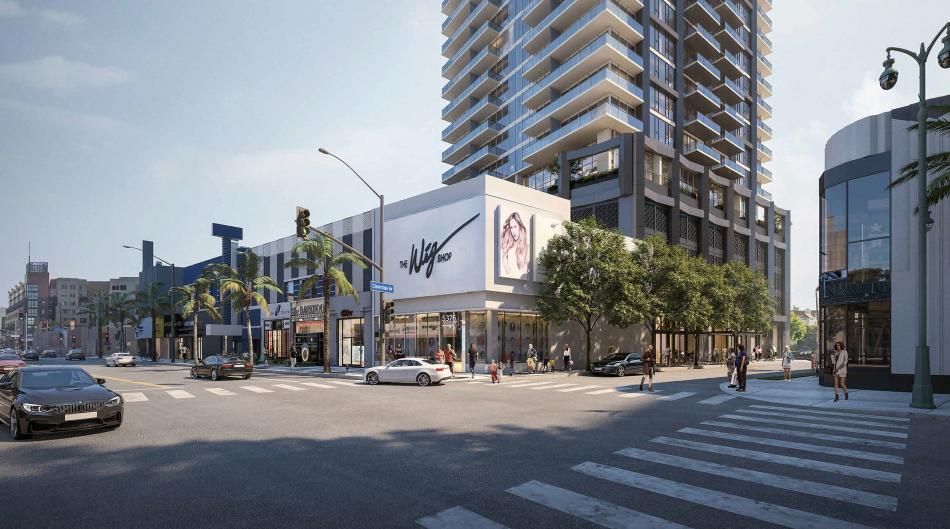 The Canadian development firm, which paid roughly $30 million earlier this year to acquire roughly 1.4 acres of property located at 5350-5376 Wilshire Boulevard, aims to redevelop surface parking at the rear of the site, which stretches between from Detroit Street and Cloverdale Avenue. The proposed project, named for its side street address at 708 Cloverdale, calls for the construction of a 45-story building featuring 419 one- and two-bedroom dwellings atop 2,645 square feet of ground-floor restaurant space. Parking for 443 vehicles would be located within four subterranean levels and a five-story podium at the base of the tower.

Requested entitlements for 708 Cloverdale include Transit Oriented Communities incentives, allowing a larger, denser development due to the property's location near the forthcoming Wilshire/La Brea subway station and existing bus service. In exchange for the development bonuses, the proposed tower would include 47 units of extremely low-income affordable housing.

MVE + Partners is designing the tower, which would rise approximately 530 feet in height, culminating in a crown which houses five penthouses. Floor plans also show amenities including a fitness center, a sky lounge, and a pool deck above the podium. The building, according to plans, is imagined as a contemporary interpretation of the Art Deco architecture, incorporating symmetry, layering of vertical and geometric lines, and repeating patterns into its facade. 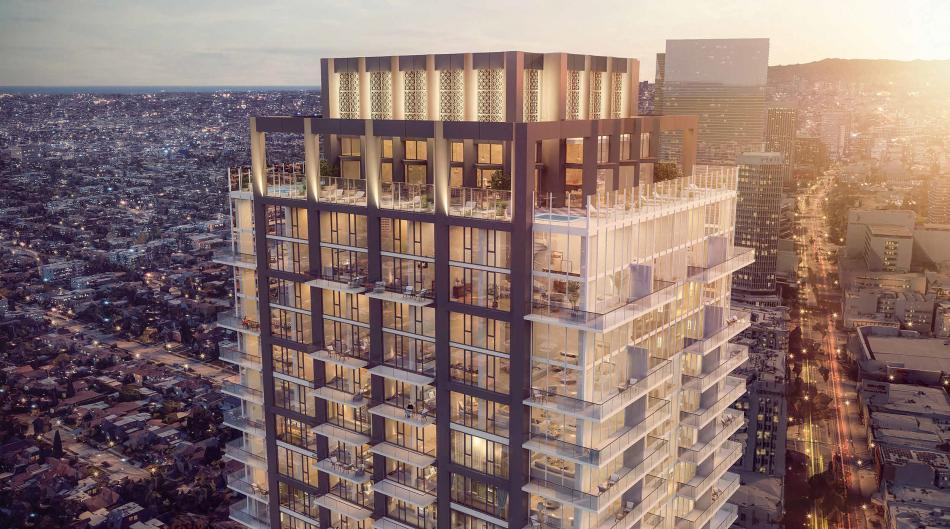 Close-up of facade and rooftop of 708 CloverdaleMVE + Partners

Onni intends to retain approximately 42,000 square feet of existing commercial uses fronting Wilshire Boulevard, including buildings which date to the 1920s and 1930s. Those structures are described as an inspiration for the new construction in a design narrative.

"At 5350-5356 Wilshire Boulevard, [renowned] architect Edward Sibbert's use of strong vertical lines and Art Deco details has heavily influenced the [faceted] framing at the tower," reads the narrative. "As the gateway to Miracle Mile east, the new tower will serve as an elegant beacon that will highlight an entry to the collection of cultural arts buildings, museums, and public art spaces within [the] Miracle Mile."

The 708 Cloverdale development is the latest in a series of proposed high-rise buildings in the works for the Miracle Mile, the 42-story residential tower at 5411 Wilshire Boulevard  proposed by  Walter N. Marks, Inc. and Onni's planned revamp of the Wilshire Courtyard complex. Additionally, a mid-rise hotel and condominium complex is planned a short walk east along La Brea Avenue, directly north of the new Metro stop. 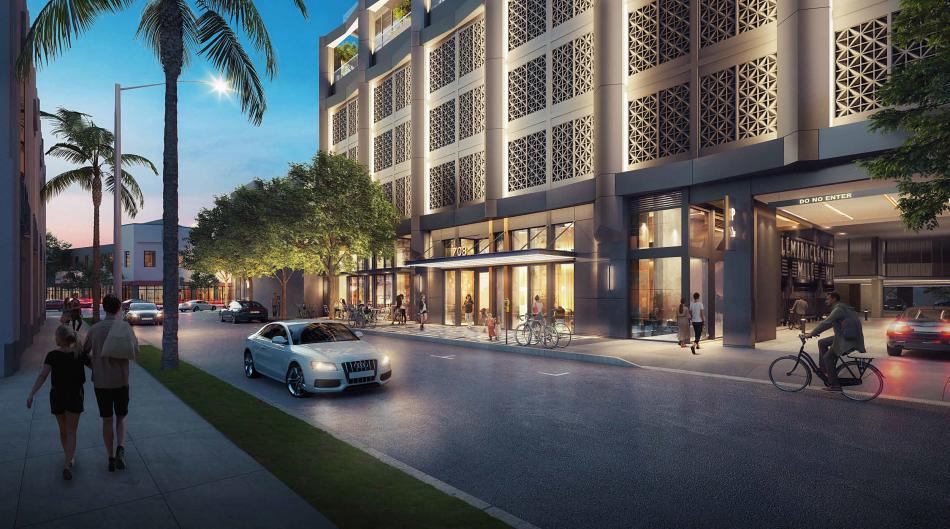 Onni, which is headquartered in Vancouver, has spent the past decade building out of a portfolio of large projects in the Los Angeles County. Besides its Miracle Mile projects, the company also behind new office and residential developments at multiple sites in Downtown Los Angeles, Long Beach, and Hollywood.