After five years of quiet, Onni Group's proposed high-rise development near Sunset and Vine in Hollywood is back - and with some big changes. 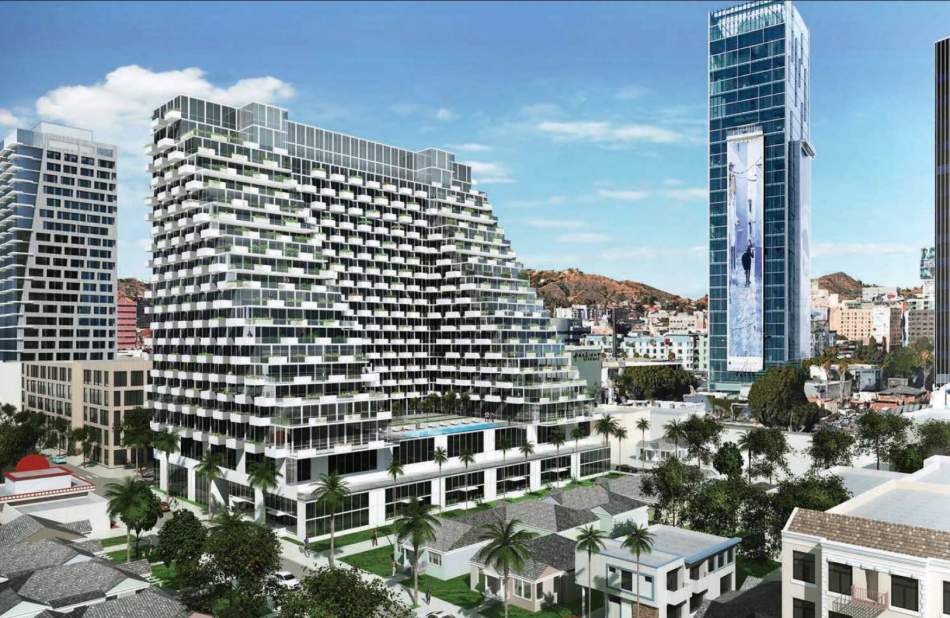 The project at 1360 N. Vine Street, submitted to the City of Los Angeles for review in the run-up to the Measure JJJ vote in late 2016, was originally envisioned as 21-story apartment tower, highlighted by a cascading series of terrace decks facing east. Plans called for up to 429 residential units, accompanied by parking for 677 vehicles and upwards of 60,000 square feet of pedestrian-oriented commercial space.

Revised plans, revealed by an environmental study that will be published this week by the Planning Department, now shows two potential development scenarios for the project.

In one alternative, Onni would build a residential tower with the same total of 429 units (with 36 set aside for rent by very low-income households) as well as a 60,000 square feet of commercial space - the bulk of which would be devoted to a grocery store. Additionally, a series of bungalows to the east of the new construction would be retained as either restaurant space or 12 residential units. 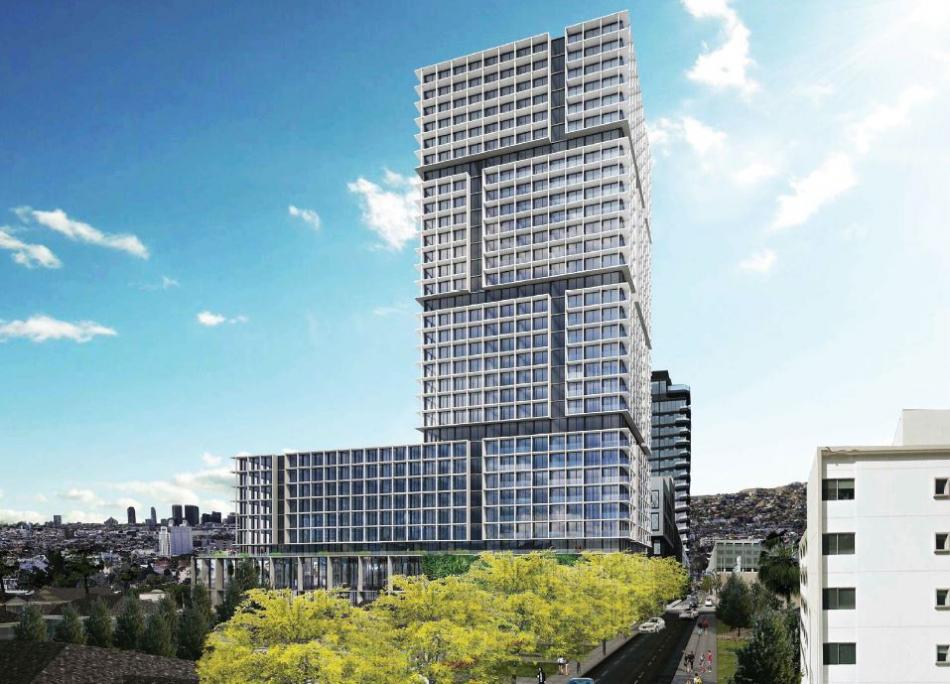 Stanley Saitowitz | Natoma Architects has been retained to design the residential alternative, which is now envisioned as a taller 32-story, 360-foot-tall building with a grid-like exterior. Plans also show four levels of subterranean parking below the tower.

If built as an office building, the project would include eight levels of subterranean parking - offering space for nearly 1,700 vehicles. 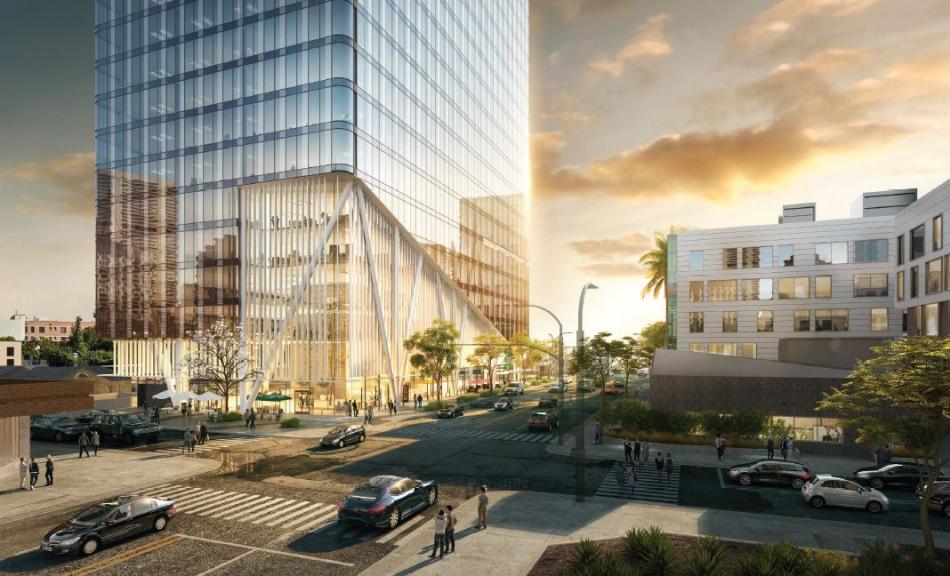 Solomon Cordwell Buenz, a firm which is working with Onni Group on several other projects, is designing the office alternative, which is depicted as a contemporary high-rise wrapped in a glass curtain wall.

Pending approval of entitlements, which would include a zone change in either alternative, construction at 1360 N. Vine Street is expected to kick off in 2023 and conclude by 2027.

The added flexibility to develop the site as an office building reflects changes to the Hollywood real estate market since Onni Group first initiated its entitlement application in 2016. In the years that have followed, entertainment and media firms such as Netflix have gobbled up new construction in the near vicinity - including all of the office space at Kilroy Realty's On Vine campus across the street. 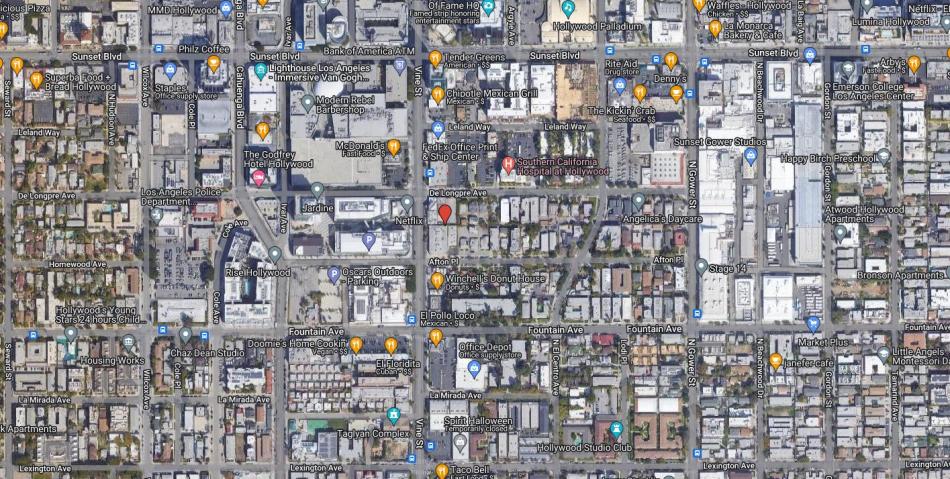