In recent years, CIM Group has built up a neighborhood of new office buildings, housing, and restaurants in the largely industrial in the Hollywood Media District. Now, another prolific real estate development firm is entering the mix. 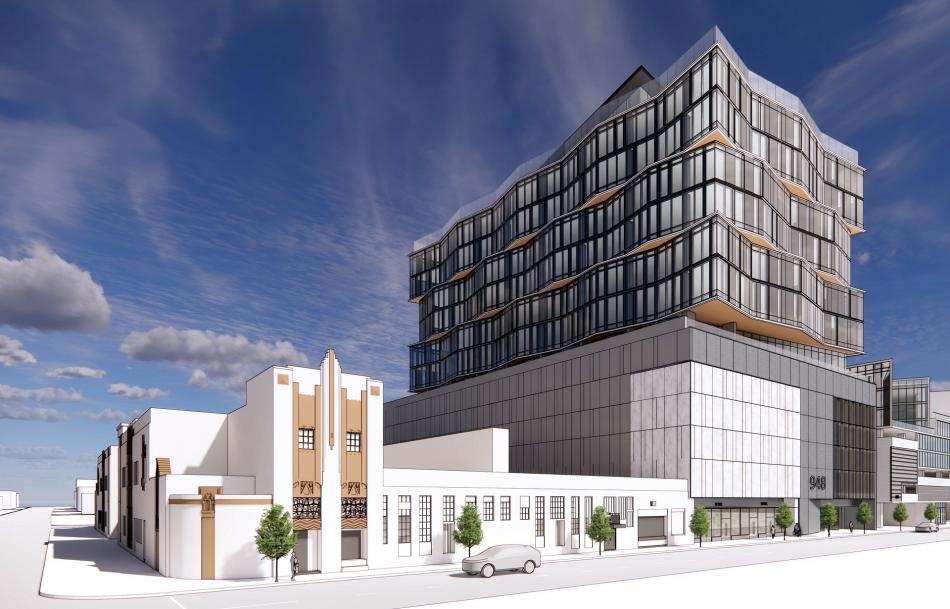 Earlier this month, Onni Group submitted an application to the Los Angeles Department of City Planning seeking entitlements for the construction of a new office complex at the intersection of Romaine Street and Sycamore Avenue. The proposed project would retain one existing building, the nearly 67,000-square-foot Hughes Building at 7000 W. Romaine Street, while redeveloping an adjoining parking lot at 948 N. Sycamore Avenue with a 14-story building featuring approximately 195,000 square feet of offices above 6,393 square feet of ground-floor commercial space and a five-level, 809-car parking podium.

Solomon Cordwell Buenz is designing the mid-rise structure, which would stand approximately 216 feet in height. Plans depict a contemporary look for the tower, with white stone, metal panels, and concrete wrapping the podium levels, and a glass facade on the office levels above. Amenity decks are planned at the podium and roof levels.

Construction of Romaine & Sycamore is contingent on the approval of discretionary entitlements by city officials, including a zone change and a conditional use permit for alcohol sales in the ground-floor commercial space. 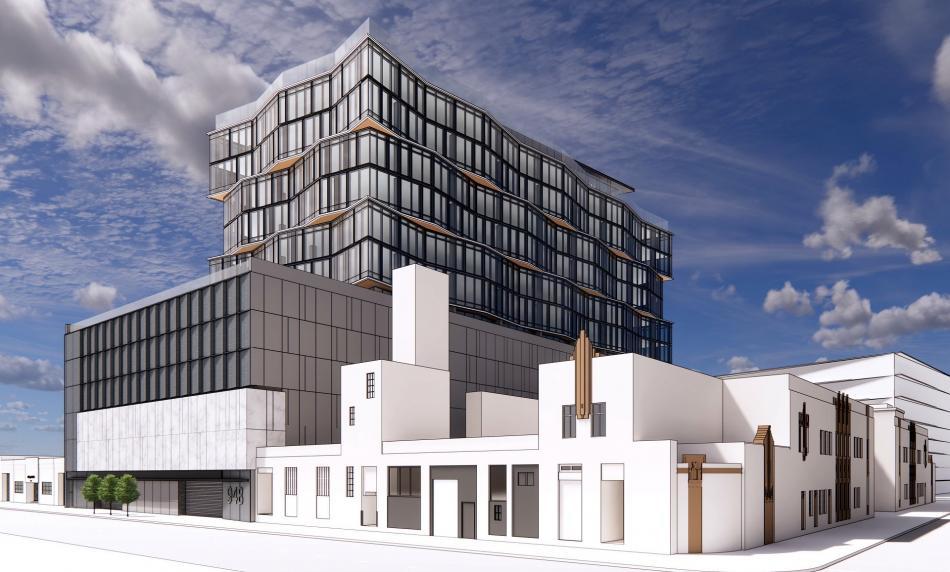 While the surrounding sites have been developed by CIM Group into buildings which now house tenants such as SirusXM and Kaiser Permanente, Onni Group also has a presence in the Hollywood Media District. A block north on Santa Monica Boulevard, the Vancouver-based firm is in construction at a 231-unit apartment complex with ground-floor retail space.

Onni is also planning new offices buildings on Wilshire and Hollywood Boulevards, and is in the midst of construction at high-rise residential developments in Downtown Los Angeles and Downtown Long Beach.