The firm's latest project, filed in August with the L.A. Department of City Planning, would rise from an L-shaped property at 248 W. Imperial Highway, would replace a shuttered industrial building with new five- and four-story structures featuring 166 rental apartments, 1,030 square feet of ground-floor commercial space, and parking for 85 vehicles.

Requested entitlements include Transit Oriented Communities incentives, allowing a larger structure than permitted by zoning in exchange for setting aside 19 of the new apartments aside as extremely low-income affordable housing.

Breen Engineering is designing the project, which is shown in renderings as a contemporary low-rise structure with multiple courtyards located at the podium level. 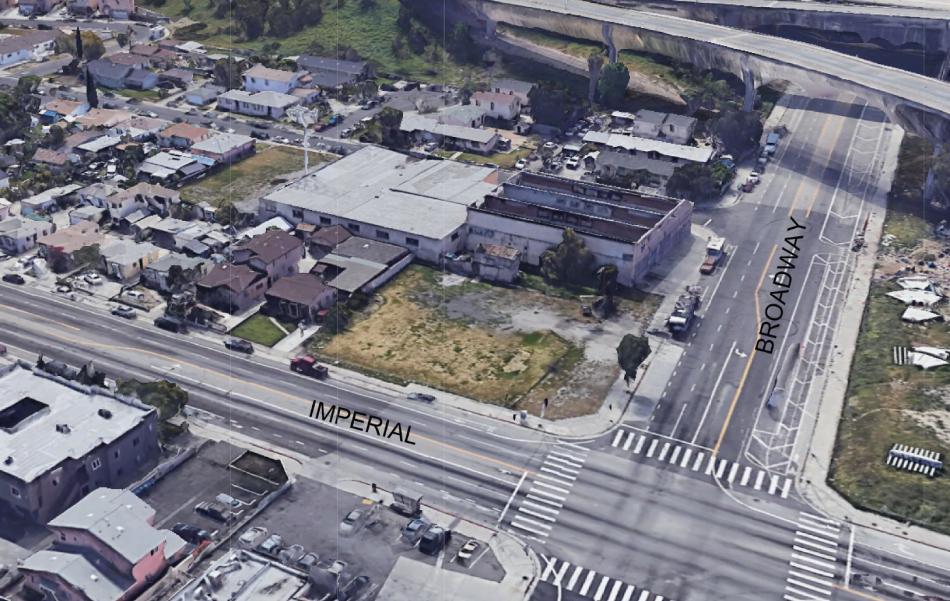 The project is the third for SoLa Impact flanking Imperial Highway, following a similar 121-unit mixed-use complex planned a block east at Main Street and an 84-unit building now under construction a block south at 116th Street.

The 248 Imperial site also sits across Broadway from the Isla Intersections supportive housing complex, which is being built by Holos Communities.