A new video published to Metro's YouTube channel offers an animated simulation of all three options on the table for the proposed extension of the C (Green) Line from Redondo Beach to Torrance. 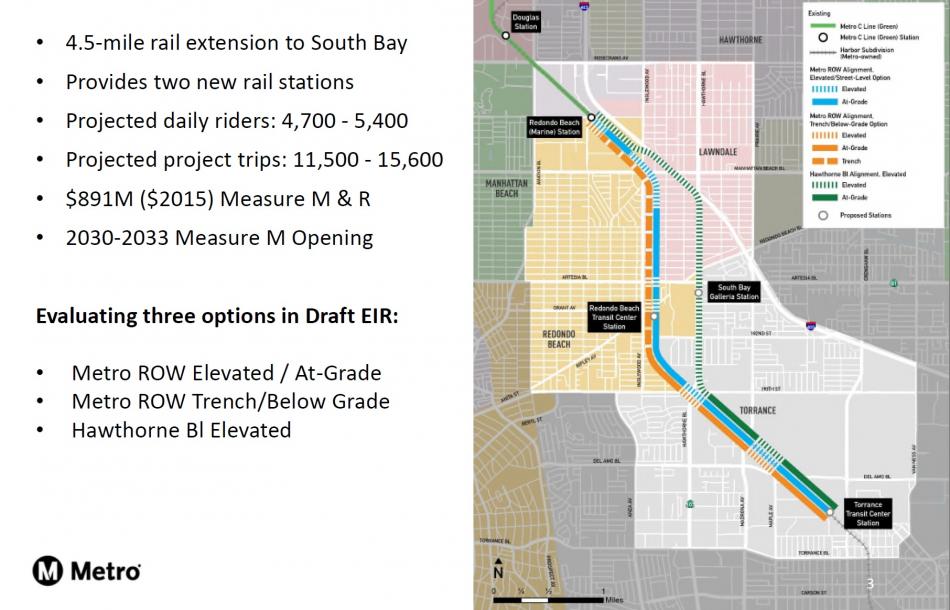 For years, Metro has proposed to extend the C Line from its current terminus along Marine Avenue just west of the 405 Freeway by 4.5 miles, with new stations planned near the South Bay Galleria and the Torrance Transit Center. Anticipated ridership ranges between 4,700 and 5,400 daily passengers, and the he project has been allocated roughly $891 million in local sales tax revenue as a result of Measures R and M.

The extension is intended to either continue within its existing right-of-way, the Metro-owned Harbor Subdivision, or briefly jump east across the freeway to travel within the wide median of Hawthorne Boulevard (itself a former streetcar route). As we reported earlier this month, Metro is studying three potential build options within those corridors, including: 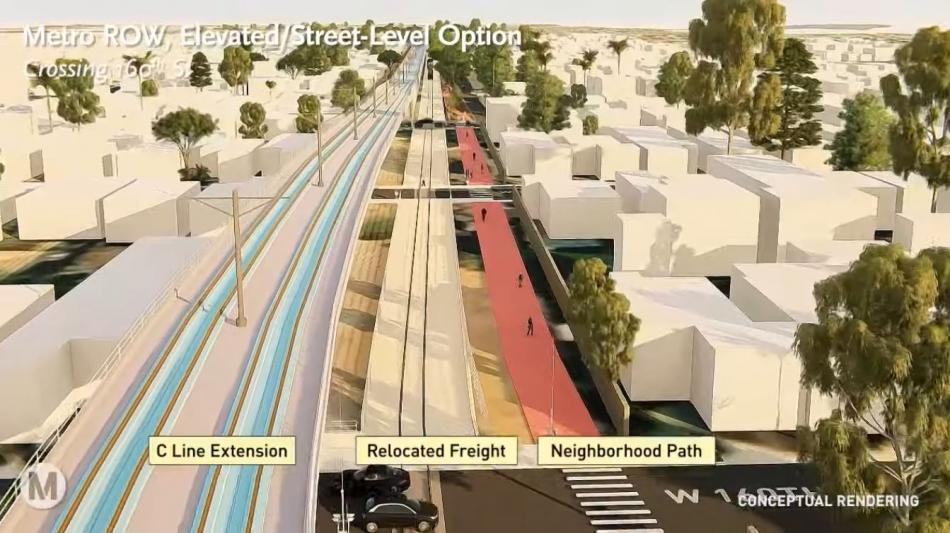 All options would eventually use the freight right-of-way on its final leg between Hawthorne Boulevard and the Torrance Transit Center.

The two Harbor Subdivision alternatives, in addition to rail, would also involve the relocation and reconstruction of existing freight tracks, and potentially the addition of a new multi-use path between 159th Street and 170th Street. 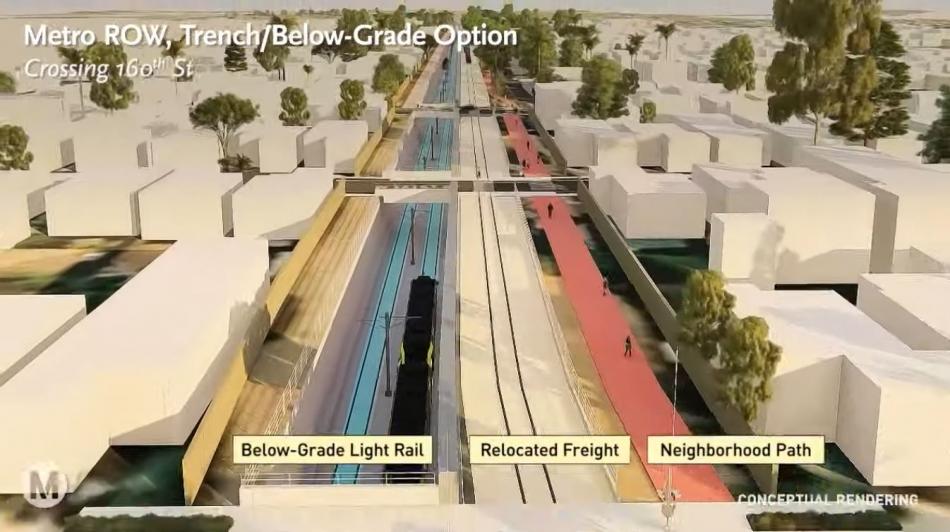 Under its current timeline, Metro expects to release the draft environmental study for the project in either late 2022 or early 2023, with the final study expected in 2024.

Completion of the C Line extension is expected between 2030 and 2033 under the Measure M schedule, though Metro officials have looked for ways to accelerate that timeline. 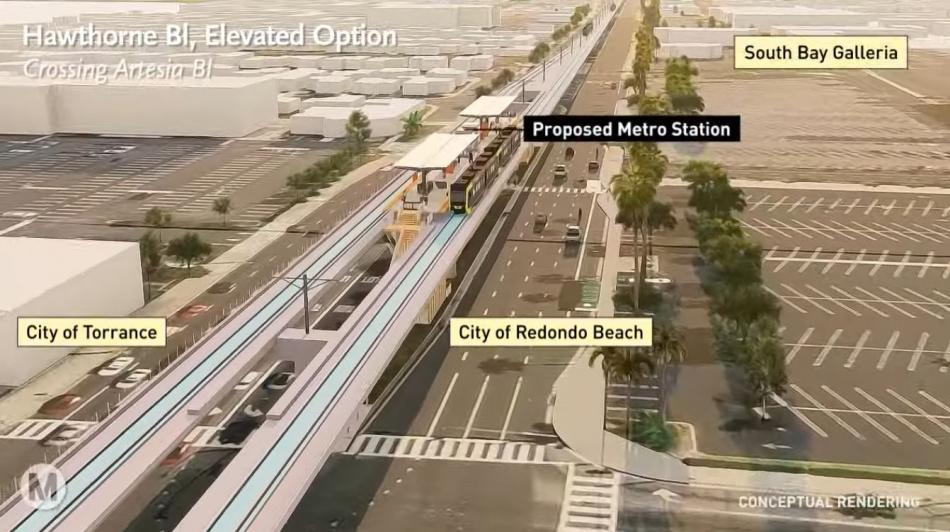