A shuttered retail center in Hollywood is set for redevelopment with a mixed-use apartment complex, per an application submitted this week to the L.A. Department of City Planning. 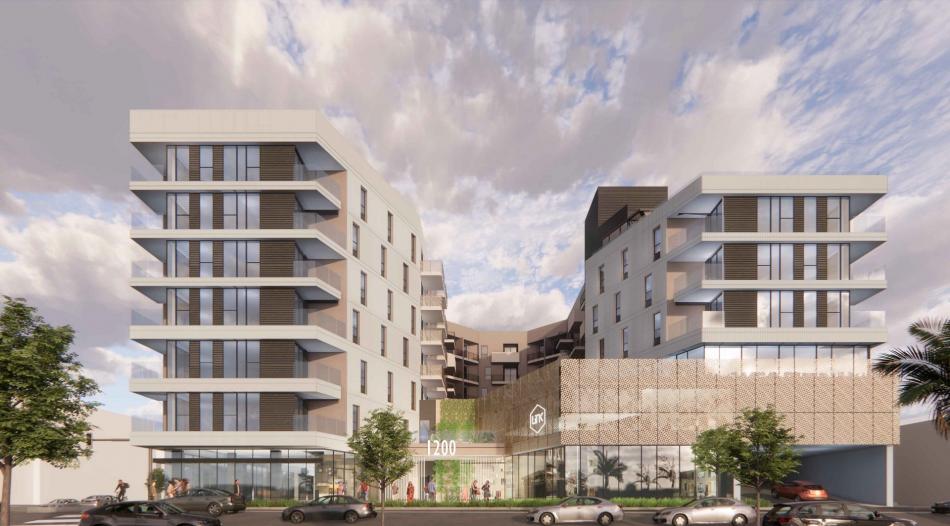 Requested entitlements include density bonus incentives to permit a larger building with more housing than otherwise allowed by zoning rules. In exchange, 17 of the proposed studio, one-, and two-bedroom apartments would be set aside for rent as affordable housing at the very low-income level.

KTGY is designing 1200 Vine, which is depicted as a contemporary podium-type building with habitable uses and apartments wrapping above grade parking. Retail would line the property's Vine Street frontage, while a small plaza would face Lexington Avenue to the south. Plans also call for a podium-level amenity deck, and two additional amenity decks at the roof level. 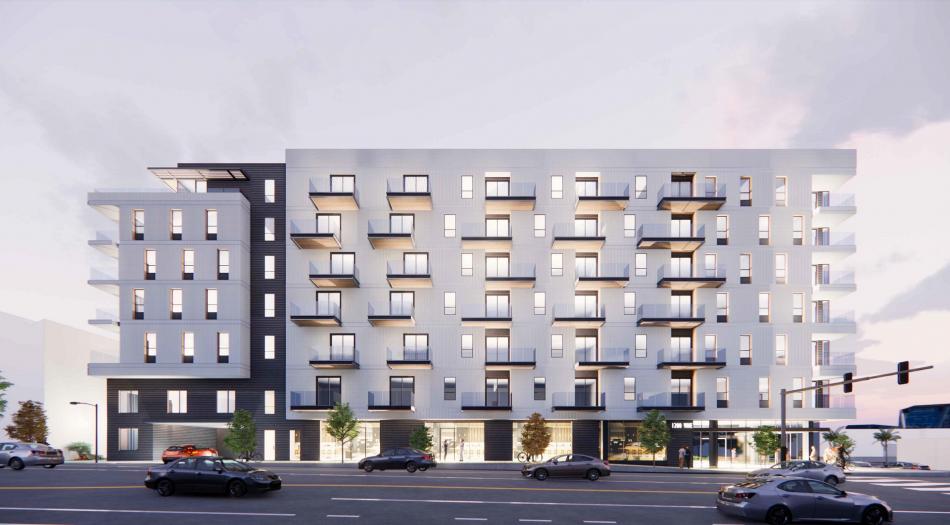 Grubb Properties, which acquired the development site for $17 million in late 2021, will name the project "Link Apartments Vine" according to a brochure posted to its website. That brochure indicates that the total cost of the development will be approximately $92.2 million, with an expected completion date in 2025.

The project is one of a string of new housing developments from Grubb in the Los Angeles area, including another mixed-use apartment complex which would rise on Lankershim Boulevard in North Hollywood and 77-unit building planned just off of Olympic Boulevard in Koreatown.

The Vine Street site sits directly east across the street from a currently empty lot where the Cooper Family and Plus Development hope to build an eight-story, 109,000-square-foot office building. The property is also located a few blocks northeast of the Television Center campus on Santa Monica Boulevard, where a $600-million redevelopment with offices and soundstages was announced this week. 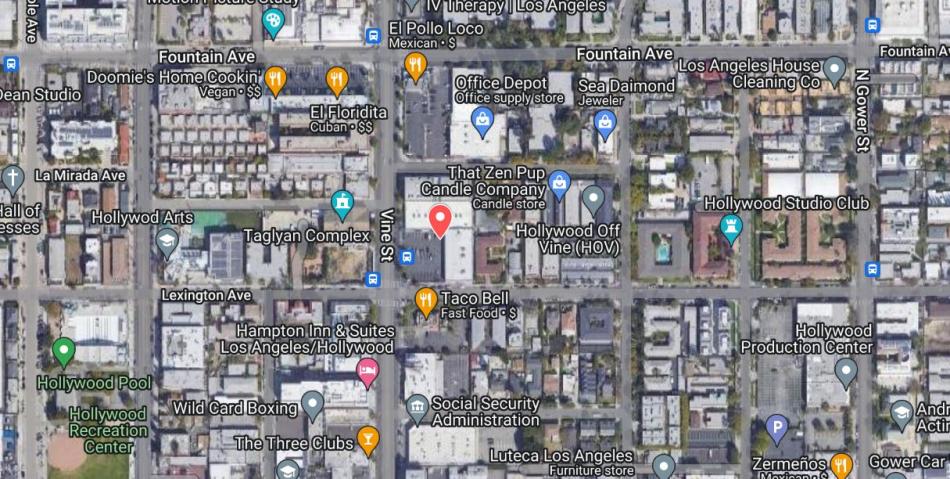