In a unanimous vote taken earlier this month, the Los Angeles City Council has rejected an appeal which sought to block the construction of a proposed mid-rise office tower just south of the Sixth Street Viaduct in the Arts District. 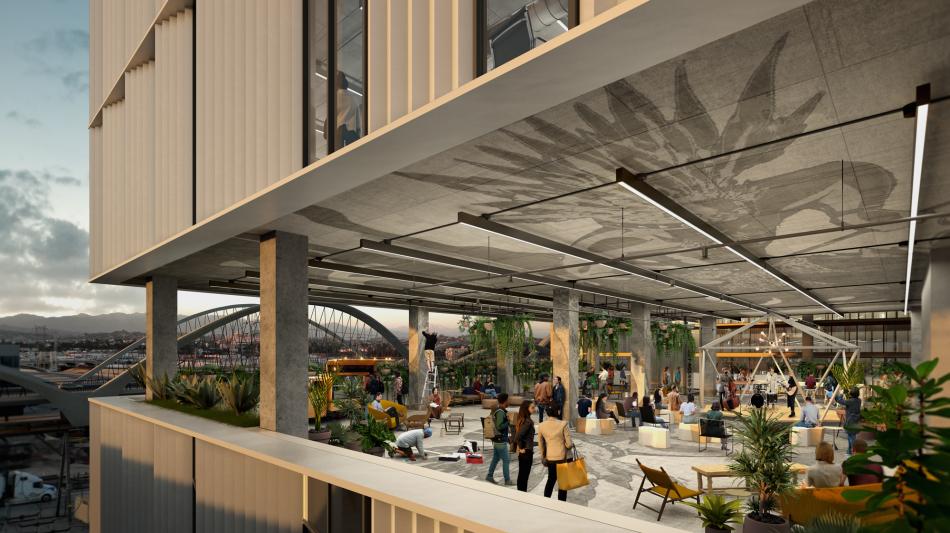 View of parking deck in use as event spaceEYRC Architects

For two years, Continuum Partners and Platinum Equity have sought entitlements for a property at 640-657 Mesquit Street, where the developer and private equity firm hope to construct a 14-story building featuring approximately 190,000 square feet of offices, 4,325 square feet of ground-floor commercial space, and podium parking for nearly 400 vehicles.

Designed by EYRC Architects, the proposed building would rise approximately 195 feet in height and feature an exterior of corrugated metal, concrete, and glass. Besides the proposed commercial uses and associated parking, the project would also include an L-shaped pedestrian paseo at street level, allowing pedestrians to cut through the property between Mesquit Street and Jesse Street.

The tower, which was approved earlier this year by the City Planning Commission, is expected to be built over an approximately two-year period, with completion set to occur as early as 2025. 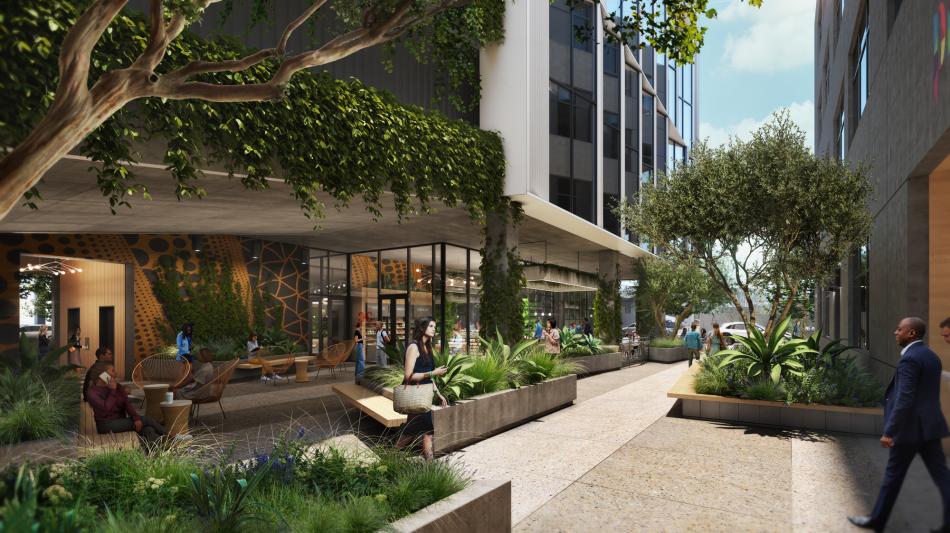 View of paseo at 655 MesquitEYRC Architects

As with its prior Planning Commission hearing, Continuum and Platinum Equity once again an appeal CREED LA, an alliance of multiple building trade unions, which once again insisted that the 655 Mesquit should be the subject of a full environmental impact report, citing deficiencies in the mitigated negative declaration compiled for the project.

Whether or not market conditions are conducive to the construction of new office buildings, developers are nonetheless proceeding with a number of similar projects in the Arts District - mostly in the industrial area adjacent to the Sixth Street Viaduct. Los Angeles-based Lowe recently completed work on a project a few blocks south on Violet Street, and other firms such as Onni Group, Jade Enterprises, Skanska, Tishman Speyer, and Hines are pursuing their own developments. Likewise, the proposed 670 Mesquit complex across the street would also include a large block of office space.

The 655 Mesquit development is something of an encore for Continuum, Platinum Equity, and EYRC, which previously worked on the Produce LA complex next door on Santa Fe Avenue. The proposed mid-rise tower is set to replace a parking lot which serves Produce LA.