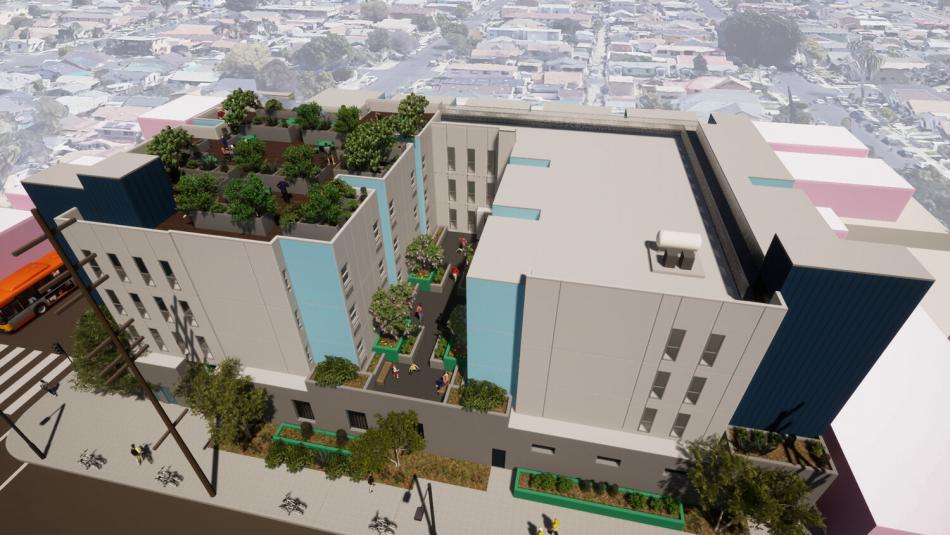 Earlier this year, the Department of Building and Safety issued construction permits for the new project at the southeast corner of 61st and Main Streets, which calls for the construction of a four-story building featuring 87 one-bedroom apartments above street-level parking for 44 vehicles.

Approved plans utilize Transit Oriented Communities incentives to permit a taller building with less open space than otherwise required by the property's base zoning. In exchange, 18 of the apartments would be set aside as deed-restricted affordable housing at the low- and extremely low-income levels, replacing nine rent-stabilized units which previously stood on the site. 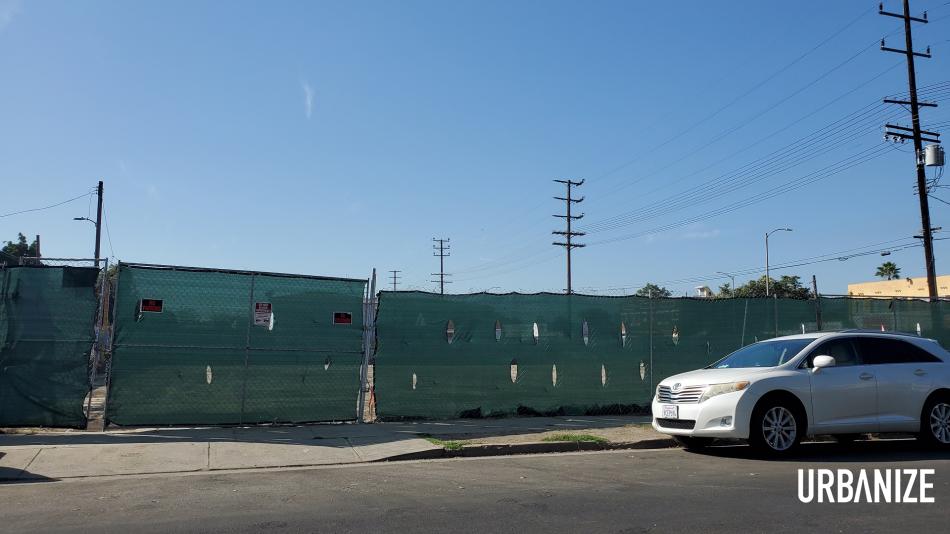 The Architects Collective is designing the contemporary low-rise building, which will be composed of prefabricated modular units built off-site, then stacked above a single-story concrete podium. Images show that the apartments would be arranged in a U-shaped footprint above the first floor, creating space for a central courtyard area. Plans also call for a rooftop amenity deck.

"The design challenge was to develop a comfortable one-bedroom apartment module that meets the stringent code requirements of the federal Section 8 housing voucher program within a 400 [square foot] unit," explains a narrative from The Architects Collective's website. "Each unit includes one-bedroom window and one living room window, allowing ample light and air into the interiors.  A series of five-foot wide light wells accords a uniform rhythm to the building façade as the light slot created by the living room window is mirrored with the adjacent unit and stacked."

SoLa Impact, which owns a large portfolio of rental housing, has used opportunity zone funds to invest in a slew of similar mixed-income and affordable housing projects in South Los Angeles and other neighborhoods, such as the unincorporated community of Westmont.