A five-year-old proposal to redevelop the former Arts District home of the A+D Museum has reemerged - with some noticeable changes. 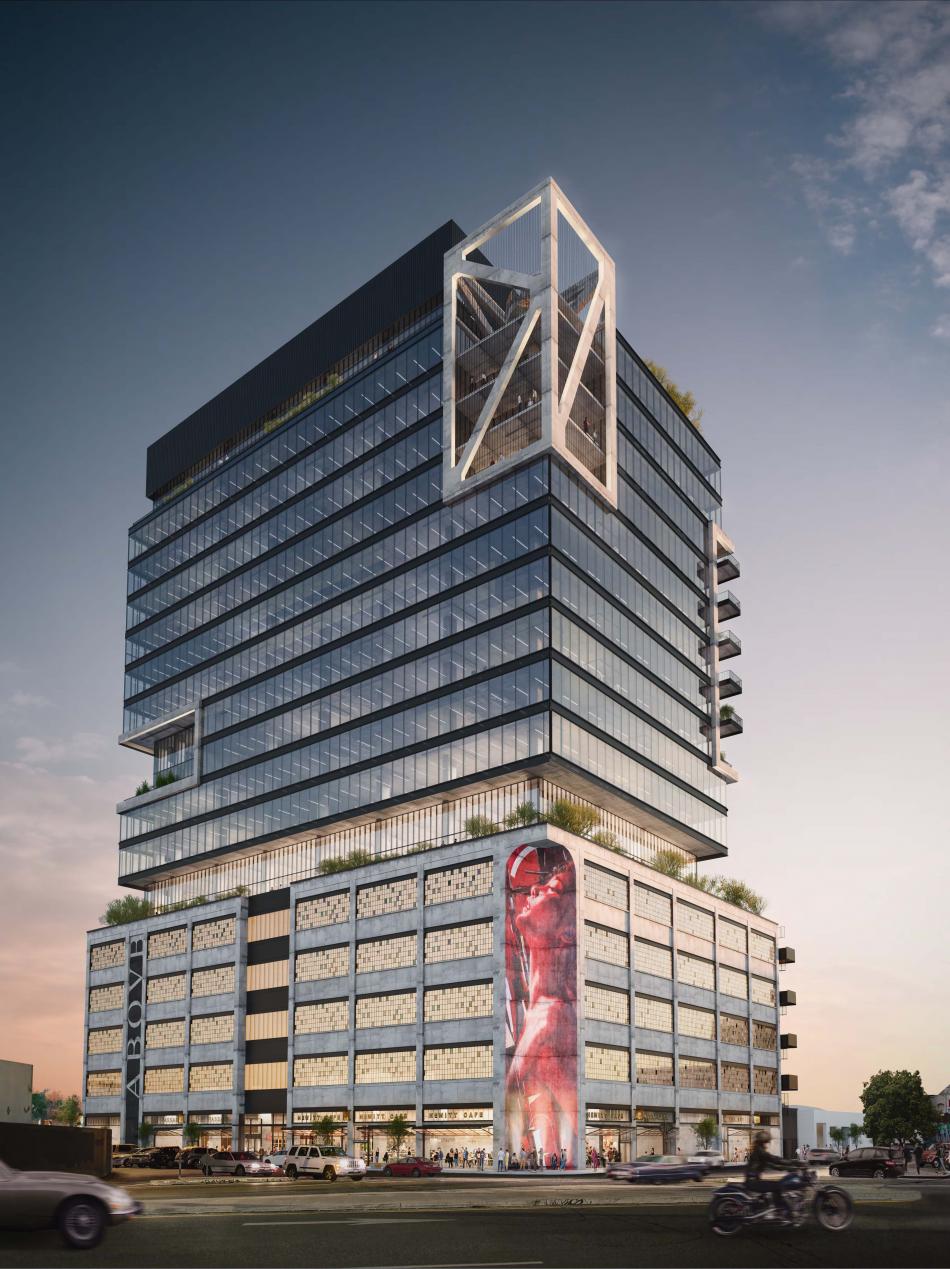 In 2017, an entity affiliated with Legendary Group submitted an application to the City of Los Angeles seeking approvals to build an 11-story, 255,000-square-foot office building at the intersection of 4th and Hewitt Streets, while retaining a single-story structure that was then occupied by the A+D Museum.

A revised plan, revealed this week, sticks to the original concept - but in much grander scale. The project is now envisioned as a taller 18-story tower, while still maintaining the existing 7,800-foot building that now exists on the property. Plans call for a total of 311,682 square feet of offices on the upper floors of the building, with 8,149 square feet of restaurant space at the ground floor, flanked by a new landscaped courtyard fronting Colyton Street.

As with the earlier project, the office tower would be stacked above a large parking podium. A garage would span three subterranean levels and five above-grade levels, according to architectural plans. 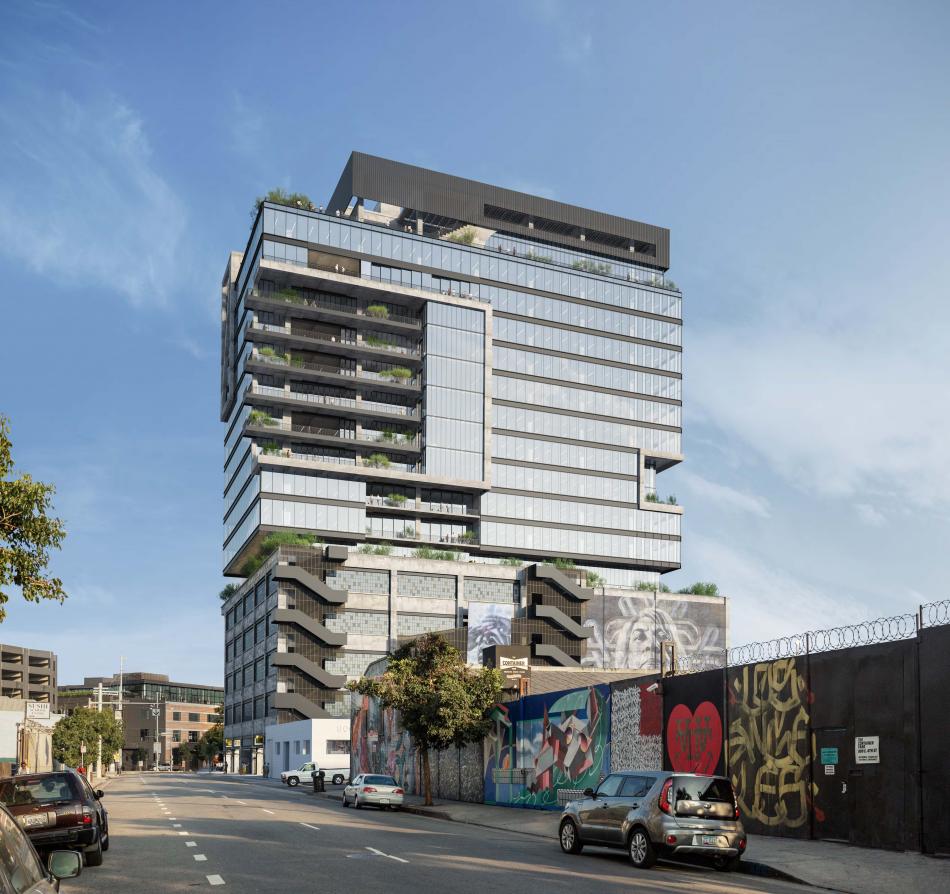 Gensler remains the architecture firm behind the project, named "Above," which will rise to a maximum height of 297 feet above street level. Renderings depict the building's parking levels with an industrial aesthetic, while its upper floors would have a contemporary glass facade. Terrace decks with tenant amenity spaces are planned at the top floor, and above the podium.

"The Arts District has recently seen an emergence of tenants looking for unique creative office space as demand looks to outweight supply," said McKenna Gaskill of Cushman & Wakefield, which is leading the leasing effort for the property. "We received nearly 800,000 square feet in tenant inquiries in [the first quarter of 2022]." 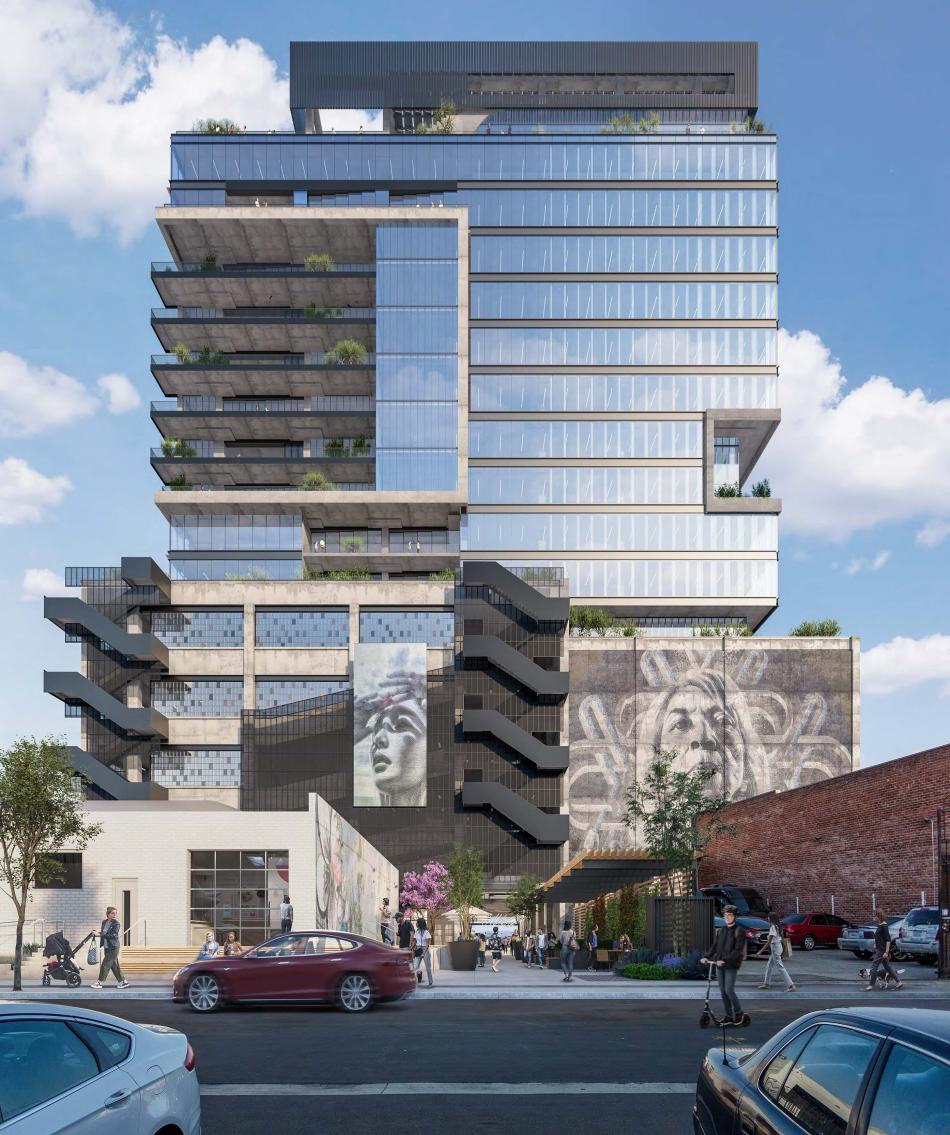 Plans for a larger office building at 4th and Hewitt come as the Arts District emerges as an employment hub, with Spotify, Honey, and Warner Music Group setting up shop nearby, and an number of large office developments set to follow.

Likewise, the Arts District is no longer a stranger to high-rise buildings, with construction underway for the 35-story Alloy development a few blocks east at 520 Mateo Street. Developers such as Onni Group have also secured approvals for towers in the neighborhood.

"New developments such as Above, along with under construction projects like 2130 Violet and 520 Mateo look to be the next wave of modern high-rise projects, propelling the Arts District beyond a mom and pop, adaptive reuse market into what should be the top tenant attracting market in all of Los Angeles," said Condon.