Three months after announcing the acquisition of the sprawling 6th and Alameda site in the Arts District, East End Studios has unveiled plans to redevelop the property into a film and television production campus. 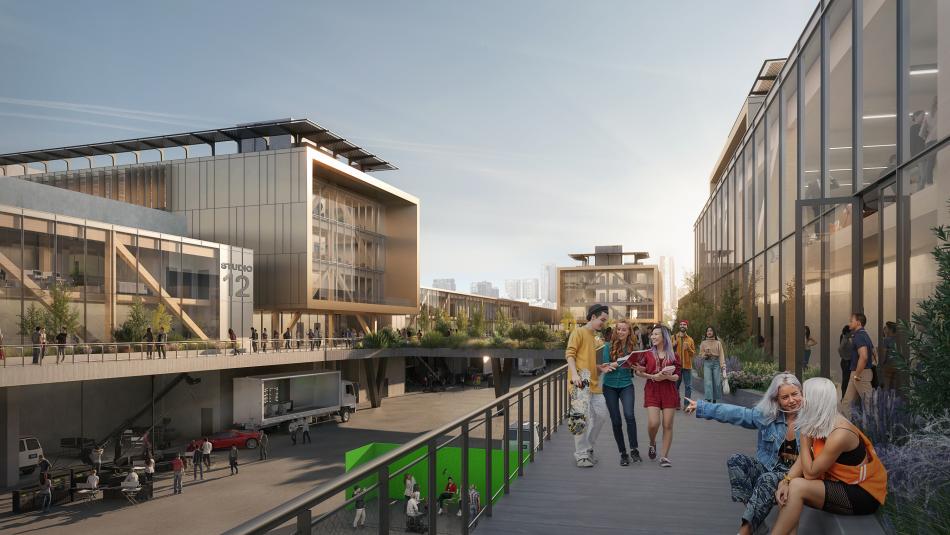 The 15-acre property, located at the southeast corner of the intersection, is currently improved with two produce warehouse buildings and surface parking. East End intends to raze those existing improvements, clearing the way for the construction of an approximately 720,000-square-foot development which would include:

Additionally, plans call for parking for 1,327 vehicles on the property, the bulk of which would be located below ground.

“As studio developers focused only on premier locations, we jumped at the opportunity to build a world-class campus for digital content production in the Arts District,” said East End Studios managing director Shep Wainwright in a news release. “The existing and proposed amenities in the area, the sheer size of the property, and the billions of dollars of nearby transit investment represented an unmatched opportunity to bring desperately needed modern production space to Los Angeles.”

Grimshaw and Studio MLA lead the design team for the project, called the ADLA Campus, which is described as having a “Campus on Top” approach with offices featuring outdoor terraces on the upper floors of the buildings, and vehicular circulation and studios below.

“By taking a vertical approach to the campus design, we free up valuable land area for larger studios and base camps while also creating better pedestrian and vehicular circulation between the soundstages and creative workplace space,” says Grimshaw partner Andrew Byrne. “Additionally, we are very excited to work with our neighbors in the Arts District to ideate our planned open space on Mill Street.”

While the campus would not be open to the general public, the project makes some effort to incorporate itself int the surrounding neighborhood, with a transparent facade at ground level along 6th Street shown in renderings. The Los Angeles Times reports that the project's backers hope that the up to 1,000 employees who would work on the property could invigorate street life in the Arts District.

The Times reports that East End hopes to secure approvals for the ADLA Campus within two years, and complete construction two years after that point. 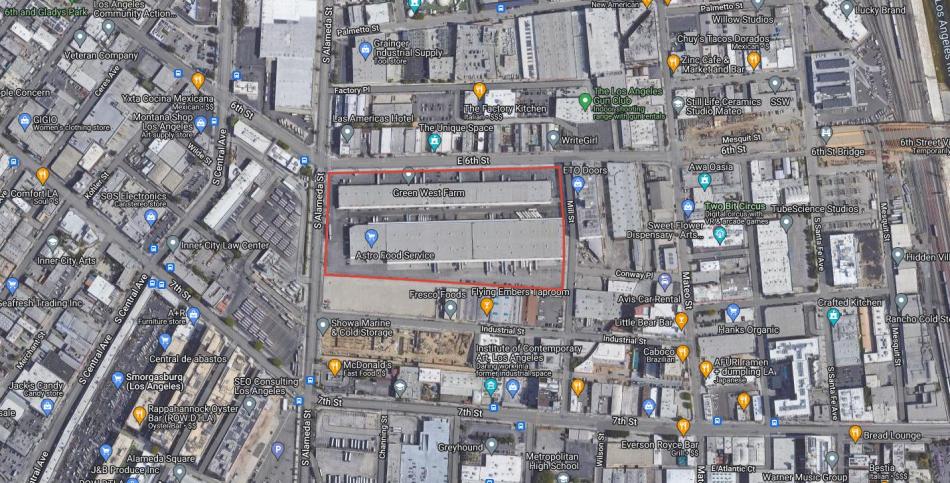 The project, which emerges as demand for Los Angeles area soundstages and production space continues to sizzle, is not the only studio campus in the works for the Arts District. A short walk south on Alameda, Atlas Capital Group is planning soundstages at the site of the L.A. Times printing plant.

East End Studios is also looking to capitalize on that demand outside of Downtown, with new projects planned in Boyle Heights and Glendale.

The ADLA campus, which would be located near the new Sixth Street Viaduct, follows in the wake of an unrealized plan by Irvine-based developer SunCal to build a $2-billion, Herzog & de Meuron-designed high-rise complex on the property.