An orange tower crane stands high above the intersection of Olympic Boulevard and Hill Street, where prolific developer prolific Onni Group has commenced vertical construction at its largest Downtown Los Angeles high-rise yet. 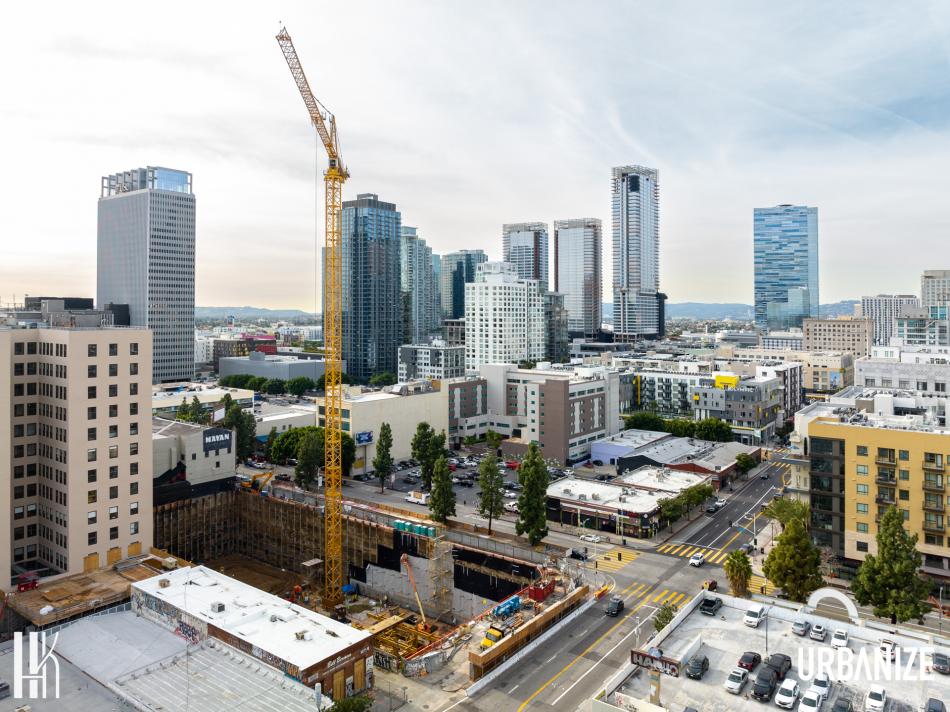 The project, which has the addresses of 230 W. Olympic Boulevard and 1000 S. Hill Street, will consist of a 60-story building featuring 700 apartments on its upper floors. Below, plans call for a podium structure featuring a 1,000-car garage lined by 15,000 square feet of street-fronting retail and restaurant space.

IBI Group is serving as the architect of record for the glass-and-steel high-rise, taking the reins from Chris Dikeakos Architects, which handled the entitlement design. Set to stand 760 feet in height, the Olympic and Hill tower would be the city's 4th tallest building if completed today, and its tallest residential high-rise. 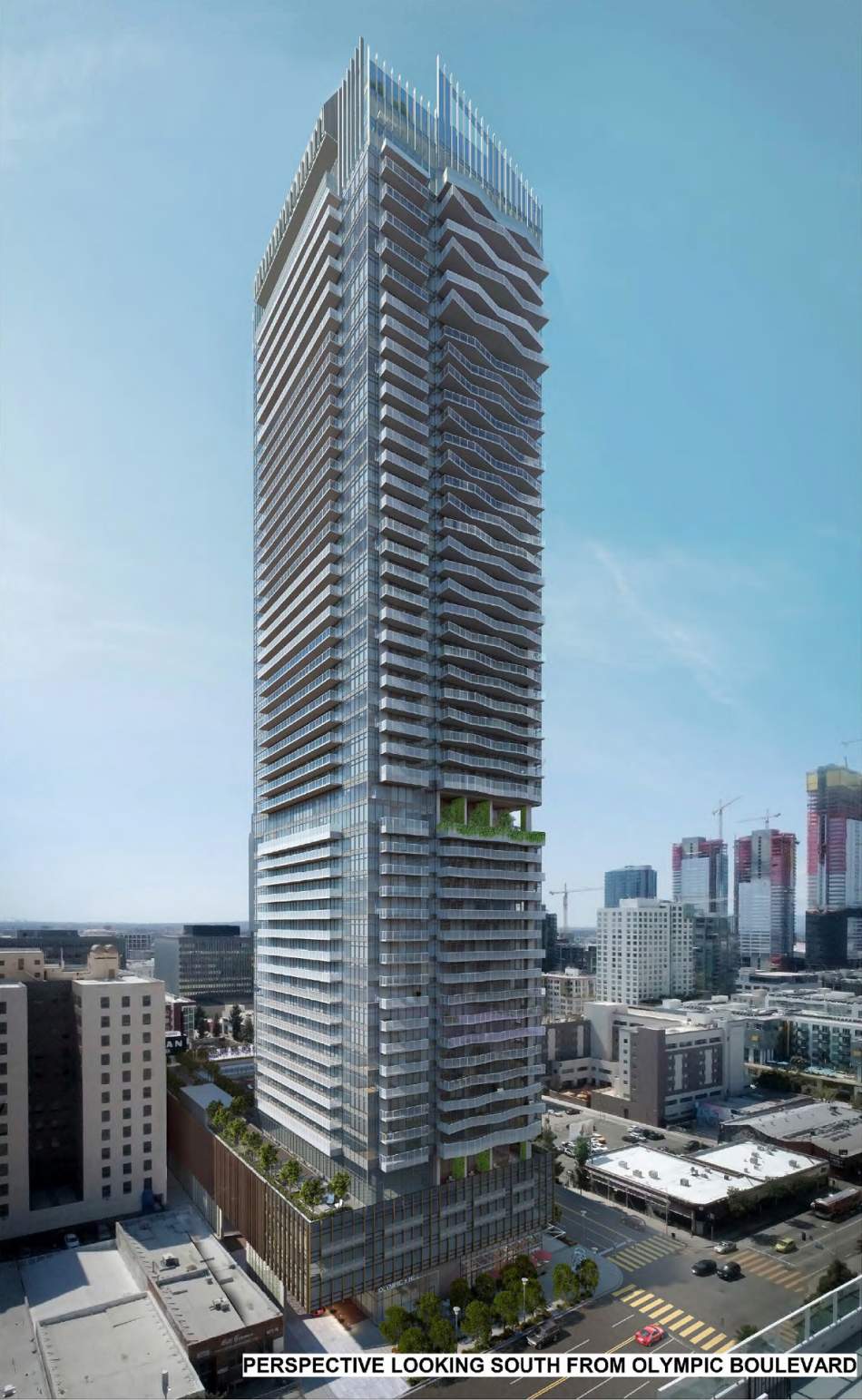 The tower, which has a contemporary look similar to Onni's other Downtown towers, takes the rare step of fully masking its above-grade parking - something which is encouraged, but not required, under the Downtown Design Guidelines. Habitable spaces and residential units are planned along the exterior of the garage, fully obscuring it from view along both Olympic and Hill.

An environmental study conducted for the project estimated that construction of the tower would be completed over period of approximately 30 months. 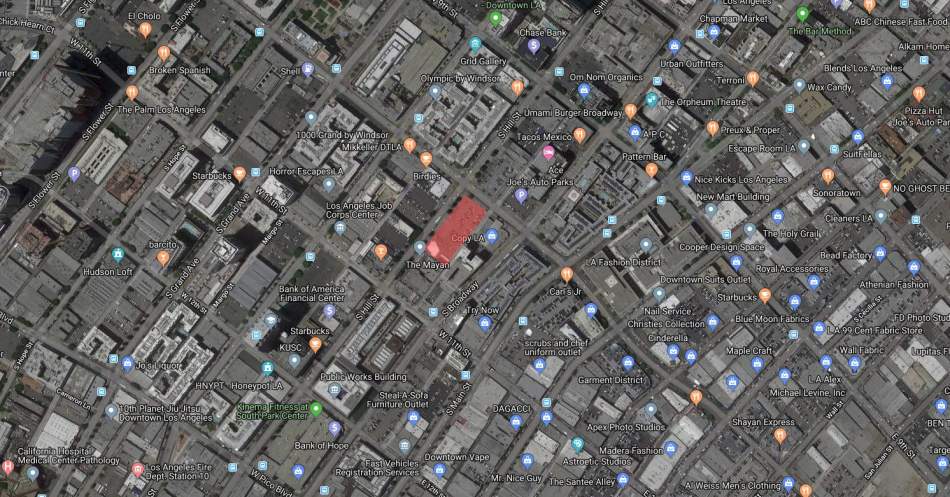 While the Olympic and Hill tower may stand head and shoulders above its low-rise neighbors along Olympic Boulevard, the project will eventually have similar-scaled neighbors one block to the south on 11th Street, where Mack Real Estate Development, Crown Group, and Crescent Heights have plans for four high-rise residential buildings on the blocks between Grand Avenue and Hill Street.

Onni Group, which has emerged as one of the biggest residential developers in the City of Los Angeles in the past decade, is also pursuing additional Downtown projects at the former home of the Los Angeles Times and in the Arts District. Outside of Los Angeles, the Vancouver-based firm is planning office, residential, and hotel projects in Hollywood, Mid-Wilshire, Long Beach, and Glendale.